I have written before about aspects of the Positive Confession movement, in which a sort of mind-over-matter approach is taken. Also known as the Word of Faith movement, or the name it and claim it theology, this says we basically can bring into reality whatever we want by positive thinking. See here for a previous article on this: billmuehlenberg.com/2010/09/29/problems-with-the-positive-confession-movement/

In addition to contradicting much of Scripture, or at least misrepresenting portions of it, another concern about positive confession thought is its close resemblance to cultic and New Age thinking. Many writers have noted these similarities. For example, John Drane in his book on the New Age makes these remarks:

“[T]hose conservative Christians who have gone on the offensive over [New Age practices creeping into the churches] have often engaged in behaviour that would be perfectly at home in the context of New Age therapies. . . . Anyone familiar with the Christian scene today – especially the evangelical wing – cannot fail to notice the huge increase in the popularity of motivational seminars and workshops, which constantly extol the virtues of the power of the mind and will over material reality, and suggest that with enough faith their clients can change anything.” 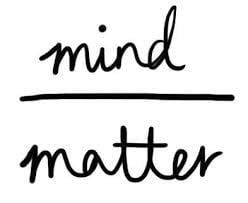 A thorough examination of the New Age Movement (NAM) and the mind sciences cannot here be undertaken. Only just a few examples can be given. Shirley MacLaine is one New Age advocate who speaks much of creating your own reality, of scripting your destiny. In one of her books she even claims she thwarted a mugger by willing a different reality.

Christian Science is of course famous for claiming that sickness is all in the mind. Indeed, it denies that sickness, pain and sin even exist – unless we ‘believe’ that they exist. As Mary Baker Eddy put it, “The cause of all so-called disease is mental, a mortal fear, a mistaken belief or conviction of the necessity and power of ill-health.”

The ability of your thought life to determine your reality is common to these movements. And this connection is often noted in the literature of the positive confessionists. For example, Kenneth Hagin admitted: “When I preach on the mind, it frightens some congregations. They immediately think of Christian Science.”

Or as Annette Capps puts it, “[S]eldom have I heard any messages that dealt with the soul, the mind, and the emotions. It seems that Christians are afraid of the mental realm because of such things as Christian Science, the metaphysical, mind control, and other cults.”

There is a well-known limerick which highlights this mind-over-matter approach:

There was a faith-healer from Deal
Who said that though pain is not real,
When I sit on a pin
And it punctures my skin,
I dislike what I fancy I feel.

Indeed, if I can continue in this lighter vein for a moment, the story is told of a boy who went to a Christian Science practitioner and asked him to pray for his father, who was very ill. “Your father only thinks he is sick,” the man told the boy. “He must learn to counter those negative thoughts and realize he is actually healthy.” The next day the boy came back, and the minister asked how his father was doing. “Today he thinks he’s dead,” replied the boy.

The New Age Movement very much emphasises these themes, especially visualisation. Visualisation, as practised in the NAM is the “use of mental concentration and direct mental imagery in the attempt to secure particular goals, whether physical, psychological, vocational, educational, or spiritual,” as Ankerberg and Weldon write.

In very simple terms, it is another type of ‘name-it-and-claim-it’ thinking. It emphasises bringing desired ends into actualisation by means of positive-thinking, will-power, use of incantations and chants, etc. The origins and/or connections of the practice of visualisation with the occult and eastern religions should serve as a warning to Christians.

The claims made by the word of faith movement sound strangely similar to the claims being made by NAM visualisation advocates. Kenneth Hagin says, “You will never be a conqueror until you confess you are one. If you wait to become a conqueror first to believe you are one, you are mistaken. You have to confess it first to become one. Faith’s confessions create reality.”

In another place he has a chapter entitled, “How to write your own ticket with God”. There he records a time when Jesus appeared to him. Hagin says Jesus said to him: “If anybody, anywhere will take these four steps [say it; do it; receive it; tell it], or put these four principles into operation, they will always receive whatever they want from Me, or from God the Father.”

While acknowledging that the request may not always arrive instantaneously, Hagin says “whether they are steps to be taken immediately, or principles to be practiced over a period of time, you can have whatever you say; you can write your own ticket with God.”

And another quote from Hagin: “Believe in yourself. Believe in what God said for you to do. Take the impossible and turn it into the possible for God this day. The time for victory in your life is now! Dream your dream and make it become a reality, because God in His Word has said so.”

C.S. Lovett puts it this way: “The ability to picture something which does not have existence is called IMAGINATION. Imagination is the most spiritual faculty of man. By means of imagination we can give reality to the unseen. We can picture things before they come into existence. . . . Man’s imagination allows him to create things in an endless stream. Anything he can conceive he can build – if given enough time.”

He goes on, “Faith for healing is expressed in the imagination. . . . There is no way to express faith in God’s healing laws apart from seeing yourself as healed. The only place that can be done is in the imagination.” Indeed, “Paul asks Christians to VISUALIZE truths in their minds, knowing they will come to pass in their lives if they do.”

Or as Jerry Savelle expresses it in his book, Giving Birth to a Miracle: “As you allow the Word by the Holy Spirit to conceive a faith image inside you, then you will become pregnant with that image. There will come a time in your life when you will give delivery.”

The mind over matter nature of the positive confessionists is often seen quite clearly in discussions of divine healing. Take the words of John Avanzini as an example: “Use your imagination to see things the way God intends them to be, instead of as they are. To do this, you will need a good, concise mental picture of God’s will for your future. If you are not enjoying good health, project pictures of yourself in the best of health on the screen of your imagination.”

Other quotes could be produced. The point is Christians involved in positive confession need to be aware that their practices may have more in common with the NAM and oriental philosophy than biblical Christianity. It may be going too far to say the church is somehow aligned with the NAM and the occult when involved in these activities (as some critics suggest). However, as Elliot Miller notes,

“The distinctive teachings of the ‘positive confession’ or ‘word-faith’ movement – that believers are ‘little gods’ who have a divine right to health and prosperity, and who can sovereignly ‘speak things into being’ through the power of their own words and faith – do have more in common with New Age ‘metaphysical’ teachings than with the biblical doctrines of regeneration and faith. But the larger context of these positive confession teachings is biblical theism (however imperfectly stated), not New Age pantheism. The people responsible for them would appear to be biblically erring Christians, not malicious conspiring New Agers.”

Hunt and McMahon offer stronger words, calling such practices “‘Christian’ shamanism”, “mental alchemy” and “Christianized idolatry”. They argue that whether you call it mental training, self-talk, positive mental attitude, mind over matter, creative visualisation, possibility thinking, positive thinking or positive confession, it all has roots in paganism and the occult and can lead believers into the world of the occult: “There is no more obvious link between paganism/occultism and modern psychological/religious practices than visualization.”

A number of positive confessionists do acknowledge the occult associations, but then downplay them. Consider this comment from Avanzini: “Notice that there are some who would surrender the use of this most holy process to the occult because they have counterfeited it. These false teachers have called it positive thinking, cybernetics or whatever name they might give their counterfeit. I will not answer those who would give up our right to this process.”

C. S. Lovett puts it this way: “SOUNDS LIKE MIND SCIENCE? I admit that. It’s true that the cults have discovered certain of God’s healing laws and use them to lure people into their webs. . . . But let me ask, should born-again believers be denied healing simply because certain cults exploit these laws?”

The name-it-and-claim-it mindset not only smacks of occultic and pagan practice and belief, but is simply often just plain silly. Is the person with a broken arm dangling away really to stand there and say over and over again, “My arm is not broken. My arm is not broken…”? This is not faith but foolishness. The Evangelical Alliance (UK) assessment of the HWG points out the foolishness of such thinking:

“Does the [name-it-and-claim-it] principle work in other situations? For example, if a person is unemployed and prays for a job, could we say that she has received that job even though the symptoms of unemployment persist? Is she to go out to work in the morning even though she has nowhere to go? If this is absurd, what makes the prayer for healing different, other than the fact that health is a more mysterious thing than employment?”

The line between faith, foolishness and presumption is fine indeed. While there is certainly a loose connection between our thought life and what we experience (think of psychosomatic illnesses, etc), and while not wallowing excessively in negativity has a role, the Positive Confession crowd has gone way too far with this, turning it into magic.

The idea that we can just make up things as we go along and create our own reality is not biblical Christianity. But it is deeply entrenched NAM thinking. Christians need to be quite wary here.

14 Replies to “Positive Confession and the New Age Movement”