The High Court ruling against federal funding of school chaplains raises a number of issues, and should give us all pause as to how we might respond. On the one hand this is another ominous decision, but there are other considerations here as well. First, the story itself goes like this, as one news account runs:

The High Court has ruled against federal government funding of school chaplains. Today it upheld the objections of Queensland father Ron Williams, who launched the case saying there was no place in public schools for non-secular programs. Former prime minister John Howard introduced the controversial program in the lead-up to the 2007 election. It allows Australian schools to apply for $20,000 grants towards the cost of employing a school chaplain.
The government seems to be considering legislation to keep the program going. During a press conference this morning Prime Minister Tony Abbott said the government would carefully study the judgment and make an appropriate response. He said the government supported the program and wanted it to continue. 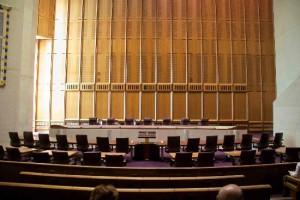 As I say, plenty of things can be said about all this. One is the extraordinary power that one angry misotheist can have on an entire nation. The majority of Australians still identify as Christians, yet here we have one irate atheist seemingly able to hold the whole nation to ransom.

Second, this tells us once again what a secular left government – or at least judiciary – we now have in Australia. We can easily see this as just another example of the relentless war against religion, and yet more anti-Christian bigotry. And this simply gets worse as time goes by.

Third, we could spend this entire article – and then some – telling about all the tremendous good school chaplains have done over the years. Countless school children have benefitted so very greatly from the service, self-sacrifice, and long hours of volunteer care by these chaplains.

A fourth issue is rather different, but nonetheless related. I refer to the general notion of government funding of schools. I do not have time here to get into that whole debate, but can just mention a few quick points. It was of course people like B. A. Santamaria who decades ago fought for some equity here.

He rightly argued that some people, such as Catholics, were facing double jeopardy in this: having to subsidise with their tax dollars secular government schools, while also having to dish out money to send their children to non-government schools.

Two other quick points about this: the debate can still be had as to whether and to what extent governments should be involved in school funding at all. And the case for a school voucher system can be raised here again, if there is to be such funding. I discuss that elsewhere: billmuehlenberg.com/1991/06/10/a-review-of-choice-in-schooling-by-david-kirkpatrick/

But back to this particular case. Several more things can be said about it. One important consideration is the old principle of course of “he who pays the piper gets to call the tune”. If governments fund religious bodies, then there will always be tremendous pressure for those groups to compromise their principles in order to keep the funding coming in.

That is a very real concern, and cases of it happen all the time. For example I know of one well-known and long-established Christian social agency which still receives government funding. Years ago it was part of a pro-family initiative, but it pulled out eventually.

The problem was this: it had to choose between compromise and capitulation – in this case, bowing to the homosexual agenda – and keep the money pouring in, or stand on Christian principle regarding marriage and family and resist the government pressure to conform.

Sadly this group decided to jettison its Christian principles and keep the government funding. Regrettably this is not uncommon. There is always a risk when a Christian group allows itself to be dictated to by secular left governments, simply to get some finances.

Perhaps better to stay fully true to God and his Word, and allow him to provide the finances, instead of depending on the secular state, with the constant temptation to water things down and go for the easy compromise. As such it may well be crunch time for many such Christian bodies.

As the government gets increasingly hostile to all things Christian, many of these groups will have to make a clear choice: will they stay true to biblical Christianity, or will they cave in order to keep the public monies flowing? This may well be one of the defining gospel tests of our time.

And there is plenty of reason to worry about such government pulling of the strings. Consider what one radical homosexual activist has said about the chaplaincy programs. He is crowing about how many of them have already caved in and are now happily supporting the homosexual agenda:

Last week in Launceston and Burnie, groups of chaplains participated in professional development training about the needs of LGBTI young people. The training was conducted by Relationships Australia (RA) with the support of the Scripture Union of Tasmania which runs the Tasmanian school chaplaincy program. More training is planned across the state in the coming months. I understand the training was well received. RA’s Tasmanian LGBTI suicide prevention project officer, Sharon Jones, said afterwards:
“The training was a great success with chaplains enthusiastic to learn about LGBTI issues. I’m confident they will take what they learnt into the work place and look forward to doing more training with chaplains soon.” The Chaplaincy Development Manager at the Scripture Union, Peter Swift, was also pleased with the results: “There have been many misunderstandings about the chaplaincy program. Chaplains support and work alongside anyone in a non judgmental, caring way. It has been good to be part of this training and we look forward to continuing to work with the LGBTI community in training our chaplains.”
My hope is that from small beginnings in Tasmania, training of chaplains in LGBTI issues will become standard across Australia. I’m optimistic that this training, together with clear state education department guidelines about how chaplains deal with LGBTI students, can turn chaplains into a valuable resource for these students and their families.

Let me translate that last line for you: “I am thrilled that we can turn these formerly Christian chaplains into willing dupes, pawns and facilitators of the anti-biblical homosexual agenda.” That is really what is happening here. And if that is the case, then all the more reason to tell the state to get lost.

If the only thing that happens with such state funding is that more and more Christian groups compromise on core biblical truths and simply capitulate to the spirit of the age, then I for one say, be gone to all such funding. Far, far better to fully rely on God for a change instead of sucking up to a hostile and secular state.

This will indeed separate the men from the boys, the sheep from the goats. Who will stand for Christ, trust in him alone, and refuse to bend the knee to Baal? Will we abandon Christian truth just to get government handouts, or will we fully trust God in all things – including the financing of Kingdom works?

So this decision can be looked at in various ways. And it may well be a mixed blessing. Yes it is another sad example of anti-Christian bigotry. But it may well wake up some Christian groups, and cause them to look at what is really important, and who they really trust in.

If it causes a few groups to repent of compromise, capitulation, and dependency on the secular state, that may be a very good outcome indeed.

29 Replies to “School Chaplaincy under Attack”