OK, so what are we to make of this: Two million dollars – presumably of our tax dollars – was seemingly donated by Australia Post to an Islamic museum in Melbourne. Yes, you read that right. Over $2 million was given to the museum by the head of Australia Post, who happens to be a Muslim. The story goes like this:

Australia Post donated more than $2 million to an Islamic museum in suburban Melbourne in lieu of a bonus it was due to pay its chief executive, Ahmed Fahour. The Herald Sun can reveal Mr Fahour asked for the bonus to be donated directly to the Islamic Museum of Australia, of which he is patron. The donation was made months ago, but has only emerged now, when Australia Post is sacking 900 staff to stem the losses at its domestic mail division. Mr Fahour said he and his family had been able to make a “substantial contribution’’ to several not-for-profit organisations in recent years.
“Earlier this year, I announced that my family had contributed $4 million to the Islamic Museum. We have also made contributions to a number of other community causes such as schools, sporting clubs and the arts,’’ he said. The Herald Sun understands the bonus formed part of the $4.8 million salary that Mr Fahour was paid in the 2012-2013 financial year. The donation – expected to be declared in Australia Post’s financial report later this year – raised eyebrows within the organisation, with a source questioning the size of the bonus and the fact it was donated to a charity closely linked to Mr Fahour’s family. 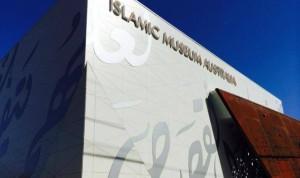 It is not fully clear whose money it actually was. The article goes on to say that another source said the donation was a private one. So there is a bit of ambiguity in this article as to what exactly is going on. But nonetheless, it seems some hard questions need to be asked here.

As we just recently learned, Australia Post is losing heaps of money, and laying off heaps of workers throughout the country. If AP is in such a bad way, why in the world is the head of it being given a $2 million bonus? Heads would roll if this happened in a private business.

But because it is a taxpayer-funded entity, it seems that anything goes. And even if things are a bit hazy about the exact money transfer, most Australians would rightly put two and two together: Fahour was given $2 mill, and he in turn gave $2 mill to the Islamic museum.

If this money was more or less a transfer – even if a somewhat circuitous transfer – of our tax dollars, then we have every right to show some concern. Of course individual citizens are free to donate to whatever cause they like, even the political ideology of Islam.

But when it sounds like a straight line can basically be drawn between a taxpayer subsidised payment, and then an equivalent amount going to such a cause, we are right to be rather concerned. And by the way, where are all the secular lefties when you need them?

If a Christian head of a public body had done the same, and given a massive gift to a Christian body, these guys would be demanding his head on a platter, and decrying how his faith is feeding off the public trough. But here we have nothing – simply crickets chirping.

So as I say, there seem to be quite a few unanswered questions remaining about all this. Other questions would include why a Federal MP like Hockey would even bless this museum with his public presence in the first place. Given that Islam is completely inimical to and incompatible with Australian values of democracy, freedom, rule of law, and genuine pluralism, why would he even go to such an occasion?

This is simply more dhimmitude and appeasement on the part of our Government. No wonder we keep losing these battles when so many of our politicians seem to be utterly clueless about the real nature of Islam.

And speaking of hard questions, here are a few more we might be asking: perhaps some intrepid souls need to visit the Muslim museum, and while inside, ask the folks there a few penetrating questions, such as the real nature of jihad, why violent terrorists of late seem always to be Islamic in nature, why so many Muslims in Australia fail to fit in and unite with our culture, and so on.

I dare say the answers will be so much baloney. But since we seem to be funding this place, at least in part, we have every right to be asking such questions.