The New Testament warns repeatedly that God’s people will face opposition, ridicule, attack and insult. It also provides plenty of help on how to withstand all this, and remain firm in our loyalty to Christ and the Kingdom. We are to expect persecution and reproach, but we are also to expect the wherewithal to persevere and stand strong.

But we also find such warnings and encouragement in the Old Testament as well. Since I am rereading the book of Isaiah at the moment, it might be worth considering one such occurrence of this. In Isaiah 51 we find several stanzas urging Zion to listen, with words of comfort and hope along the way.

The permanency of God’s salvation is contrasted with the temporary nature of all that wars against it. The third such poem is found in verses 7-8: 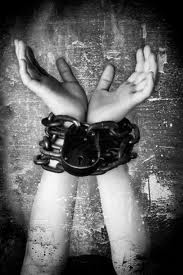 “Hear me, you who know what is right,
you people who have taken my instruction to heart:
Do not fear the reproach of mere mortals
or be terrified by their insults.
For the moth will eat them up like a garment;
the worm will devour them like wool.
But my righteousness will last forever,
my salvation through all generations.”

The attacks will come – but we are not to fear them. The righteous must in fact expect such resistance. John Oswalt puts it this way, “As 50:10 made plain, such persons, fearing God and listening to his Servant, will certainly find themselves at odds with a fallen world. The reproach and revilings of the world are stated not as possibilities but as givens. It cannot be otherwise.”

But such opposition will only be temporary, while the work of God on his people’s behalf is everlasting. Such attacks and enmity is not an indication that God has abandoned his people, just as the war against the Servant is not reflective of divine abandonment.

As Raymond Ortlund says, “The third incentive to keep listening is that God is a courage-inspirer. No one has ever listened to God without reward, without benefit. The love of righteousness he puts in our hearts will be satisfied forever, and no one can take it away from us. We might talk ourselves out of it and quit. That’s our only real danger – our own unbelief and timidity. We should fear nothing else.”

And we must bear in mind how short lived our opposition really is. As Gary Smith comments, “Verse 8 explains why the righteous people do not need to fear or be dismayed by the things people say. The truth is that these wicked people will get their just punishment.”

They will be destroyed just as assuredly as a moth or a worm will destroy a garment. “The significance of this metaphor points to the ultimate demise of those insulters who do not fear God or walk in his righteous way.”

Just as the Servant will be attacked, vilified, insulted and opposed, so too will God’s people. If it is good enough for our Lord, it must be good enough for us. If he could not escape such reproach, resentment and ridicule, why do we think we can?

Alec Motyer explains the close connection between the Servant and God’s people: “The distinctive theme of the poem is its development of the parallel between the Servant and the believing remnant. He too faced charges levelled against him (50:8) but reminded himself of the essential frailty of those who would condemn him (50:9).

“Like him, those with the Lord’s teaching in their hearts (7) will face reproach (insults aimed at them because of their faithfulness) and must be prepared for a life of perseverance, holding believingly on to the eternal significance of their salvation from the Lord (cf. 2 Cor. 4:16-18). Opposition comes with a terrifying appearance of strength and endlessness, but to yield to it means leaving the eternal for the temporary.”

And when the Servant did finally appear, he vividly demonstrated both truths: persecution and resistance will come, but those who are truly of God will stand strong and prevail. As he stated in John 15:20: “Remember the words I spoke to you: ‘No servant is greater than his master.’ If they persecuted me, they will persecute you also. If they obeyed my teaching, they will obey yours also.”

A.W. Tozer offers this word: “The Christian need not expect to escape opposition. As long as Satan stands to resist the sons of God, as long as the world and the flesh remain, the believing man will meet opposition. Sometimes it will be sharp and obvious, but mostly it will be just the hidden and unsuspected friction set up by circumstances. No one need be anxious about this, however, for God has figured it in and made allowance for it.”

So let us expect opposition and persecution, and let us determine ahead of time to endure, and to stand firm. As John Bunyan once rightly said, “I have often thought that the best Christians are found in the worst of times.” Or as Charles Spurgeon remarked, “Persecution is the heirloom of the church, and the ensign of the elect.”

Last century certainly provided us with many examples of this. Christians felt the full wrath of the Nazis and communists. Two who knew all about this are worth citing here. Consider what Richard Wurmbrand said in his book Tortured For Christ:

“It was strictly forbidden to preach to other prisoners. It was understood that whoever was caught doing this received a severe beating. A number of us decided to pay the price for the privilege of preaching, so we accepted [the communists’ ] terms. It was a deal; we preached and they beat us. We were happy preaching. They were happy beating us, so everyone was happy.”

And Corrie Ten Boom who suffered so horribly under Hitler said these important words: “We have failed. We should have made the people strong for persecution rather than telling them Jesus would come first. Tell the people how to be strong in times of persecution, how to stand when the tribulation comes – to stand and not faint.”

2 Replies to “Standing Firm Amidst Opposition”