There are several ways an enemy can be successful. One is to launch an all out assault. Another is to get the other side to simply capitulate and surrender. A third is a combination of the two. We see all of these being utilised by Islam in its war against the West.

It is obviously doing plenty of direct attacks, through missiles or suicide bombers or various other forms of bloody jihad. But equally concerning is how many Western leaders are falling over each other as they attempt to placate, appease, and mollycoddle up to Islam. 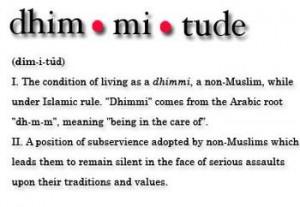 All over the West we see various elites, leaders and politicians bending over backwards to ingratiate themselves to Islam, often while denigrating and slamming their own Christian heritage. In the US Obama has of course turned all this into an art form.

As I have documented time and time again, there is absolutely no question that Obama is the most pro-Islam and most anti-Christian POTUS ever. See here for just some evidence of this: billmuehlenberg.com/2012/07/22/welcome-to-the-islamic-states-of-america/

But consider the latest case of him grovelling to his Islamic buddies. Just a few days ago he released this official statement:

As Muslims throughout the United States and around the world celebrate Eid-al-Fitr, Michelle and I extend our warmest wishes to them and their families. This last month has been a time of fasting, reflection, spiritual renewal, and service to the less fortunate. While Eid marks the completion of Ramadan, it also celebrates the common values that unite us in our humanity and reinforces the obligations that people of all faiths have to each other, especially those impacted by poverty, conflict, and disease.
In the United States, Eid also reminds us of the many achievements and contributions of Muslim Americans to building the very fabric of our nation and strengthening the core of our democracy. That is why we stand with people of all faiths, here at home and around the world, to protect and advance their rights to prosper, and we welcome their commitment to giving back to their communities.
On behalf of the Administration, we wish Muslims in the United States and around the world a blessed and joyous celebration. Eid Mubarak.

What!? Common values? Achievements and contributions? Blessed celebration? Only a fool or a dhimmi could come up with those appalling remarks. Umm, no, we do not share common values at all. One side values freedom, democracy, pluralism, and freedom of religion, while the other side does not.

One side respects the role of women, of conscience, of the rule of law, and of properly understood separation of church and state, while the other side does not. One may as well have made similar statements during WWII, praising the Nazis for holding similar values and beliefs.

As one commentator said:

Since he’s taken office, Obama has made it a tradition to annually celebrate Ramadan at the White House and has increased the focus on the Muslim faith, while downplaying the Christian faith. For a man that claims he is a Christian, why would he go out of his way to celebrate another religion’s main holy day?
In May of 2012, Obama’s pastor of over 20 years, Jeremiah Wright, stated that Obama was raised as a Muslim and “knew very little about Christianity.” He went on to say that he “made it easy for him to not feel guilty about learning about Christianity without turning his back on his Islamic friends.”
We’re all used to the continual pandering and glorification of Islam by this man. But to actually say that Muslims have built the fabric of our nation is absolutely preposterous.

Quite right. But Obama is not alone in this grotesque appeasement and capitulation to our enemies. Closer to home we have rather similar displays of dhimmitude and utter cluelessness about the reality of Islam, also made by our leaders, some of whom also claim to be Christians.

Consider the bizarre kowtowing of NSW Premier Mike Baird. Here is how one newspaper reports on his complete surrender to Islam:

NSW Premier Mike Baird has fasted to mark the end of Ramadan, and has told the state’s Muslims they have a strong friend in government after controversial comments by Community Relations Commission chairman Vic Alhadeff.
Speaking at the annual Iftar dinner to mark the end of the Islamic fasting period, Mr Baird, a Christian, received a loud applause when he said he used the experience of a day’s fast to reflect.
‘You think … of everything we take for granted,’ he said on Thursday night. ‘Multiculturalism is alive and well in NSW. It is something of which we’re very proud.
‘And as I reflect on Ramadan, it just is a reminder of the need to protect that, to ensure we do everything we can to protect it.’
The Muslim community had a strong friend in government, Mr Baird told the gathering of community leaders in the Strangers Dining Hall at state parliament. ‘I truly believe everyone who has come here tonight is a friend,’ he said.

This guy obviously does not know a thing about Islam. He clearly does not know much about the Christianity he claims to represent. And he certainly knows nothing at all about what Ramadan actually is all about. How in the world can we celebrate a political and religious event which is known for implementing violent jihad?

Baird is completely clueless here. If he ever actually wanted to know what Ramadan in fact signifies, I would invite him to read here: billmuehlenberg.com/2014/07/02/ramadan-and-jihad/

As to the Alhadeff issue, Baird is also to be condemned for saying his resignation was the right thing to do. What was his crime? All that Community Relations Commission chairman Vic Alhadeff did was to say that Israel had a right to defend itself, and that it was seeking to operate with “care to avoid civilian casualties”.

That is all one hundred per cent correct. So why in the world should he have been forced to resign over that? Evidently multiculturalism in NSW only goes so far. Jews are not welcome it seems, but Muslims will be embraced with open arms and bowed down to in total subservience.

I prefer what one commentator said about all this. His headline is spot on: “After throwing the Jew under the bus, NSW premier Mike Baird promises Eidolaters in Lakemba to be a good serf.” He went on to say, “All things considered, I find Premier Maike Baird’s brown nosing offensive and repugnant. You don’t go schmoozing with the enemy when our people are being murdered all over the world, in the name of Islam.”

Sadly, Baird thinks such appeasement and dhimmitude is the way to go, just like Obama in the US. And plenty of other examples of such craven dhimmitude on the part of Western leaders and politicians could be offered here.

As I said, an enemy can win in various ways. Letting the other side self-destruct in appeasement and surrender right before your very eyes is certainly one good way to succeed.

23 Replies to “Dhimmitude in High Places”