The place once known as Great Britain is clearly no longer great. It may be great in terms of political correctness, but that is about it. Otherwise it is a basket case which is sinking further into oblivion with each passing act of moonbattery and stupidity.

Three recent – and appalling – examples of this simply add to the very long list of utterly mindboggling acts of foolishness, treachery and evil which is consuming this land. Any one of them alone should send shivers up our spines, but taken together, one can only weep for the madness engulfing this place. 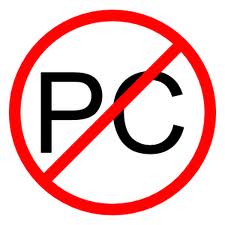 They involve some of the greatest examples of wrecking ball political correctness sweeping the West: Islam, homosexuality, and the ferocious assault on our children. So let me begin with the first case: an utterly fruity church leader praising Islam to the hilt. As one article states:

Islam is rejuvenating “British values”, the former Archbishop of Canterbury has claimed while lambasting sections of the press for presenting Muslims as “un-British”. Rowan Williams was giving a speech at the annual Living Islam Festival in Lincolnshire on Friday, discussing what British values were and how Muslims could affect them. He said one of the greatest gifts to Britain had been bringing back “open, honest and difficult public discussion”, the Times reported.
Asked if he thought Islam was restoring British values, he said: “Yes. I’m thinking of the way in which, for example, in Birmingham we have seen a local parish and a mosque combining together to provide family services and youth activities, both acting out of a very strong sense that this is what communities ought to do. ”
Dr Williams was one of several speakers at the event organised by the Islamic Society of Britain, which saw thousands of people gather for four days of talks, debates, music, worship and bazaars. The now Master of Magdalene College in Cambridge praised both Christianity and Islam for working towards community cohesion and promoting a sense of duty.
But in comments reported by the Guardian, he also objected to the notion of British values, saying they should be more universal. “The setting-up therefore of British values against any kind of values, whether Muslim or Christian, just won’t do,” he said. While still Archbishop of Canterbury in 2008, he sparked a row by saying the use of sharia in some aspects of British law was “unavoidable”.

This is dhimmitude in action at the very least. It is also more than that – it is foolishness of the highest order. Just as Obama has been singing Islam’s praises, telling us how many great contributions it has made to America, so too this confused leader.

Let me remind him what are in fact some of the longstanding British values:
-the Judeo-Christian worldview
-liberty
-democracy
-rule of law
-equality for women
-religious freedom
-freedom of conscience
-separation of church and state, properly understood

In contrast, here are some of the longstanding Islamic values:
-death to apostates
-no separation of mosque and state
-no tolerance for other religions
-jihad as a religious duty
-hatred of democracy and human laws
-women treated as second-class citizens
-polygamy
-child marriage
-female genital mutilation
-acid attacks and honour killings

Sorry bud, but your idea of values is obviously far different than that of most Westerners. It is exactly because of clueless dhimmis like Williams that the West is in decline while Islam is taking over. He is simply another “useful idiot” to use Lenin’s phrase in another context.

The second example has to do with another intolerant and ruthless ideology: militant homosexualism. Consider this shocker:

Preschool children should be taught about gay relationships to combat future homophobia in society, the new chief executive of Stonewall has told The Independent. In an exclusive interview, Ruth Hunt said that she wants the gay rights charity to commission books “celebrating difference in all its forms for under-fives”. The initiative is part of the organisation’s commitment to tackling homophobia in schools, which has the backing of the new Education Secretary.

“Homophobia” is a bogus term of course used to cover a multitude of sins. It is simply a handy way to push homosexual indoctrination on everyone, in this case, even toddlers. No one under five should be getting any sort of sexuality education, let alone hardcore homosexual propaganda.

This plan simply illustrates the totalitarian nature of the homosexual activists: they want to brainwash everyone, bypassing the values and beliefs of parents, while using the secular state school system to push their nefarious agenda on innocent and hapless little kids. Appalling.

The third example of PC madness even has the headline writers condemning the idea: “NHS to fund sperm bank for lesbians: New generation of fatherless families… paid for by YOU”. The story begins:

Britain is to get its first NHS-funded national sperm bank to make it easier for lesbian couples and single women to have children. For as little as £300 – less than half the cost of the service at a private clinic – they will be able to search an online database and choose an anonymous donor on the basis of his ethnicity, height, profession and even hobbies. The bank, which is due to open in October, will then send out that donor’s sperm to a clinic of the client’s choice for use in trying for a baby.

This idea is so utterly preposterous and loony that this secular newspaper even invited a Christian leader to offer his comments. The former Bishop of Rochester, Michael Nazir-Ali said in part:

The most important thing to say is that the needs of any child must be primary. It is the upbringing, welfare and education of the child that should be the prior consideration. It is not enough to ‘want’ a child, let alone one with particular characteristics. This bank will allow women to choose from profiles of donors, which will include educational attainment and ‘attractiveness’ criteria, raising the spectre of ‘designer babies’, born to the parents’ specifications.
What if the process of pregnancy and birth ‘interferes’ with the desired outcomes? Will such babies then be rejected?
Research shows that children are best brought up in families where a mum and dad are present. The role of fathers in the nurture of their children is unique and cannot be replaced by other so-called ‘male role-models’ or, indeed, an extra ‘mother’.
Research tells us that children relate to their fathers differently than to their mothers, and this is important in developing a sense of their own identity. In particular, boys need closeness to their fathers for a sense of security and in developing their own identity, including appropriate patterns of masculine behaviour. The results of ‘father-hunger’ can be seen in educational achievement and on our streets, where it contributes to delinquency.

Yes quite so. But the very idea of government subsidies for such lunacy must be challenged here. One might as well lop off one’s legs, then demand that the government (read: taxpayer) fund programs to help him be a great basketball player.

Or one might as well keep torching one’s cars, and then demand that the state buy him new ones. Sorry, I am not falling for this idiocy for a moment. When someone refuses to avail themselves of the obvious way to have children, they have no right whatsoever to demand that others finance their lifestyle choices. Genuine biological infertility is one thing, but social infertility is altogether another matter.

These three examples of PC insanity are sadly only the tip of the iceberg. No nation can survive for long when such idiocy is allowed to prevail, and at the highest levels of society. Without a major reversal real soon (and a mighty move of God), the UK is doomed.

13 Replies to “Is the UK the Most PC Place on the Planet?”