In the book of Proverbs we find this interesting passage: “all who hate me [God] love death” (Prov. 8:36). Yes, there does seem to be a real connection between the two. Those who reject God and shake their fist at him are rejecting a God of life, and are choosing to side with death.

And it is no surprise to see how often the two go together. Perhaps the majority of atheists and secularists are pro-death, as in pro-abortion. For example, the atheist philosopher Peter Singer is not only pro-abortion and pro-euthanasia, but pro-infanticide as well. 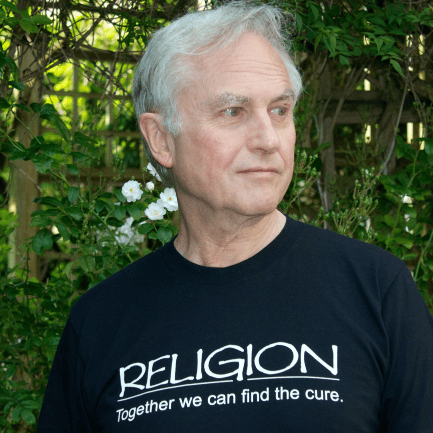 And now another uber-atheist has come out showing his hatred of life. His recent remarks have been widely reported, and widely condemned. I refer to Richard Dawkins who said that if a woman is pregnant with a Down’s Syndrome baby, she should “Abort it and try again. It would be immoral to bring it into the world if you have the choice.”

The reaction was indeed quite strong – so much so, that he had to issue an apology, sort of. In fact in it he simply reiterated what he already said: “For what it’s worth, my own choice would be to abort the Down fetus and, assuming you want a baby at all, try again. Given a free choice of having an early abortion or deliberately bringing a Down child into the world, I think the moral and sensible choice would be to abort.

“I personally would go further and say that, if your morality is based, as mine is, on a desire to increase the sum of happiness and reduce suffering, the decision to deliberately give birth to a Down baby, when you have the choice to abort it early in the pregnancy, might actually be immoral from the point of view of the child’s own welfare.”

Did you get that? It is immoral to allow such a child to live (even from his own point of view!), and it is moral to kill it. This is the twisted and sordid ethics of the misotheist Dawkins and others like him. They think life is bad and death is good. And they want us all to follow their advice and swoon over their philosophy.

Plenty of people were rightly upset over this madness, especially those who have children with Down’s Syndrome. For example, one mother who has a child with this condition said, “I would fight til my last breath for the life of my son. No dilemma.”

-Richard Dawkins needs a hug from my daughter with Down syndrome to teach him to love.

-It’s heartbreaking that @RichardDawkins thinks the “morally right” thing for us to have done is abort our son, Noah.

And bigger names also got involved here. Sarah Palin, who has a son with DS, put it this way: “I’d let you meet my son if you promised to open your mind, your eyes, and your heart to a unique kind of absolute beauty. But, in my request for you to be tolerant, I’d have to warn Trig he must be tolerant, too, because he may superficially look at you as kind of awkward. I’ll make sure he’s polite, though!”

And John Flynn sent a public letter to Dawkins on the First Things site:

But one of the things I’ve concluded is that ethical philosophy can’t be done in a sterile environment—that our humanity, our intuition, our empathy, in fact, must be recognized as a source of ethical insight if we want to think well. Perhaps you believe that your position on abortion and down syndrome is logically valid. But I wonder if you’re kept awake at night by the revulsion that comes with being the champion of killing. Suffering is not a moral evil to be avoided. Suffering can have meaning and value. Ask Victor Frankl. Or Mohandas Gandhi. Or Martin Luther King, Jr. Or, if you’re willing, ask my children.
I have two children with Down syndrome. They’re adopted. Their birth-parents faced the choice to abort them, and didn’t. Instead the children came to live with us. They’re delightful children. They’re beautiful. They’re happy. One is a cancer survivor, twice-over. I found that in the hospital, as she underwent chemotherapy and we suffered through agony and exhaustion, our daughter Pia was more focused on befriending nurses and stealing stethoscopes. They suffer, my children, but in the context of irrepressible joy.
I wonder, if you spent some time with them, whether you’d feel the same way about suffering, about happiness, about personal dignity. I wonder, if you danced with them in the kitchen, whether you’d think abortion was in their best interest. I wonder, if you played games with them, or shared a joke with them, whether you’d find some worth in their existence.
And so, Dr. Dawkins, I’d like to invite you to dinner. Come spend time with my children. Share a meal with them. Before you advocate their deaths, come find out what’s worthwhile in their lives. Find out if the suffering is worth the joy. I don’t want you to come over for a debate. I don’t want to condemn you. I want you to experience the joy of children with Down syndrome. I want your heart to be moved to joy as well. Any day next week is good for us except for Wednesday.

Aside from his claims that the baby would feel no pain in being aborted (he’s quite sure about that?), he is doing the very thing that theists claim atheism can lead to, namely, devaluing of human life based on a survival-of-the-fittest mentality. Really now, if you can determine that some people are not worthy to live before they are even born, surely it’s not that big a jump to determine that some people are not worthy to live after they have been born.
Perhaps the very elderly and the hopelessly infirm, especially if their lives could be terminated “mercifully”? Perhaps those who are incorrigibly violent? Perhaps those who are seriously mentally handicapped? Why not? Or, more specifically, based on what criteria do we judge who is worthy to enter this world and who is worthy to live?…
It is becoming increasingly clear that Dawkins is something of an embarrassment, even to other atheists (although he is still revered by many). The only question that remains is this: Are his irrational and immoral positions unique to him, or are they the logical outcome of his Darwinian evolutionism?

Of course the callous worldview being promoted by Dawkins is at least consistent with what he has always been saying. As he wrote back in 1995: “The universe we observe has precisely the properties we should expect if there is, at bottom, no design, no purpose, no evil and no good, nothing but blind, pitiless indifference. As that unhappy poet A.E. Housman put it: ‘For Nature, heartless, witless Nature. Will neither care nor know.’ DNA neither cares nor knows. DNA just is. And we dance to its music.”

Yep, and we are getting plenty of “blind, pitiless indifference” out of God-haters like Dawkins.

11 Replies to “Dawkins, Death and Immorality”