In a recent article about marriage, American writer Phyllis Schlafly said this about the Marxist war against the traditional family: “Marx hated the bourgeois family, not only because it provided the means of transmission and accumulation of private property, but also because the family controlled the formation and education of children. Marx wanted to break the family so that children could be raised and educated communally, free from patriarchal ties and religious beliefs.”

In the 1848 Communist Manifesto, Marx and Engels blasted the “bourgeois claptrap about the family and education” and insisted that “we replace home education by social”. They demanded free public education for all children as a means by which the state, not parents, could control children. 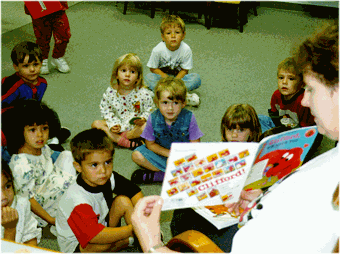 This battle over the control of children did not stop with the death of Marx, but has been an ongoing battle. The coercive utopians of the state always see autonomous groups such as church and family as a threat to their control on power.

So education is always heavily regulated and increasingly brought fully under state control. Good citizens (read: mindless zombies) is what most states prefer. Those states which allow independent, critical thinkers to move about unchecked will always feel uneasy.

This is why all the great works of fiction warning about a future totalitarian state deal with the issue of education. Whether it is George Orwell, Aldous Huxley, or others, they rightly warn about how the total state must have total control over education.

If you think all this is just the stuff of science fiction, or of past Communist regimes, think again. It is still happening, as I have documented often. Homeschooling especially is seen as a threat by many governments. The most recent clear example of this comes from Ireland. Consider this shocking story:

Irish mother of six Monica O’Connor, 47, spent three hours in jail Wednesday as punishment for homeschooling her two youngest children in violation of new Irish regulations. The controversial case isn’t over by a long shot, however. The child protection agency TUSLA could go after her again next year, and her husband Edward O’Neill, 49, must still serve time for the same offence.
“We don’t intend to take it to a higher court. We think that’s what they want,” O’Connor told LifeSiteNews. But neither will the couple back down. “We clearly have the right to home school under the Constitution,” she added. But unlike Canada and the United States, Irish law does not allow a constitutional defence in the lower courts.
O’Connor, a home birth facilitator, and O’Neill, a teacher, homeschooled four older children to adulthood, and all have done fine since: the youngest has just been admitted to university to study classical music.
What’s changed, Jane Donegan of the Irish Home Education Network told LifeSiteNews, is that Ireland has a relatively new law governing homeschoolers, and a very new agency, called TUSLA, to enforce it. Homeschooling parents are now treated as if their children are truants until they apply for permission to homeschool and get assessed for their suitability.

Jailed for homeschooling! Hitler also made homeschooling illegal in Germany – and incredibly that law still stands! As I said, the state brooks no competition, and the more Big Government you have, the less tolerance there is for independent education – or even independent thinking.

Because of this, throughout the Western world more and more parents are turning to homeschooling. As the West gets more and more secular and sleazy, and hostile to Christian values and beliefs, it is becoming a necessary option for many. Consider one American state where it has really taken off:

In North Carolina, the number of homeschoolers has now surpassed the number of students attending private schools.
That statistic may seem shocking if you’ve been a stranger to the growth of the homeschooling movement, which has rapidly increased in recent decades.
In 1973, there were approximately 13,000 children, ages 5 to 17, being homeschooled in the United States. But according to the National Center for Education Statistics, as of the 2011-2012 school year, that number has grown to almost 1.8 million or approximately 3.4 percent of the school age population. Other sources report numbers well over 2 million.
In the Tar Heel state alone, homeschooling has increased by 27 percent over the past two years. Those are pretty impressive numbers for a movement considered “fringe” not that long ago and that has only been legal in all 50 states since 1996.
So, why are more parents making the choice to homeschool? As with many decisions, it’s rarely one single factor. The Department of Education, which surely isn’t happy with the trend, has tracked the issue since 2003. According to its findings:
In 2003, 85 percent of parents said they chose homeschooling because of “a concern about the school environment” which included worry about safety, drugs or negative peer pressure. That number jumped to 91 percent by 2011.
In 2003, 72 percent said “a desire to provide religious or moral instruction” was a major reason. In 2011, that number had increased to 77 percent.
In 2003, 68 percent said “dissatisfaction with academic instruction at other schools” contributed to their decision. By 2011, that was up to 74 percent.

Australia too has a growing homeschooling movement – and for good reason. A recent article by a Victorian writer highlights the truth that education is all about control. Susan Wight says that the “history of Australian schooling is a history of social control”.

Her concluding thoughts are these:

Today school has become so entrenched in society that it is unquestioned by the majority of citizens. The social control is so complete that people actually believe that going to school ‘socialises’ their children. Although most teachers have honourable motives of helping children learn, their efforts are lost in the huge machine of the modern system which now has a life of its own. The original premise of social control underlies the current system and is continually perpetuated by teachers who grew up in the system and approved of it enough to make it their career.

There is an educational war going on in the West, part of the larger cultural wars. Abraham Lincoln was quite right when he stated that “The philosophy of the school room in one generation will be the philosophy of government in the next.” That is why the state is so keen about education, and why so many parents are so worried about it.

In his book After America, Mark Steyn wrote: “For four decades America watched as politically correct fatuities swallowed the entire educational system, while conservatives deluded themselves that it was just a phase, something kids had to put up with as the price for getting a better job a couple years down the road. The idea that two generations could be soaked in this corrosive bilge and it would have no broader impact, that it could be contained within the precincts of academe, was always foolish.”

Or as Spurgeon put it from a more religious point of view: “To leave our youthful population in the hands of secular teachers, will be to sell them to the Ishmaelites.” All concerned parents need to think long and hard about how they will educate their children – especially while we still have some limited freedoms to explore various options.

10 Replies to “Education, Homeschooling, the State, and Control”