For some reason the Western world has embraced one stupid idea after another, most of which are contributing greatly to the West’s downfall. There are many candidates here which can be mentioned, but the multiculti brigade has to be right up there on top of the list.

It may have had some good intentions early on, such as everyone living together happily and harmoniously, but intentions must always match up with reality. And the reality is, all cultures are not the same; not all cultures are compatible; and some cultures have vowed to destroy other cultures. 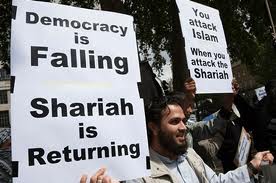 Multiculturalism has especially been disastrous when it tries to deny these realities in regards to Islam. Islamic culture is not the same as that of the West; Islam is not compatible with the free and democratic West; and Islam has declared its intention to destroy the West.

Yet the brainless wonders leading the West think we can just ignore all these inconvenient truths, and still rush full steam ahead with the failed policies of multiculturalism. But with Islam in the West causing all sorts of major problems – including plenty of murder and mayhem – some Western nations are slowly starting to wake up.

Some countries are having a major rethink about all this. Four recent articles from three different nations have all highlighted these truths and are worth sharing parts of. Let me begin in the US with commentator Walter Williams. He minces no words in his title: “Multiculturalism Is a Failure”. He begins:

German Chancellor Angela Merkel declared that in Germany, multiculturalism has “utterly failed.” Both Australia’s ex-prime minister John Howard and Spain’s ex-prime minister Jose Maria Aznar reached the same conclusion about multiculturalism in their countries. British Prime Minister David Cameron has warned that multiculturalism is fostering extremist ideology and directly contributing to homegrown Islamic terrorism. UK Independence Party leader Nigel Farage said the United Kingdom’s push for multiculturalism has not united Britons but pushed them apart. It has allowed for Islam to emerge despite Britain’s Judeo-Christian culture. Former British Prime Minister Tony Blair said the roots of violent Islamism are not “superficial but deep” and can be found “in the extremist minority that now, in every European city, preach hatred of the West and our way of life.”
The bottom line is that much of the Muslim world is at war with Western civilization. There’s no question that the West has the military might to thwart radical Islam’s agenda. The question up for grabs is whether we have the intelligence to recognize the attack and the will to defend ourselves from annihilation. Multiculturalism is Islamists’ foot in the door. At the heart of multiculturalism is an attack on Western and Christian values….
Multiculturalists argue that different cultural values are morally equivalent. That’s nonsense. Western culture and values are superior. For those who’d accuse me of Eurocentrism, I’d ask: Is forcible female genital mutilation, as practiced in nearly 30 sub-Saharan African and Middle Eastern countries, a morally equivalent cultural value? Slavery is practiced in Mauritania, Mali, Niger, Chad and Sudan; is it morally equivalent? In most of the Middle East, there are numerous limits placed on women, such as prohibitions on driving, employment and education. Under Islamic law, in some countries, female adulterers face death by stoning, and thieves face the punishment of having their hand severed. In some countries, homosexuality is a crime punishable by death. Are these cultural values morally equivalent, superior or inferior to Western values?

I have been searching for moderate Islam since September 11 and just like a lost sock in the dryer, it was in the last place I expected it to be. There is no moderate Islam in the mosques or in Mecca. You won’t find it in the Koran or the Hadiths. If you want to find moderate Islam, browse the newspaper editorials after a terrorist attack or take a course on Islamic religion taught by a Unitarian Sociologist wearing fake native jewelry. You can’t find a moderate Islam in Saudi Arabia or Iran, but you can find it in countless network news specials, articles and books about the two homelands of their respective brands of Islam.
You won’t find the fabled land of moderate Muslims in the east. You won’t even find it in the west. Like all myths it exists in the imagination of those who tell the stories. You won’t find a moderate Islam in the Koran, but you will find it in countless Western books about Islam. Moderate Islam isn’t what most Muslims believe. It’s what most liberals believe that Muslims believe. The new multicultural theology of the West is moderate Islam. Moderate Islam is the perfect religion for a secular age since it isn’t a religion at all….
The true moderate Muslims are secular liberals of loosely Christian and Jewish persuasion who have invented and believe in a moderate Islam that doesn’t exist outside of their own heads. This secular Islam, which values all life, is dedicated to social justice and universal tolerance, is a counterpart of their own bastardized religions. And they are too afraid to wake up and realize that it doesn’t exist.
When American and European leaders insist that Islam has nothing to do with the latest Islamic atrocity, they are not referencing a religion practiced by Muslims, but an imaginary religion that they imagine Muslims must practice because the alternative is the end of everything that they believe in.
Their moderate Islam is light on the details, beyond standing for social justice, fighting Global Warming and supporting gay rights, because it is really multiculturalism wearing a fake beard. When a Western leader claims that the latest batch of Islamic terrorists don’t speak for Islam, he isn’t defending Muslims, he’s defending multiculturalism. He assumes that Muslims believe in multiculturalism because he does. Moderate Islam is just multiculturalism misspelled. Its existence is a firm article of faith for those who believe in multiculturalism.

Moving to the UK, let me quote from a piece on Independence Party Leader Nigel Farage:

According to Farage, much of that can be tied to the United Kingdom’s push for multiculturalism, which has not united Brits but pushed them apart. As he explained, it has allowed for Islam to emerge despite his nation’s Judeo-Christian culture.
“We’ve seen an increased radicalization within the United Kingdom, much of this I’m afraid to say is a self-inflicted wound. We’ve had four decades of state-sponsored multiculturalism. We’ve actually encouraged people not to come together and be British but to live separately, to live apart. … There are similarities [to the United States]. We even have the last Archbishop of Canterbury suggesting that Sharia law be acceptable in British cities. So, I’m afraid we have been weak and we have not been muscular in standing up and saying to people, ‘We are a Christian country. We have a Christian constitution, a Judeo-Christian culture. We’ve allowed our schools to be infiltrated. Our prisons, you know, are now perhaps where jihadism is on the march more rapidly than anywhere else. Much of this we’ve done to ourselves.”

Finally, Australian journalist Piers Akerman explains why it is time to dump multiculturalism:

The war against terror in Australia will count for nothing unless it is accompanied by a war against the culture that permitted terrorism to gain a foothold in the country. That would be the invidious policy of multiculturalism promoted by the Whitlam government’s notorious minister for immigration Al Grassby….
Multiculturalism is a great example of elitist policy-making that should be dumped. Since the Leftist intelligentsia launched the French Revolution, Leftist elites have triggered top-down revolutions with results in Russia, China, South-East Asia and South and Central America.
Grassby and others within the Labor Party and the academia have promoted culturally undermining policies of moral equivalence of which multiculturalism is but one manifestation. Unfortunately for Australian Aboriginals, the ambition to create some form of constitutional recognition, either through a preamble, or by change to the constitution, will inevitably fail as most Australians will view any attempt at creating distinctions between Australian citizens with justifiable suspicion. Yet multiculturalism does just that and taxpayers are required to underwrite an invidious policy that encourages division and repels integration….
The great irony is the Western youth revolutions of the ’60s were all anti-authoritarian. The young then wanted policies that broke strict cultural taboos – and they won. Yet the young terrorists flocking to the death cult’s black flag want to submit to the globe’s most severe form of religious authoritarianism.

All four of these articles are well worth reading in their entirety. Many social and political commentators are starting to get it, as are some Western leaders. But if we don’t want the failed and dangerous dreams of the multiculti clique to be realised, we will need many more of our leaders to wake up, and to wake up fast.

9 Replies to “Multiculturalism, Islam, and the War on the West”