Imagine you are a Christian pastor or counsellor, and a Christian guy who is heavily into adultery comes to you for advice and counsel. He actually thinks what he is doing is OK, but he wants your opinion on the matter. So what do you tell him? What if your response went something like this:

Well you know, we are all human, and no one is perfect. I don’t want to be judgmental here because we all have our issues we are struggling with. The truth is, Jesus did not speak to this issue very much, but he did talk so much about love and grace and acceptance. Plus you were likely born this way, and this is God’s gift to you.

The church has been too judgmental and condemning about such things in the past, and I want to model the inclusiveness and unlimited love of Jesus. I have stopped judging people, and just want to be open, tolerant and show the grace of God here.

If anything, I stand against all those Pharisees who would judge you and condemn you for what you are doing. That is not the spirit of Christ that I know of. He was about accepting everyone and being a friend of sinners. So my advice to you is to just ignore the critics and simply realise that God loves you just the way you are.

We are under grace, not law, and you are doing your best, and that is all we can ask. This is the 21st Century after all, and we have evolved and moved on from the lifeless Puritanism of the past. God is doing a new thing, and we must go with the times. We must embrace change and move forward, and not live in the repressive past.

Now hopefully anyone who calls himself a follower of Jesus Christ would be utterly appalled at such “advice” and would say that this pastor or counsellor is no true Christian at all, but is clearly a false shepherd, a hireling, doing the enemy’s business.

And they would be perfectly right in such an assessment. Yet I have news for you: if we simply make one change to the above scenario, we will discover this sort of advice and counsel is being given all the time by church leaders. Simply swap the word adultery for homosexuality. 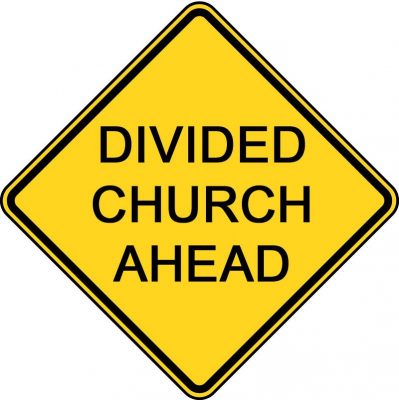 Countless pastors, church leaders and counsellors are saying this very thing about homosexuality, and leading far too many people astray. Instead of proclaiming clear biblical truth on this matter, they have simply surrendered to the surrounding pagan culture, and have pushed a worldly agenda of sin, compromise and carnality.

As such, this has become the dividing issue of our times. I am not alone in saying this. Other Christian leaders are fully aware of how this is the number one issue which will make or break the church. Al Mohler has just penned a piece on this entitled “Homosexuality as Dividing Line – The Inescapable Issue” which is well worth quoting from.

He rightly says that on this issue, “there is no third way”. He writes:

A church or denomination will either believe and teach that same-sex behaviors and relationships are sinful, or it will affirm them. In short order, every single congregation in America will face the same decision — do we affirm same-sex relationships or not? Those who suggest that there is some way around this “binary” choice are fooling themselves and confusing the church. Consider this — the only way to construct a “third way” is to suggest that one can allow for the affirmation of homosexuality without affirming it. That simply does not work. To allow the affirmation is to affirm.

There is no third way, and there has never been a third way on a question of this magnitude and consequence. In this sad case it was the issue of homosexuality that defined the dividing line, but there have been many necessary dividing lines before….
Division is always painful, but on a clear question of biblical truth, division is sometimes the only act that faithfulness to Scripture will allow. This is one of those moments, and homosexuality and same-sex marriage now loom as the great dividing line that will tear some denominations apart and lead others to define the terms of their convictional cooperation….
The issue is now inescapable for every congregation, every denomination, every seminary, and every Christian organization. The question will be asked and some answer will be given. When the question is asked, any answer that is not completely consistent with the church’s historical understanding of sexual morality and the full affirmation of biblical authority will mean a full embrace of same-sex behaviors and same-sex relationships. There is no third way, and there never was.

Yes quite right. We either agree with God and his Word on this, or we say that both are wrong, and go and do our own thing. But if we insist upon that latter path, then we prove by our attitudes and actions that we are none of his. We prove that we have shaken our fist in defiance at almighty God.

That is not a position any follower of Christ can ever embrace.

9 Replies to “The Church’s Great Divide”