In case you haven’t noticed, everything about the Christian life – from start to finish – is due to the initiative of God. God always takes the first step. We at best respond to his gracious overtures and agree with what he has taken the lead on.

This is true with our initial salvation, and is true of our Christian walk. For example, it is God who calls us out of darkness, and takes the necessary steps to enable us to be reunited with him through Christ. We were dead in our trespasses and sins, so we were in no condition to start the ball rolling.

And it is God who calls us for our particular ministry and witness. We may have all sorts of great ideas and plans and schemes, but God will often disrupt all these fleshly things and reroute us to where he knows we belong. And this often comes in surprising ways. 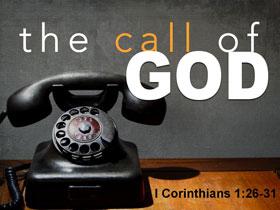 Often the last thing you are expecting becomes the first thing on God’s mind for us and our work for him. We think we know what we might do for God, but he often dashes those ideas and gives us something radically different. Sure, he often uses the gifts and talents he has given us, but he also often takes us on a whole new journey, complete with new giftings.

At the risk of sounding too focused on self here, perhaps I can use a bit of my own story as an example. For many years in my Christian life I never dreamed that I would somehow end up in Australia doing what I am now doing. I probably knew next to nothing about the country 40 years ago when I was growing up in America.

In fact, at one point I was rather certain that a Christian gal that I liked might one day become my wife. But that did not happen at all, and I ended up in Europe with a missions group. There I met an Australian gal who would in fact become my wife, explaining in part why I am now here.

But of course there is also the much bigger purpose and plan of God. He had a calling on my life which I knew nothing about, and can only now with hindsight see what a perfect plan and call it was. Being a rather quiet and misanthropic type of guy, I never imagined I would end up in a ministry which constantly puts me in the public spotlight.

I never imagined I would do many hundreds of media interviews, speaking engagements, and even hobnob with Prime Ministers and other leaders. I also never knew I would be the focus of much media scrutiny, especially of the negative variety.

Indeed, little did I know that the work I would do for Christ and the Kingdom would result in almost daily hate mail, abuse, threats and ugly attacks. Such a life of constant opposition, ridicule, and vilification is not only something I did not know would happen, but is certainly not a path I would have chosen for myself.

But God called me and God chose me. That is why I am able to do what I do. I may not like all the hate and abuse, but when you have the calling of God upon your life, you do what must be done, and God provides plenty of grace, even during all the hard, difficult and fiery times.

As the old saying goes, God does not call the qualified, but qualifies the called. For a quiet guy like me who prefers to sit at home and read a book, to be thrust into the public spotlight in such a massive way is not something I would have dreamed of. But it is something our gracious God can and does choose for a person.

I just recently wrote about a new book I picked up yesterday by A. W. Tozer, called Voice of a Prophet. Although I have already quoted from it much, it is worth returning to it in this discussion. His book is all about God’s prophets – past and present.

In his chapter on “When God Chooses a Prophet” he begins with these words: “It is rather interesting to read the biographies of some of the great men and women of God. Most of them, if not all, rose out of obscurity and were placed in a position of being used by God. Some of those great saints who were chosen of God would be overlooked by any church board today.”

Yep, he calls the insignificant, the unnoticed, the unwanted. He bypasses the mighty, the proud, the successful and the self-sufficient. In this chapter he looks at the life of Jacob. Says Tozer, “God saw in Jacob that which could be used for His purposes.”

That is all that matters. It is what God sees can be done and achieved through a man that really counts. And what he looks for in a man to be used greatly by him is often quite the opposite of what we look for in a man. In the case of Jacob, he “had a great dissatisfaction and discontentment with himself and a longing after God deep within.”

It is the heart that God looks to, not the outward appearances. And in his chapter “The Sovereign Call of God” he reminds us of some more spiritual home truths: “Men become prophets not at their own whim but by the sovereign calling of God. If God does not call the man, he cannot carry God’s message.”

And he reminds us that “God does not choose the obvious, but the one through whom He will get the most glory. The Scriptures, as well as church history, are full of this sort of thing.” Thus he often makes nothing into something. He continues:

Finally, he reminds us how God works, and the assurance we can have if we are called by God:

God will not use a man who is not in conformity to the will of God. God will not use a person just because he is a big shot in the eyes of the world. God cannot use big shots. God can only use that man or woman who will finally surrender to the will of God and say as Isaiah said, ‘Here I am, send me’ (Isa. 6:8). When God calls a man, the man knows it. When God calls a man, he cannot die until he has done the work God has called him to do. If God calls a man to a work, and the man says yes, that man cannot die until that work is done. The man God calls is immortal until his work is done.

There is no better place to be in than the perfect will of God. We need to walk in the calling God has placed on our lives, and stay on our knees in the process so that this calling can be effective and bring great glory to God.

5 Replies to “The Call of God”