It seems in every country there are a handful of key individuals who are making a huge difference for Christ and the Kingdom. They have not bowed the knee to Baal and are fighting the good fight, regardless of all the negative consequences. 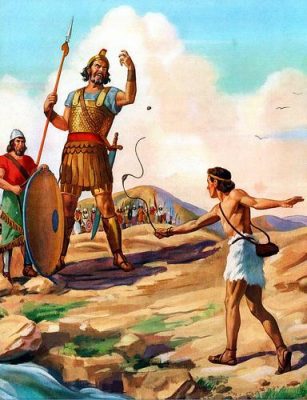 These great saints encourage me so much. They make me want to keep on keeping on. I have mentioned various folks like this over the years, and here I want to single out another fellow who I think is a superstar. He would deny he is anything special, but in God’s eyes and my eyes, he is a standout.

He is someone I have only known for a few years through cyberspace, and I finally got to catch up with him in England recently. He continues to impress me. He is taking a stand for biblical truth, and has gotten himself heavily involved in the culture wars, often at great cost.

He has especially taken the time to learn as much as he can about the homosexuality issue. In many ways England is much further down the gurgler when it comes to all sorts of issues, be it creeping sharia or the jackboot march of the homosexualists.

There are small groups of fearless Christians in the UK who are taking a stand on these sorts of issues. I salute them. A number of names could be mentioned here, but let me stay with this one fellow – David. He does not know I am writing this, and I am not even sure if he would want me to.

But I know how much sacrifice he has made to defend his faith, his freedom and his country from the various groups seeking to destroy all three. He is tireless in his efforts, and shows no fear. Yet for all his hard work, he has lost Christian friends, and received plenty of criticism.

His stance for biblical sexuality has been especially costly. He gets angry homosexual militants giving him all sorts of grief, and some are even taking legal action against him. He is involved right now in a case in which a militant treated him abominably in a public meeting, but is now actually taking David to court. Go figure.

So I really write all this so that we might all pray and intercede for this great champion. He just recently sent this email out to his contacts:

Dear Friends,
This is just to let you know that my court case with **** of **** will be held on Monday 17th 10:30 a.m. I would value your prayers for this potentially whole day hearing and that Truth, Justice and Mercy would prevail and that Jesus Christ would be honoured and glorified – whatever the outcome.

I have omitted the particulars here. If he so desires, he can comment here and provide them. But I just want everyone to be aware of his situation. And since most of you will likely forget this, why not drop everything right now, and offer a prayer for David? He sure needs it. He is up against the biggest and meanest bully group there is, and he has no money or help to defend himself. He must rely on God alone to take on this angry militant and his legal team.

And if you would like to pray for him at 10:30 Monday morning, UK time, that would be great as well. If you are in Australia, we are 10 hours ahead of them, so we would pray here at 8:30pm Monday night. So no matter where you are in the world, please keep this great saint in your prayers.

He is married with children, so all this is of course hard on his family. But he is resolute and courageous, willing to walk into the lion’s den and do what very few of us would do. He is acting on our behalf as he takes on this great Goliath of a challenge. We all owe him big time.

Pray that he will be vindicated, along with the cause of Christ, and that this nasty homosexual militant would be defeated in his attempts to silence David and Christian truth. It is above all else a spiritual battle, so we need real intercession and spiritual warfare to take place on David’s behalf.

Back during the Second World War, a brave Christian pastor who resisted the Nazis and suffered greatly for it, Martin Niemoller, said this:

David recently wrote a version of this which pretty well sums up things today with another very real threat. Referring to new sexual orientation laws, he wrote:

Some might say that they don’t experience any discrimination as Christians simply because they keep well away from the edge or just stay in the bottom of the wine press. Well surely that chilling effect on freedom of thought and speech is itself evidence of creeping persecution. The Sexually Orientation Regulations are an effluent pump that continues to spew its toxic waste on our nation. When Ben Summerskill cynically said “if you don’t like same sex marriage then don’t marry someone of the same sex”, what he didn’t say was that eventually you won’t be able to get married at all since all forms of Christian marriage ceremonies will have disappeared. It is like saying if you don’t like halal food don’t eat it, but, by the way, you will starve because there is nothing else on the menu.

I sure wish we had many more people like David. We sure need them. Please, please pray for David, especially on Monday morning UK time.

Correction: I double checked his email. It is Monday November 17. Sorry. But we can still keep praying – all month!

19 Replies to “David vs Goliath”