A line from A. W. Tozer which I have shared often before goes like this: “Next to the Holy Scriptures, the greatest aid to the life of faith may be Christian biographies.” Absolutely. Reading them inspires us, encourages us, rebukes us, and motivates us to reject mediocrity and complacency, and to move on to greater heights for Christ and the Kingdom.

When I was a new Christian I read all the biographies, autobiographies and stories of great Christians I could find in our church library. I have read many over the years and they have always been of tremendous benefit. I finished another one today which has also moved me deeply, challenged me, and made me weep over my half-heartedness and carnality.

I refer to the new biography of David Wilkerson by his son Gary (Zondervan, 2014). As a proper biography, it is certainly not a hagiography. We meet the real Wilkerson here – a man with many failings, shortcomings and problems. But we also meet a tremendous man of faith, vision, conviction and commitment.

From his early miraculous work with drug addicts in the slums of New York to his international ministry spanning many decades, he was a real hero of the faith. But here I simply want to highlight one very short paragraph out of the whole volume. Many things stood out in the book, and this was one of them. 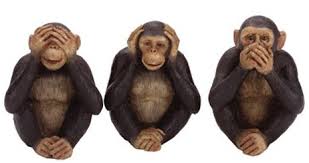 The context is a discussion of the work of Teen Challenge, the book, The Cross and the Switchblade, and the fact that early on Wilkerson warned suburban Americans that the drug plague was not just restricted to big city ghettos. Wilkerson made many prophetic statements about what could happen, and this was one of them:

“When the drug problem started to spread, he saw what was coming,” Dallas Holm says. “He warned about it coming to the suburbs, saying, ‘This is going to spread like a cancer, and it’s coming to a town near you.’ But people simply would not, could not, believe it.”

The drug issue is not what I want to focus on here, but I know of frustrated drug counsellors who have a hard time getting suburban churches to even admit they have a problem in this area. But what did jump out at me is how they “would not, could not, believe it”.

That so often seems to be the case. Warnings of coming problems or judgments are ignored, scoffed at or disbelieved. But there is nothing new here of course. The prophets experienced this frequently. Isaiah for example put it this way:

“Who is blind but my servant, and deaf like the messenger I send? Who is blind like the one in covenant with me, blind like the servant of the Lord? You have seen many things, but you pay no attention; your ears are open, but you do not listen.” (Isaiah 42:19-20)

Jeremiah especially talked like this. Over and over again Jeremiah and/or Yahweh speak of the refusal of God’s people to listen, to take heed, to hearken to the warnings, to pay attention to the Word of the Lord. They were stubborn and rebellious, and refused to take heed:

Jeremiah 6:17 I appointed watchmen over you and said, ‘Listen to the sound of the trumpet!’ But you said, ‘We will not listen.’

Jeremiah 7:26-28 But they did not listen to me or pay attention. They were stiff-necked and did more evil than their ancestors.’ “When you tell them all this, they will not listen to you; when you call to them, they will not answer. Therefore say to them, ‘This is the nation that has not obeyed the Lord its God or responded to correction. Truth has perished; it has vanished from their lips.

Jeremiah 22:21 I warned you when you felt secure, but you said, ‘I will not listen!’ This has been your way from your youth; you have not obeyed me.

Jesus too complained about those with ears who would not hear, and with eyes but would not see. And when those with a prophetic calling or watchman on the wall sort of ministry speak out about dangers ahead, they too will usually meet hard hearts, closed ears, and resistant souls.

No matter how many warnings are given, no matter how many examples are provided, and no matter how obvious all these things are getting to be, most people will just go on their merry way. They are not interested, they don’t want to hear, and they refuse to believe all the cautions, alarms and warnings.

To actually listen might mean they would have to get out of their comfort zones, abandon their fixation on self, and actually start living in a radically different fashion. But all that is too hard for most people, so they keep their ears closed and their hearts like flint.

I and others warn so often about various major threats to faith, family and freedom, but we usually get deathly silence and crickets chirping. The two greatest threats right now are that of the militant homosexualists and militant Islam. I write constantly on these two major threats, but get so little response.

Very few folks seem interested. Very few seem to care. So the warnings fall on deaf ears. They just don’t want to hear about this. They just want to stay in their comfort zones and live their best life now. They just would not, could not, believe it when such warnings are made.

The subtitle of Mark Steyn’s important new book is: “Don’t Say You Weren’t Warned”. Yes he has been sounding the alarm for ages now. And with hundreds of articles on Islam and homosexuality, I have been doing my bit as well. Yet we keep getting resistant Christians with ears glued shut, refusing to believe anything we and others say.

No matter how much evidence and proof is offered of the aggressive war against Christianity by the Muslim and homosexual activists, they simply remain in their coma, oblivious to the world and what is happening all around them.

Well, the watchman is called to sound the alarm – otherwise there will be blood on his hands (See Ezekiel 3 and 33). But it is up to those who hear the warnings to really listen and to act. If they refuse to, well, they are responsible for their fate.

At the end of the day, it does not matter in a sense if no one listens. The watchman must speak, and be responsible before God to deliver the word. That is what he is called to do. The rest is up to the listeners. Let us all have ears to hear and eyes to see.