We know that as the family goes, so goes the nation. No society can survive without strong families. That is why the enemies of society in the West have always worked so hard, targeting families. Once the family is weakened or destroyed, so will be the nation.

All the radicals have known this. Vladimir Lenin said, “Destroy the family, destroy the nation.” The family is an “obscene bourgeois institution” said Simone de Beauvoir. All these radicals worked overtime to see the family undermined and decimated. 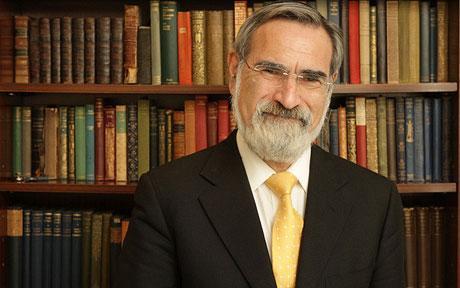 Thus the defence of the family is always a fundamental task of the rest of us. A recent speech by Lord Jonathan Sacks, the former Chief Rabbi of the United Kingdom, offers just such a stirring defence, and is worth quoting from at length:

What made the traditional family remarkable, a work of high religious art, is what it brought together: sexual drive, physical desire, friendship, companionship, emotional kinship and love, the begetting of children and their protection and care, their early education and induction into an identity and a history. Seldom has any institution woven together so many different drives and desires, roles and responsibilities. It made sense of the world and gave it a human face, the face of love.
For a whole variety of reasons, some to do with medical developments like birth control, in vitro fertilisation and other genetic interventions, some to do with moral change like the idea that we are free to do whatever we like so long as it does not harm others, some to do with a transfer of responsibilities from the individual to the state, and other and more profound changes in the culture of the West, almost everything that marriage once brought together has now been split apart. Sex has been divorced from love, love from commitment, marriage from having children, and having children from responsibility for their care.
The result is that in Britain in 2012, 47.5 per cent of children were born outside marriage, expected to become a majority in 2016. Fewer people are marrying, those who are, are marrying later, and 42 per cent of marriages end in divorce. Nor is cohabitation a substitute for marriage. The average length of cohabitation in Britain and the United
States is less than two years. The result is a sharp increase among young people of eating disorders, drug and alcohol abuse, stress related syndromes, depression and actual and attempted suicides. The collapse of marriage has created a new form of poverty concentrated among single parent families, and of these, the main burden is borne by women, who in 2011 headed 92 per cent of single parent households. In Britain today more than a million children will grow up with no contact whatsoever with their fathers.
This is creating a divide within societies the like of which has not been seen since Disraeli spoke of “two nations” a century and a half ago. Those who are privileged to grow up in stable loving association with the two people who brought them into being will, on average, be healthier physically and emotionally. They will do better at school and at work. They will have more successful relationships, be happier and live longer.
And yes, there are many exceptions. But the injustice of it all cries out to heaven. It will go down in history as one of the tragic instances of what Friedrich Hayek called “the fatal conceit” that somehow we know better than the wisdom of the ages, and can defy the lessons of biology and history. No one surely wants to go back to the narrow prejudices of the past.
This week, in Britain, a new film opens, telling the story of one of the great minds of the twentieth century, Alan Turing, the Cambridge mathematician who laid the philosophical foundations of computing and artificial intelligence, and helped win the war by breaking the German naval code Enigma. After the war, Turing was arrested and tried for homosexual behaviour, underwent chemically induced castration, and died at the age of 41 by cyanide poisoning, thought by many to have committed suicide. That is a world to which we should never return.
But our compassion for those who choose to live differently should not inhibit us from being advocates for the single most humanising institution in history. The family, man, woman, and child, is not one lifestyle choice among many. It is the best means we have yet discovered for nurturing future generations and enabling children to grow in a matrix of stability and love. It is where we learn the delicate choreography of relationship and how to handle the inevitable conflicts within any human group. It is where we first take the risk of giving and receiving love. It is where one generation passes on its values to the next, ensuring the continuity of a civilization. For any society, the family is the crucible of its future, and for the sake of our children’s future, we must be its defenders.

Yes most certainly. At a time when the institutions of marriage and family are under unprecedented attack, our first duty is to protect and promote the most enduring, the most valuable, and the most child-friendly institutions known to man.

10 Replies to “Home Truths on Family”