We all have opposition. Here I mean primarily intellectual, theological or ideological opponents. How are Christians to respond to them? What is the right way to respond? Should we always respond? Is it better to sometimes just ignore our opponents?

This has become all the more of an issue I suspect with the rise of online debate forums, social media, blogsites and the like. Now everyone everywhere seems willing to offer their two cents worth on all sorts of issues. When it comes to defending biblical truth in public, and especially online, we need to have some clarity as to how best to respond to those who take opposing views.

I had a concerned believer recently ask me about this very thing. She said she felt obliged to answer all her critics, even if they were obvious trolls with no interest in truth. She felt she had to deal with all opposition and intellectual sparring partners. She asked me for her views on this, and I said that we need to be discerning here. 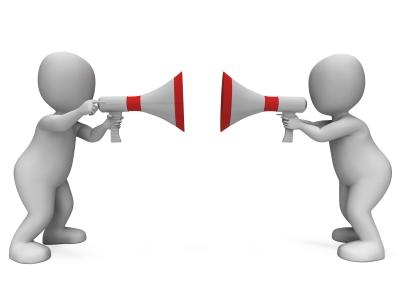 Should we be always ready to give an answer to those who ask of us, as 1 Peter 3:15 says? Absolutely. But how and when this is done is another matter. Having been involved in these sorts of debates and discussions and arguments over many years now, I have learned that it is important to discern what is going on – and who you are dealing with.

The truth is, we really do need to discern those who are just argumentative trolls who want to waste our time, and those who are in fact asking honest questions deserving of honest answers. If you have determined that someone is simply a troublesome troll who only wants to argue for argument’s sake, then it may be best to just give him the flick.

But to those who are genuine, who really do seem to want to learn and are actually open to instruction and correction if need be, then we can give them all the time in the world. But as I say, we must prayerfully and carefully seek to ascertain just who is who.

Scripture in fact speaks to all this. The biblical balance lies in a doubled-edged set of verses. I refer to Proverbs 26:4-5 which says:

This may seem like a confusing and contradictory set of verses. But it actually makes the case I have tried to offer above about the need to discern. Tremper Longman comments on this passage:

This proverb pair is prime evidence leading toward the proper understanding of the proverb genre. Proverbs are not universally true laws but circumstancially relevant principles. In short, the answer depends on the nature of the fool with whom one is engaged in conversation. In other words, the wise person must assess whether this is a fool who will simply drain one’s energy with no positive results or whether an answer will prove fruitful to the fool or perhaps to those who overhear. The wise not only know the proverb, but also can read the circumstances and the people with whom they dialogue.

Or as Bruce Waltke says about this passage:

We find similar thoughts elsewhere, as in Proverbs 9:8: “Do not rebuke mockers or they will hate you; rebuke the wise and they will love you.” And we get other warnings along these lines, such as Proverbs 23:9: “Do not speak to fools, for they will scorn your prudent words.”

Jesus also addressed this issue. For example he told us not to cast our pearls before swine (Matthew 7:6). The whole verse says this: “Do not give dogs what is sacred; do not throw your pearls to pigs. If you do, they may trample them under their feet, and turn and tear you to pieces.”

So what exactly did he mean by this? This speaks about those who are especially hostile to the gospel. Michael Wilkins comments:

Jesus next addresses a problem at the opposite extreme of judging hypocritically: naive acceptance. He calls for the appropriate discernment of right and wrong or good and bad (7:6, 15-23), because in their everyday world disciples will have to make regular evaluations. . . . “Pearls” symbolise the value of the message of the kingdom of heaven (see 13:45-46). Something so valuable should not be given to those who have no appreciation for such precious truths, their nature is demonstrated by their rejection of that message.
Jesus’ disciples are not “judging” people to be beasts but are simply taking them at face value. By their actions these are people who have demonstrated themselves to be enemies of the kingdom of heaven. Dogs and pigs are linked elsewhere in Scripture (Isa. 66:3; 2 Pet. 2:22) as dangerous and ritually unclean animals. The bizarre behaviour of these wild animals produced fear, because their often-intense hunger could cause them to attack and eat humans (cf. Ps. 22:16–17). The image here warns disciples of the danger of those who have rejected the message of the kingdom of heaven. It is a warning against mistaken zeal in proclaiming the gospel of the kingdom to those whose only intent is mockery or ridicule, or worse.

Or as David Turner remarks, “Jesus’s disciples should be neither inquisitors (Matt. 7:1-5) nor simpletons (7:6). Neither censoriousness not naiveté helps the church.” Martyn Lloyd-Jones spends a fair amount of time on this one verse, and offers three principles to be gleaned from it:

1. We must recognise the different types of persons, and we must learn to discriminate between them…
2. We must also become expert in knowing what to give to each type….
3. We must learn to know which particular aspect of the truth is appropriate in particular cases.

Much more can be said about learning how to deal with others, and to deal with opposition. But other biblical principles obviously come to mind here, such as “speak the truth in love” (Ephesians 4:15). We also have Colossians 4:5-6: “Be wise in the way you act toward outsiders; make the most of every opportunity. Let your conversation be always full of grace, seasoned with salt, so that you may know how to answer everyone.”

That is what we all need: wisdom as we deal with others. So if you are involved in any kind of apologetics ministry, or just like to stand up for your faith in the social media, remember to pray for discernment and wisdom. Who should I reply to? When should I reply? How should I reply?

If we take a moment to pray before we engage with any of our opponents, we will be far better equipped than if we had not prayed.

8 Replies to “On Dealing With Opposition”