We have all heard about how some Christians are so heavenly-minded that they are no earthly good. They are up in the clouds spiritually speaking, and have little or no impact on planet earth. Well, from my perspective, much of the Western church has just the opposite problem today: we are far too earthly-minded and too worldly, in part because we don’t think enough about heaven.

And we don’t think much about hell either. We are so focused on this world that we have tended to all but ignore or forget about the life to come. But every single person on this planet will spend forever in either the smoking or non-smoking sections of eternity, so we really should think more seriously about these matters.

The more focused we are on the realities of our eternal abode, the less attached we become to this one. When we seriously contemplate what heaven will actually be like, it should put the fear of God in every single believer. Just imagine what it will be like: first and foremost, we will be in the immediate presence of God Almighty. 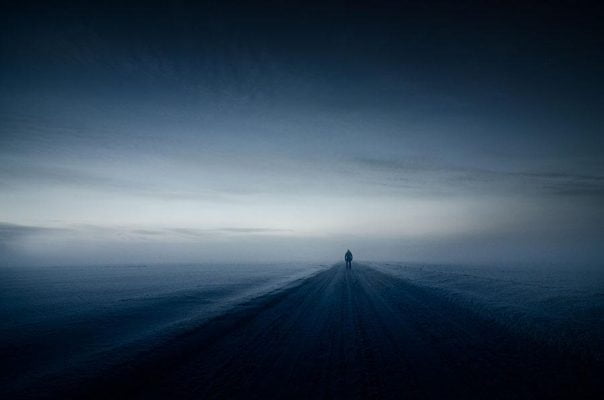 We must not forget just how momentous and truly awe-some this will be. Recall that to meet God face to face in the Old Testament meant death. That is how serious this is. In the New Testament we have the Holy Spirit residing in us. That is a huge leap from the Old Testament.

Becoming a Christian is not meant to simply be about getting a life insurance policy which we can tuck away, live a life of self, and then pull out again when we stand before our maker and judge. Our time on earth is meant to be preparing us for heaven. If God is not our one great joy and desire now, he likely won’t be then either.

I discuss all this because of some interesting things I have been reading in a new book just procured. In a collection of essays on heaven, edited by Christopher Morgan and Robert Peterson (Crossway, 2014), there is a piece by Andreas Kostenberger on “Heaven in John’s Gospel and Revelation.”

He points out that the visions of heaven have several purposes, such as to provide encouragement and comfort to persecuted believers. Another major purpose is that of motivation and warning. He writes:

These visions of the final eternal state not only provide comfort and encouragement but also function to motivate and warn. All the blessings associated with life in God’s new creation are promised to those who overcome or conquer (2:17). These visions function to motivate believers to overcome the Beast, sin, and temptation to compromise in order to avoid persecution or advance economically and socially. The promises to the ones who overcome function as an overarching theme for the entire book and embody the main rhetorical theme of Revelation. The book as a whole represents a massive prophetic-apocalyptic exhortation to believers designed to motivate them to overcome, endure, remain faithful, witness, and not compromise. The book motivates this overcoming endurance through visions of the future, God’s kingdom, heaven, eternal reward, and life in God’s new creation – and their opposite, eternal punishment. God’s message to the church rings out loud and clear. You must overcome! Do not grow weary in your obedience and witness! Do not compromise with sin, lust, and idolatry of your surrounding culture! Overcome!
This motivation to endure is accompanied by severe warnings: “But as for the cowardly, the faithless, the detestable, as for murderers, the sexually immoral, sorcerers, idolaters, and all liars, their portion will be in the lake that burns with fire and sulfur, which is the second death” (21:8)….

I like this for many reasons. No easy-believism here. No cheap grace. Those who overcome will make it through the pearly gates. An entire article could be written on the need to be overcomers, but I will save that for another time. Here I will continue with this thought of warning and motivation.

As mentioned, we are all created to live forever, and we are all moving in one of two directions. Not only should this sober us all up and help us to get our priorities right, but it should also help us as we think about and deal with our neighbours.

C. S. Lewis of course famously spoke to this in his small essay, “The Weight of Glory”. In his 1949 piece he said some profound things about eternity, and how we should treat one another in light of it. Towards the end of the essay he said this:

It may be possible for each of us to think too much of his own potential glory hereafter; it is hardly possible for him to think too often or too deeply about that of his neighbour. The load, or weight, or burden, of my neighbour’s glory should be laid daily on my back, a load so heavy that only humility can carry it, and the backs of the proud will be broken. It is a serious thing to live in a society of possible gods and goddesses, to remember that the dullest and most uninteresting person you talk to may one day be a creature which, if you saw it now, you would be strongly tempted to worship, or else a horror and a corruption such as you now meet, if at all, only in a nightmare.
All day long we are, in some degree, helping each other to one or other of these destinations. It is in the light of these overwhelming possibilities, it is with the awe and the circumspection proper to them, that we should conduct all our dealings with one another, all friendships, all loves, all play, all politics. There are no ‘ordinary’ people. You have never talked to a mere mortal. Nations, cultures, arts, civilisations – these are mortal, and their life is to ours as the life of a gnat. But it is immortals whom we joke with, work with, marry, snub and exploit – immortal horrors or everlasting splendours.

Are you heavenly-minded? If not, why not? As Lewis said elsewhere, “Christianity asserts that every individual human being is going to live for ever, and this must be either true or false. Now there are a good many things which would not be worth bothering about if I were going to live only seventy years, but which I had better bother about very seriously if I am going to live for ever.”

7 Replies to “On Being Heavenly-Minded (and Hell-Minded Too)”