Yep, you read that right: Christian atheists. Believe it or not, there are folks out there who claim to be Christians – even Christian leaders – who also proudly inform us that they don’t believe in God. Yep, makes perfect sense to me too. But hey, who am I to judge?

Hmm, now that I think about it, I am to judge – we all are. When false prophets and false shepherds come along, we are obligated to call them out. To allow them to keep doing their thing, damaging the church and leading people astray is just not an option.

And we should not be surprised anyway about this. Jesus and the disciples warned about this all the time. Jesus for example said this as recorded in Matthew 7:15: “Watch out for false prophets. They come to you in sheep’s clothing, but inwardly they are ferocious wolves.”

Paul put it this way in Acts 20:28-3: “Keep watch over yourselves and all the flock of which the Holy Spirit has made you overseers. Be shepherds of the church of God, which he bought with his own blood. I know that after I leave, savage wolves will come in among you and will not spare the flock. Even from your own number men will arise and distort the truth in order to draw away disciples after them. So be on your guard!”

There is never a shortage of these wolves out there, doing great harm to the faith and to God’s people. You may have read about the recent case of a Presbyterian pastor who claimed he did not believe in God. Not surprisingly, a few eyebrows were raised about this, and a few folks questioned his relationship with God.

Yet this seems to have upset our “atheist Christian”. He has actually taken umbrage at the claims by some that he just might not be a Christian! As one story explains: 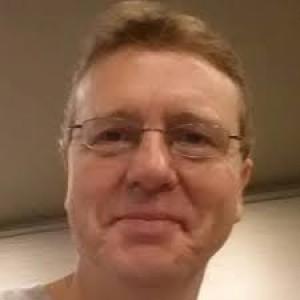 A Presbyterian USA minister in Oregon who says that he doesn’t believe in God—and doesn’t require his members to believe either–remarked in a recent article that he is offended by those who assert that he is not a Christian.
“Someone quipped that my congregation is BYOG: Bring Your Own God. I use that and invite people to ‘bring their own God’—or none at all,” wrote John Shuck of Beaverton’s Southminster Presbyterian Church in a guest post for Patheos last week. “While the symbol ‘God’ is part of our cultural tradition, you can take it or leave it or redefine it to your liking.”
Shuck first came out as an unbeliever in 2011, generating controversy as to how one could serve as a minister and not believe in the Bible.
“The concept of ‘God’ is a product of myth-making and ‘God’ is no longer credible as a personal, supernatural being,” he wrote in a blog post on his site “Shuck and Jive.” “Jesus may have been historical, but most of the stories about Him in the Bible and elsewhere are legends.”
Shuck reiterated his unbelief in his article “I’m a Presbyterian Minister Who Doesn’t Believe in God” on Tuesday, as he asserted that “[b]elief-less Christianity is thriving.”
“We all have been trained to think that Christianity is about believing things,” he wrote. “Its symbols and artifacts (God, Bible, Jesus, Heaven, etc) must be accepted in a certain way. And when times change and these beliefs are no longer credible, the choices we are left with are either rejection or fundamentalism.”
But Shuck says that although he rejects the Bible as being literal, and denies the existence of Heaven and Hell, he takes offense when people tell him that he’s not a Christian.
“[E]ven though I hold those beliefs, I am still a proud minister. But I don’t appreciate being told that I’m not truly a Christian,” he stated. “Many liberal or progressive Christians have already let go or de-emphasized belief in Heaven, that the Bible is literally true, that Jesus is supernatural, and that Christianity is the only way. Yet they still practice what they call Christianity.”

He might as well claim to be a meat-eating vegetarian, or a KKK-loving Black, or a Jew who works for the Nazis. All he is doing is making things up as he goes along. He is a legend in his own mind. Indeed, he has set up his mind, and himself, as god. He will decide what is true and false, right and wrong.

This is the very heart of idolatry, and the very thing which the One True God cannot abide. “You shall have no other Gods before me” Yahweh proclaimed as the first commandment. And the very first and greatest commandment Jesus offered us was to love God with all our heart, mind, soul and strength.

This reprobate has of course broken both of these commandments. And proudly so. He thinks he is god and he will call the shots. Well I have news for this joker: he is not the centre of the universe. He is not even the centre of Oregon, or of Beaverton.

He is simply another arrogant idolater, shaking his fist at God in ugly rebellion and defiance. He is no better than any other atheist and misotheist. Indeed, he is worse, because he once claimed to be a Christian. He clearly is not any longer. He is deceived, and is quite happy to drag as many other deceived folks down into the pit with him as he can.

Obviously we can pray for such apostates. And a good prayer to pray is that God would either improve or remove the guy.