With plenty of public discussion over a recent case of capital punishment, I have regrettably noted an incredibly high level of confusion, misinformation, illogic, and just plain biblical illiteracy about these matters. It seems that far too many Christians are utterly confused and uninformed here.

I have already written 17 articles on this issue, so this will be number 18, and I suspect I will be writing plenty more in the days ahead. Although I thought I had adequately covered all the bases, I still hear so many Christians offering such unbiblical, emotive and simply sloppy thinking on this matter.

One of the aspects of the debate that continues to receive plenty of confused thinking is the issue of consequences. Now I have already written entire pieces on this, but there still remains so much woolly thinking here. The simple truth is, one can be forgiven for a sin, but the consequences of one’s actions often do not simply disappear. I have often quoted Norman Geisler on this:

If a Christian jumps off a high cliff, confessing his sins on the way down will not avert death at the bottom. The truth is that, forgiven or not, there are social and physical consequences of sin. A Christian who commits a capital crime can receive forgiveness but should not expect to avoid the appropriate penalty. And the fitting penalty for taking another life is giving one’s own.

I speak to all this in great detail here: billmuehlenberg.com/2007/10/14/sin-forgiveness-and-consequences/

However it seems more needs to be said. But I will move away from the particular debate over the death penalty and look at much broader considerations here. So let me speak more to the issue of sin and consequences, focusing on King David and his sin with Bathsheba. 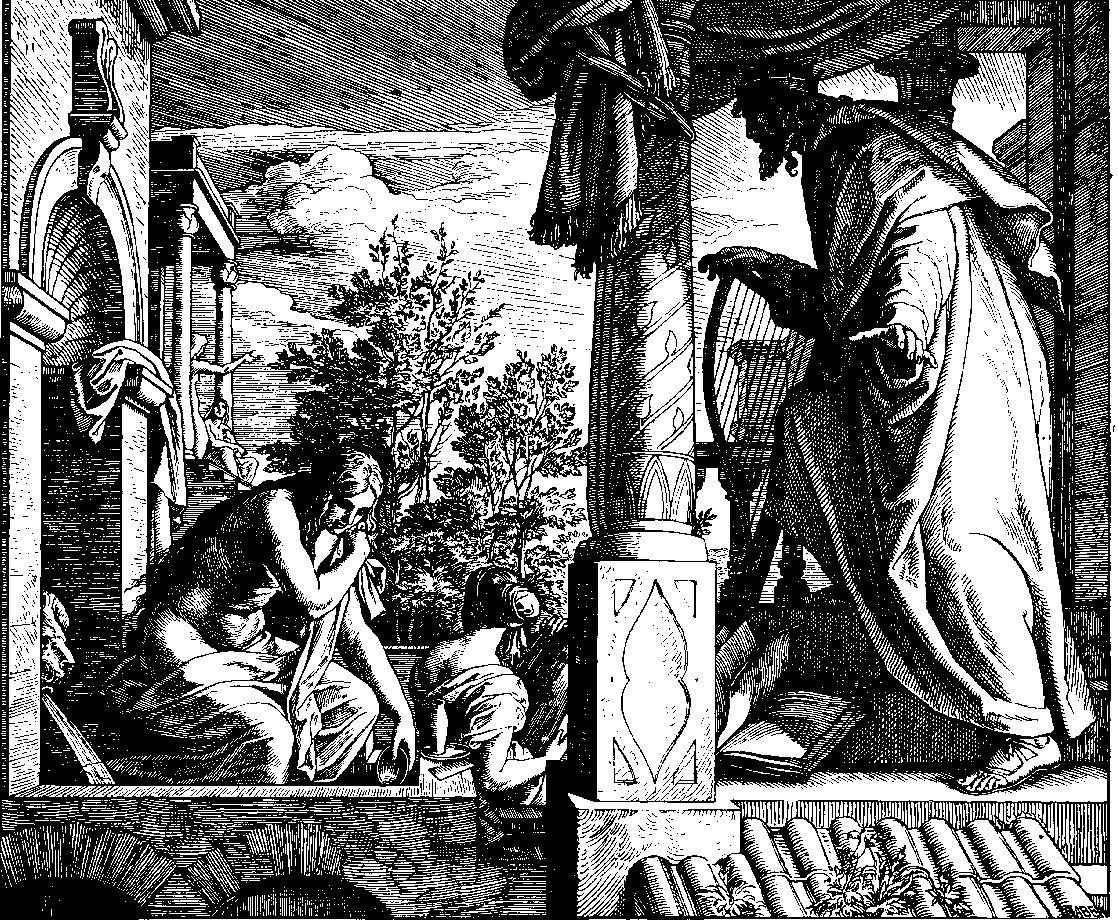 This very well-known and very tragic tale of King David’s sin is recorded in 2 Samuel 11. He broke at least three of the commandments here: covetousness, adultery, and murder. In 2 Sam. 12 we read about how the prophet Nathan came and rebuked David. Consider especially verses 9-19:

‘Why did you despise the word of the Lord by doing what is evil in his eyes? You struck down Uriah the Hittite with the sword and took his wife to be your own. You killed him with the sword of the Ammonites. Now, therefore, the sword will never depart from your house, because you despised me and took the wife of Uriah the Hittite to be your own.’ “This is what the Lord says: ‘Out of your own household I am going to bring calamity on you. Before your very eyes I will take your wives and give them to one who is close to you, and he will sleep with your wives in broad daylight. You did it in secret, but I will do this thing in broad daylight before all Israel.’” Then David said to Nathan, “I have sinned against the Lord.” Nathan replied, “The Lord has taken away your sin. You are not going to die But because by doing this you have shown utter contempt for the Lord, the son born to you will die.” After Nathan had gone home, the Lord struck the child that Uriah’s wife had borne to David, and he became ill. David pleaded with God for the child. He fasted and spent the nights lying in sackcloth on the ground. The elders of his household stood beside him to get him up from the ground, but he refused, and he would not eat any food with them. On the seventh day the child died. David’s attendants were afraid to tell him that the child was dead, for they thought, “While the child was still living, he wouldn’t listen to us when we spoke to him. How can we now tell him the child is dead? He may do something desperate.” David noticed that his attendants were whispering among themselves, and he realized the child was dead. “Is the child dead?” he asked. “Yes,” they replied, “he is dead.”

Here we see a lot of stuff going on involving sin, penalties, consequences, forgiveness, and the like. Did David get off scot free? Clearly not. Although he confessed his sin and repented, and was forgiven by Yahweh, he still had to face the music – big time.

Indeed, there were severe repercussions and consequences to his sinful actions. These impacted not just on himself but on his offspring as well. Indeed, his own son died as a result. Now various theological questions arise here of course. One is why did Yahweh spare David his just penalty (death for adultery, as specified in Leviticus 20:10)?

Several things can be said. God of course is a God of mercy. That may explain much here (along with the fact that the coming messiah would come through the Davidic line). Possibly David’s guilt has been placed on the newborn son, and he died vicariously for David.

But a better approach to this, as Bill Arnold explains, might be this:

The child’s death is a result of David’s sin, but this is not the same as punishment. It is a fundamental principle of life that God may forgive and cleanse us of all wrongdoing, but the consequences of our sin may, and in fact, often, remain. The innocent suffer for crimes committed by someone else, but such suffering is not punishment for those crimes. A crack [cocaine] baby may die soon after birth because the mother used crack during pregnancy. The child dies, the mother lives. The child’s death is not the punishment but the consequences of the mother’s sin. Her punishment will take a different form.

I have already quoted this in my article I link to above, but I think it bears repeating, and amplification. In her commentary on Samuel, Mary Evans also spends some time on the distinction between punishment and consequences. She notes how the taking of David’s wives was not a direct punishment for his sins but an indirect consequence. She continues:

Scripture is very clear that in most instances God will allow the consequences of our actions to stand, even when other people get hurt in the process. Resentment and rivalry between step-children and half-siblings in multiple marriage situations like David’s are not a punishment for those marriages but are a regular consequence. David’s sons Amnon, Absalom and Adonijah all died violently, all in incidents that were, in one way or another, related to the exercise of power and control. All his sons, including Solomon, seem to have learned more from David’s example of setting aside the law in his own interests than from his genuine repentance and service of God. We are created as responsible human beings and we must bear that responsibility. It is not punishment for drunk-driving when a child is killed, but the child remains dead, the parents are devastated and the driver has to live with it for the rest of his or her life. As in so many other cases, David did not foresee or intend the ongoing consequences of his action but he remains responsible for them. In some sense, for David, living with those consequences was a greater punishment than the deserved death penalty might have been.

Indeed, if you simply read the rest of 2 Samuel and on into Kings, you see a horrific and seemingly never-ending story of bloodshed, murder, betrayal, family rivalries, warfare and so on. The consequences of sin run very deep, and run very long.

As David Firth states, the outcome of this attack on Uriah and rejection of God’s grace

was the continued violence in David’s household. David had made the sword central (11:25), and so would experience the sword for the rest of his life, hinting at Absalom’s revolt as well as that of Sheba. David took and became the monarch of whom Samuel had warned (1 Sam. 8:10-19). Now he will discover the bitter fruit of such a choice.

God is merciful and God is gracious. Those are wonderful biblical truths which we must never forget. But we must also never forget the biblical truth that sin is infinitely horrible since it is against an infinite God, and the consequences of sin are far-reaching indeed.

The lesson for all of us here is to guard our hearts with the utmost diligence, and plead to God that he will send us a holy revulsion of sin. Sin damages and destroys not just ourselves but others as well. We see just how terrible sin is by the extreme measures God had to take at Calvary to deal with it.

So we exalt in God’s grace. But to be fully biblical, we must also have a holy hatred of sin, knowing that even with forgiveness, there will still be consequences for our sins. Nobody knew this lesson better than David it seems.

3 Replies to “Truth and Consequences”