There is no shortage of those who have had a major rethink, and quite often that is a very good thing indeed. A few days ago I wrote a piece on this, providing some examples, and then highlighted one individual who had a major rethink about things. I got a good response to that.

Well, there are more such encouraging stories, so let me feature another individual and his story. But first let me make a few brief points about others who decisively have changed their mind. The move of a few brave souls away from ideological communism during the Cold War is certainly worth noting. 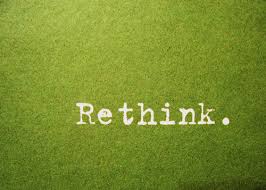 One of the most famous cases of this is that of Whittaker Chambers. He had become a Marxist in 1925, joined the Communist Party USA soon thereafter, and engaged in espionage for the Communists in the 30s. However by the late 30s he was becoming disillusioned with Communism and he left it altogether in 1938 and became a Christian.

He tells his amazing story in his 1952 autobiography Witness. It really seemed that Communism was unstoppable back then, putting him on the wrong side of history. One of the most famous quotes about his change of heart is this: “I know that I am leaving the winning side for the losing side, but it is better to die on the losing side than to live under Communism.”

Another big time defector from Marxism and the left was Hungarian-born writer Arthur Koestler. He was a member of the Communist Party in Germany in the 30s, but left it in 1938. He resided in Britain from 1940 onwards, and published a number of anti-communist novels including Darkness at Noon.

There were two quite famous cases of a massive change of mind concerning politics and ideology. There are other sorts of turn-arounds as well. Thankfully many people have enough humility to admit that they might be wrong, and that they may need to reassess things.

Socrates once said the unexamined life is not worth living. Quite so. If we are locked into our position and have closed our minds to new evidence or new arguments, then we are in a bad way. I am not talking about perpetual scepticism here, where we doubt anything and everything.

Rather, I am referring to being open to the truth, even if it means moving us out of our comfort zones, or forcing us to apologise and say we got it wrong. I just came upon another such story about this and thought it was well worth sharing. It has to do with another person willing to have a rethink, even if it meant losing friends along the way. The piece begins:

I remember the righteous smugness I used to feel when the one conservative friend in my social circle would begin expressing his opinions at a dinner gathering. I and the other ‘enlightened’ diners would shift uncomfortably and glance at one another, rolling our eyes: “Here he goes again.” My stomach would tighten with a worry not fit for the occasion. I began to feel personally offended. And the smugness sometimes boiled over into anger, as I’d listen to my friend, loyal and kind, simply share his “crazy” ideas and opinions with us.
What I thought then was only my frustration with his views, I know now was also my own discomfort with my belief it was okay to dismiss and condemn him for expressing himself. We ganged up on him. And while he didn’t like it (who would?), he took it well, and eventually the conversation would drift into safer territory like work and sports, and all would be forgotten.

But he was not willing to remain where he was at, and actually took the bold step of re-evaluating his position:

I decided to turn around and head back up the road and look at things from the other side. And after much rumination, research, and listening, I began to rethink my positions, and it became abundantly clear to me that I am a conservative. Not a criminal or a hater or even a telemarketer, no, just someone who doesn’t agree with the ideology, and won’t fall victim to emotional manipulation and hypocrisy of the Left any longer.
So I decided to do something that many people won’t or can’t do. I came out…‘right’, and owned the fact that I see things differently now.
And boy howdy what a reaction I got! When I first shared my new views on Facebook it was as if I had announced that I was dedicating my life to murdering kittens. The vitriolic responses from my “friends” only reinforced my theory that the “party of tolerance” was only tolerant of those who agree with them. Soon after that experience I wrote a taut farewell to Facebook-land and haven’t been back since.
Being someone who lives and works in Los Angeles (and wants to continue to do both), I had plenty to lose by revealing this change of heart and mind. Plus, having been raised in Massachusetts by a socialist mother during the ‘60s and ‘70s, this was the ultimate about-face. Many of my old colleagues don’t call me anymore, and have become alienated because I am so “out there” now. Some members of my family keep our conversations on the light side, and I get tight smiles from certain friends. I don’t begrudge them as much as I simply don’t get it.
So now here I am, a reformed, or shall I say transformed liberal, living in the center of the religious Left, wondering whether I should continue to open my trap or keep my opinions to myself.

As I say, to be willing to rethink, especially to go against the grain of the secular left hegemony which characterises Western life, is a big decision. It is a costly decision. You will lose friends, make plenty of enemies, and face the wrath of the tolerance brigade.

I made such a shift over 40 years ago and I am still facing the sweetness and light from those on the other side. For example, just today I received this comment about an article I had written on the global persecution of Christians: “If you’re ready to die for your ‘saviour’ then f**king hurry up and do it, a**hole. Lead all these other twats the same way.”

Ah, such tolerant and accepting people these guys are. No wonder so very few dare to cross them, to reassess, and to actually think for themselves and perhaps head in a different direction. There is hell to pay if you go against the party line and actually think for yourself.

But we are all called to do just that. It may be risky, it may be costly, but we must go against the flow. Indeed, any dead fish can go with the flow, but it takes a living fish to swim upstream. So just what are you: dead or alive?