OK, a public disclosure is required here before moving on: I am an old guy. So of course I will defend being old, you might think. And perhaps you are right. But there is more to this than just my own increase in years. The Bible speaks much about the value of those who are older.

The simple truth is, with age comes experience, wisdom, maturity, and so on. Or at least that is how it is supposed to go. The young simply lack so much of this. Scripture has much to say about the elderly and their role. Just a few verses can be offered here:

Leviticus 19:32 Rise in the presence of the aged, show respect for the elderly and revere your God. I am the Lord.
Job 12:12 With the ancient is wisdom; and in length of days understanding.
Proverbs 23:22 Listen to your father, who gave you life, and do not despise your mother when she is old.
1 Timothy 5:1-2 Do not rebuke an older man but encourage him as you would a father, younger men as brothers, older women as mothers, younger women as sisters, in all purity. 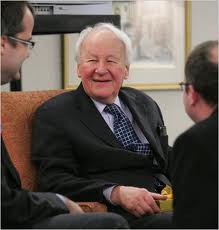 All this is important for at least two reasons. One, we live in a youth-obsessed culture. In the West everything is geared for the young. It is almost as if older people do not exist. So much of our entertainment, our marketing, our politics, our economy and so on is all geared to the younger generation.

While we might expect the world to carry on like this, the really worrying thing is that so much of the western church has slavishly followed suit. It too tends to cater almost exclusively for the young. So much of the music, the worship, even the sermons – if sermons are still to be found – are geared to youth.

One indication of how the Bible values those older in the faith can be found in its emphasis on and description of elders. The term entails just what it says: the elderly – those who are older. They are valuable for church leadership because of the wisdom and maturity gained through their length of days.

1 Timothy 5:22 indicates this as well when it says that we are to “lay hands suddenly on no man”. The idea is that in the laying on of hands (the public acknowledgement and commissioning of a person for the Lord’s work) care and due diligence should be used.

The hasty appointment of someone to church leadership can be the source of all sorts of trouble. All this is not to say that young people have no role to play in the work of the Kingdom of course, but one of the aspects of biblical leadership is growth in wisdom, maturity, experience and understanding.

But my second reason for raising this is because of my daily reading. In 2 Chronicles 10 we read about how the Kingdom was divided after the death of Solomon. Rehoboam, son of Solomon, was an unwise king resulting in Israel to the north rebelling against him and forming their own Kingdom with Samaria its capital and Jeroboam its first king.

Jeroboam had asked the newly appointed king Rehoboam to lighten the heavy load put on them by their father. In verses 5-14 we see how this plays out:

Rehoboam answered, “Come back to me in three days.” So the people went away. Then King Rehoboam consulted the elders who had served his father Solomon during his lifetime. “How would you advise me to answer these people?” he asked. They replied, “If you will be kind to these people and please them and give them a favorable answer, they will always be your servants.” But Rehoboam rejected the advice the elders gave him and consulted the young men who had grown up with him and were serving him. He asked them, “What is your advice? How should we answer these people who say to me, ‘Lighten the yoke your father put on us’?” The young men who had grown up with him replied, “The people have said to you, ‘Your father put a heavy yoke on us, but make our yoke lighter.’ Now tell them, ‘My little finger is thicker than my father’s waist. My father laid on you a heavy yoke; I will make it even heavier. My father scourged you with whips; I will scourge you with scorpions.’” Three days later Jeroboam and all the people returned to Rehoboam, as the king had said, “Come back to me in three days.” The king answered them harshly. Rejecting the advice of the elders, he followed the advice of the young men.

The result of all this is found in v. 19: “So Israel has been in rebellion against the house of David to this day.” Wow, what a lesson is found here. Of course this is not to say that advice and counsel from the elderly is always right and that of younger people always wrong.

But it does show the folly of relying on only the younger crowd, while rejecting the wisdom and learning of those who are older. Yet as I say, pretty much all of the West operates in this fashion, as does far too much of the church. And the warnings of 1 Tim. 5:22 can be applied in related areas as well.

How often do we find brand new converts being thrust into the limelight in many Christian circles? Because they may be a bit famous, or have a bit of an amazing testimony, these people are sometimes rushed into the public glare, if not into leadership positions.

But too often they are far from ready, and certainly are in need of some solid growth, learning, maturing, and so on. How many of these new believers are simply unprepared and not ready for all the attention and responsibilities thrust upon them?

How many end up burning out or getting into moral or theological error because they were far too young and unable to cope with all the new found public notice and pressure? I often think about one poor gal I heard back in America long ago. I was at Calvary Chapel in California, and they got a new Christian convert to give her testimony.

Her main claim to fame seems to have been the fact that she was a Playboy bunny. There was nothing memorable about her testimony, and it was neat that she got saved, but I have often wondered how she fared. She was thrust into the spotlight and people were happy to hear about this pretty young gal, but where is she today? Is she still following Jesus?

Anyway, back to my main point: the lessons of 2 Chronicles need to be heeded. Too much of the church is focused too much on all things youth-related. It is of course vital that we deal with young people, but not at the expense of others, and not if we push them too far and too fast when they are not fully up to Christian leadership.

In recent years much has been written about youth ministry, its value, and whether we should pull the plug on it altogether. It is not my place to enter into that discussion here, but the whole issue is well worth thinking about. Several recent articles on this are worth looking at:

But the lessons of 1 Tim. 5:22, 2 Chronicles 10 and other passages must not be lost on us. Instead of slavishly following the world in all that it does, the church needs to provide a genuine counter culture, leading the way. And that includes how we deal with both young and old.

6 Replies to “On the Value of Being Older”