We do not hear all that much about liberation theology nowadays. But it certainly was a major issue in the 70s and 80s, and I wrote extensively about it at the time. Although primarily a phenomena of Latin America, and mainly found in Catholic circles, it did spread elsewhere and into other denominational groupings.

A short overview of it can be offered here, but mainly because a new development has arisen which is well worth highlighting. As to the movement itself, it was mainly a movement of the religious left, in which Marxist analysis of economic and social conditions was given a very high place. 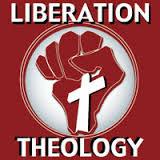 Some of the main figures in this movement back then were Gustavo Gutierrez, a Peruvian priest, Jose Miranda, a Mexican theologian, and Jose Miguez-Bonino, an Argentinian Protestant. They argued that we must have a new way of doing theology (routinely utilising the Marxist term “praxis”).

Orthopraxis was to take priority over orthodoxy, and Marxist economic and sociological analysis was often seen to trump biblical revelation. A new way of doing hermeneutics was also enjoined. The hermeneutical methods of Marx and Engels were held up as the way forward in dealing with poverty and oppression in various countries in Latin America.

That there was a very heavy reliance on Marxist thought is indicated in their book titles. For example, Miranda wrote Marx and the Bible (1971) and Miguez-Bonino penned Christians and Marxists: The Mutual Challenge to Revolution (1976).

While the political and economic philosophy of Marx had greater influence in some of the liberation theologians than others, it certainly was a decisive factor in the movement as a whole. Of course concern for the poor should be a big part of Christian thinking and practice.

And one might gain some insights from Marx and others on this. But in far too many cases Marxian thought trumped biblical truth. Too often the Marxist critique was seen to equal or even surpass biblical revelation. Thus Orlando Costas, who was quite sympathetic to liberation theologians, said this:

“The praxeological problem with liberation theology is not that it has benefited from Marxist analysis in its attempt to understand Latin American reality but, rather, that it has given Marxian thought a privileged place in its theory of praxis while denying a similar place to the Bible.”

Because of this overreliance on Marxist ideology and under-reliance on biblical theology, core biblical doctrines were often greatly distorted. Sin for example was often viewed in terms of oppressive social structures instead of an individual’s rebellion against God.

Things like capitalism became the great evil in liberation theology, and political upheaval, if not revolution, was seen as the salvific event needed to end such sin. The class struggle, so much a part of Marxian thought, became the leading issue in much of liberation theology. And rising up – and maybe even taking up arms – against oppressive capitalist systems was seen as a key form of salvation.

The work of Christian mission then becomes one of class struggle and fighting capitalism. This is how the Kingdom of God is extended. Gutierrez for example was quite up front about all this: “We Christians must be committed both personally and collectively … to the building of a new society. This new society must be a classless society in which there is collective ownership of the means of production.”

As mentioned, Christians should rightly have a this-worldly interest in seeing the gospel impact all of life. Dealing with poverty and oppression is an area Christians need to be involved in. But as I have argued elsewhere, and as history clearly demonstrates, the idea that Marxism is the cure to poverty and the road to liberation is a pipedream.

The free market, for all its faults, has done more to lift the masses out of poverty than any other system. Wealth creation, not wealth confiscation and distribution, is the answer to dealing with poverty. Liberation theology radically truncates the biblical gospel and proposes a false – and failed gospel – in its place.

But I mentioned that a new development has been the real catalyst for this piece. I refer to an amazing testimony of the highest-ranking defector from communism in the ‘70s, Ion Mihai Pacepa. He recently was interviewed about the key role the Soviet Union played in establishing liberation theology in Latin America. Here is part of this eye-opening interview:

On October 26, 1959, Sakharovsky and his new boss, Nikita Khrushchev, came to Romania for what would become known as “Khrushchev’s six-day vacation.” He had never taken such a long vacation abroad, nor was his stay in Romania really a vacation. Khrushchev wanted to go down in history as the Soviet leader who had exported communism to Central and South America. Romania was the only Latin country in the Soviet bloc, and Khrushchev wanted to enroll her “Latin leaders” in his new “liberation” war….
Was the Theology of Liberation a movement somehow “created” by Sakharovsky’s part of the KGB, or was it an existing movement that was exacerbated by the USSR?
The movement was born in the KGB, and it had a KGB-invented name: Liberation Theology. During those years, the KGB had a penchant for “liberation” movements. The National Liberation Army of Columbia (FARC), created by the KGB with help from Fidel Castro; the “National Liberation Army of Bolivia, created by the KGB with help from “Che” Guevara; and the Palestine Liberation Organization (PLO), created by the KGB with help from Yasser Arafat are just a few additional “liberation” movements born at the Lubyanka — the headquarters of the KGB.
The birth of Liberation Theology was the intent of a 1960 super-secret “Party-State Dezinformatsiya Program” approved by Aleksandr Shelepin, the chairman of the KGB, and by Politburo member Aleksey Kirichenko, who coordinated the Communist Party’s international policies. This program demanded that the KGB take secret control of the World Council of Churches (WCC), based in Geneva, Switzerland, and use it as cover for converting Liberation Theology into a South American revolutionary tool. The WCC was the largest international ecumenical organization after the Vatican, representing some 550 million Christians of various denominations throughout 120 countries.
How did the Theology of Liberation start?
I was not involved in the creation of Liberation Theology per se. From Sakharovsky I learned, however, that in 1968 the KGB-created Christian Peace Conference, supported by the world-wide World Peace Council, was able to maneuver a group of leftist South American bishops into holding a Conference of Latin American Bishops at Medellin, Colombia. The Conference’s official task was to ameliorate poverty. Its undeclared goal was to recognize a new religious movement encouraging the poor to rebel against the “institutionalized violence of poverty,” and to recommend the new movement to the World Council of Churches for official approval. The Medellin Conference achieved both goals. It also bought the KGB-born name “Liberation Theology.”

The whole interview is well worth reading. Many of us during the Cold War understood that all sorts of “peace” organisations were little more than front groups for Soviet Communism. And Lenin rightly referred to Western supporters of the Communist revolution as “useful idiots”.

Of course to point out this connection is not to say that everyone involved in liberation theology was a Marxist (be it a Communist agent or a Marxist stooge). Many well-meaning people and many real Christians may have been involved in this movement.

But as I noted above, it was far too much Marxist in nature and far too little biblical. And with these new revelations of Soviet complicity, we can see just how dangerous so much of it was – and still is.

8 Replies to “Liberation Theology and Marxism”