The general election in the UK will be held on Thursday May 7. As usual, the two main parties will be slugging it out: the Conservative Party vs the Labour Party. The Liberal Democrats have been the third main player for a while now, but newcomers could make a real move here, including UKIP (the United Kingdom Independence Party), the Greens, and the SNP (Scottish National Party). Results may be a hung parliament, as with the last election, and/or a new coalition, depending on how some of the newer, smaller parties fare.

Even though I was in the UK last year for a period, I am of course not English, nor an expert on how this election will pan out. However I can offer a number of vignettes about some of the parties and candidates, and the general state of play in the UK. 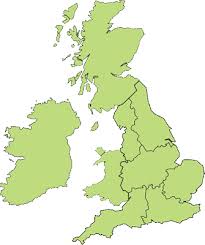 I have of course written many dozens of articles about this land and the great problems it is experiencing, including the general moral freefall, the jackhammer of the militant homosexualists, suffocating PC, the rise and rise of Islam, and the fall and fall of Christianity.

All this makes for a frightening future, which is why Thursday’s election is important indeed. So let me look at a few of these issues. Let me start with the perennial nutjob party, the Greens. In their latest outrage they actually said that polyamory is just peachy – at least their leader thinks so.

As one media report states: “The Green Party is ‘open’ to the idea of three-person marriages, Natalie Bennett has said. Ms Bennett said she was “open to further conversation and consultation” about the prospect of the state recognising polyamorous relationships. She made the comments in conversation with PinkNews, the LGBT website.”

The Greens around the world of course are hardly at all about the environment, and are really all about the most extreme and radical social engineering possible. But the nutters and nation wreckers are not much better in the Labour Party. Consider this mind-boggling bit of dhimmitude from their leader:

A future Labour Government is committed to outlaw the scourge of Islamophobia by changing the law and making it an aggravated crime, according to the Party’s Leader Ed Miliband. “We are going to make it an aggravated crime. We are going to make sure it is marked on people’s records with the police to make sure they root out Islamophobia as a hate crime,” Miliband told the Editor of The Muslim News, Ahmed J Versi in a wide ranging exclusive interview.

Islamophobia a crime! Add that to the Greens’ nonsense, and we likely would have homophobia and polyphobia made into crimes as well. The loonies are running the parties there, and political correctness and anti-Christian animus seems to be at an all-time high.

A phobia, which is an irrational fear, is now to be punished as a crime? The thought police and thought crimes which we were warned about in novels like 1984 are now quickly becoming a reality in the land which was once known as Great Britain.

But wait, there’s more. The Labour party it seems is fully committed to deceptive dhimmitude and making sure sharia law rules the whole land. Consider this bizarre act of subservience to misogynist Islam:

Labour has defended an election rally in Birmingham where men and women sat separately – after UKIP leader Nigel Farage said the event was “wholly unacceptable.” The rally, attended by Labour election candidates standing in Birmingham and the Black Country, was advertised as having a “women’s section”, and photos taken at the event show men and women sitting apart.

There will be a whole lot more of this sort of segregation and discrimination if Labour gets in, and their pro-Islam madness is given even a greater run. For millennia Christianity worked to elevate the status of women and bring in real equality, but it seems the leftist parties are committed to undoing all this overnight. My, how the nation has fallen!

In stark contrast to this grovelling before all things Islamic and homosexual, UKIP is taking a stand for some common sense and some real values:

The United Kingdom Independence Party (UKIP) has issued a manifesto of its adherence to Christian values, saying that there must be a more “robust” defence of Christianity. The party’s leader, Nigel Farage, stated that the political class in Britain has lost sight of the nation’s Christian roots.
“We will uphold robustly the rights of Christians, as well as those of other faiths, to worship as they wish and to espouse their beliefs openly, within the limits of the common law,” the party said in its “Christian manifesto,” thus far, the only such document produced by any British political party.
UKIP says the party is “proud of Britain’s Judaeo-Christian heritage,” which it says “underpins our culture, our legal code and our system of governance. We will stand up for it because we believe it is as integral, relevant and important a part of life in Britain today as it has ever been.”
“Sadly, I think UKIP is the only major political party left in Britain that still cherishes our Judaeo-Christian heritage. I believe other parties have deliberately marginalised our nation’s faith, whereas we take Christian values and traditions into consideration when making policy,” Farage said.

And conservative London mayor Boris Johnson also has added a bit of sanity here as this headline makes clear: “Boris Johnson: ‘Sharia law in the UK is absolutely unacceptable’.” The article begins:

Boris Johnson has branded Sharia Law in the UK as “absolutely unacceptable”, as he slammed Church of England clerics who say the Islamic legal code should be incorporated into British law. Speaking on LBC radio this morning, the London Mayor said he was opposed to “a Sharia system running in parallel with UK justice.”
His remarks come a day after Home Secretary Theresa May called for an investigation into the application of Sharia law in England and Wales if Conservatives win the General Election.
But the mayor said he took “grave exception” to Church of England clerics who suggest the principles of Sharia could be introduced into the legal system. Former archbishop of Canterbury Rowan Williams sparked controversy in 2008 when he suggested it was “inevitable” that elements of Sharia would be incorporated in British law.

Of course all this is just scratching the surface of what are some of the major concerns in the UK, and just how important this election really is. While the Conservatives and David Cameron are far from perfect, and have been such a great disappointment in so many areas, the only consoling thing we can say is they are not quite as bad as Labour and the Greens.

And while UKIP is certainly not perfect either, I for one hope it does very well in this election, and perhaps becomes a coalition partner with the Conservatives. The UK is going down the tubes fast, and freedom, faith and family are all taking a huge hammering right now.

If the leftists get into power, these three will take even further hammering. Indeed, it may well spell the end of real freedom, the Christian faith, and the institutions of marriage and family. So this is a vitally significant election indeed. So we all can at least pray that righteousness will prevail, exalting the nation. Pray for Cameron, Miliband, Clegg, Farage and other leaders.

While politics cannot save, politics is important nonetheless, and while no governments are ideal, or a panacea, some can be far worse than others. God save the UK.

30 Replies to “On the UK Elections”