If you want to so designate things, I can be said to be a member of the Islam critical movement. That is, as a citizen of the free West, I see Islam as the major threat to my way of life, and as a Christian I see Islam as a false religion and a counterfeit ideology.

With nearly 400 of my 3,300 articles devoted to Islam and the dangers it poses, I think my credentials on this are fairly well established. No one can accuse me of being soft on Islam. But I wish to speak here to some possible differences between a Christian like myself and some of my more secular colleagues in the Islam-critical movement.

And I write this because I know many of these folks. Many of the key leaders both here and abroad I have worked with, shared the stage with, dined with, and so on. So some of these folks I count as friends, even close friends. But not surprisingly there is a real mix here.

Some in the movement are atheists. Some are agnostics. Some are Catholics of various stripes – devout, nominal, etc. Some are Jews of different stripes – liberal, orthodox, etc. Many would be fellow Protestants, and some would be gung-ho evangelicals such as myself.

We all share a common revulsion to the obvious Islamic atrocities: beheadings, honour killings, sharia law, dhimmitude, misogyny, the hatred of freedom, pluralism and democracy, and so on. And we all are doing our best to warn a sleeping, lethargic West to wake up before it is too late.

As I have documented countless times in my articles, we are losing our freedoms in the West every day due to creeping sharia and stealth jihad. And it seems to get worse by the hour. Increasingly we are even finding bloody jihadist attacks being committed on Western streets.

So I am one with the Islam critical movement in identifying and warning against this evil ideology. Where we may differ some is in our motivations. It might be said that some major driving forces amongst the secular folks in this movement are a love of liberty, a hatred of Islam, and so on.

The Christian motivations may overlap here, but in some ways may differ. Many of us also love liberty, although we may not see it as the highest good – getting back into right relationship with God is. And the Christian seeks to love all people, including the Muslim, although hating that which is evil.

And I for one think Islam is evil – it is a political ideology birthed out of the pits of hell. It is not just some neutral, benign religion, but it is a satanic counterfeit and arguably the world’s worst killing machine. So I for one have no illusions about the evil nature of Islam.

But as a Christ-follower I am called to love individual Muslims, pray for them, seek to befriend them, and seek to introduce them to Jesus Christ. That is where I may differ from some of my colleagues here. That is why I may support in principle some of their activities, while perhaps not taking part in all of them myself.

On the recent cartoon episode 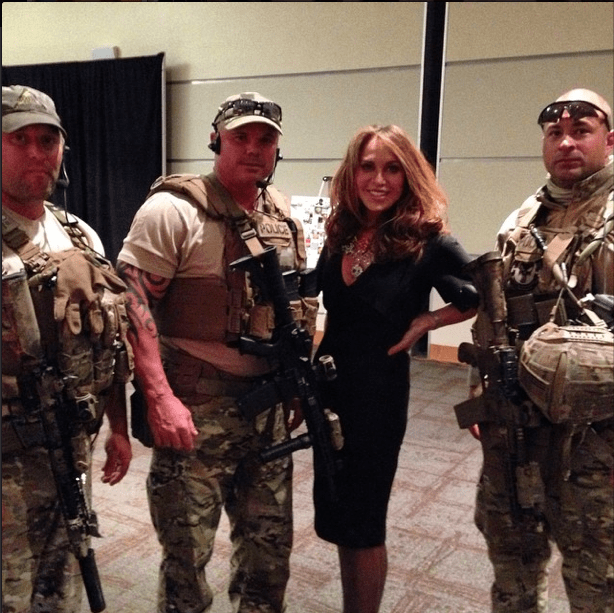 Let me look to a recent incident which depicts both some of the common ground as well as the differences I may have with some of my friends here. As most folks would now know, some of these leaders (including Robert Spencer, Pamela Geller, Geert Wilders) were involved in a Muhammad cartoon drawing contest in Texas a few days ago.

Two Muslim attackers targeted this, but were thankfully killed before they could take a number of lives. They certainly demonstrated everything this event was seeking to highlight. And incredibly the leftist mainstream media largely bagged Geller et al, and almost made the Muslim killers out as the victims.

This is the ultimate proof of how far down the drain of dhimmitude so much of the West has fallen. They actually think those who champion freedom and democracy are the bad guys, and those who want to kill you for this are somehow the good guys.

Pamela powerfully took to task one clueless dhimmi at CNN, and her brief interview is well worth watching: louderwithcrowder.com/pamela-geller-destroys-cnn-on-drawing-mohammad/#

So I fully support the attempts to make clear the very real war we are in. But as I say, I am also a Christian, concerned about reaching Muslims. My ultimate concerns are how to reach these folks for Jesus. Thus I too seek to be careful not to unnecessarily offend and provoke them.

I was discussing this with US Christian leader and friend Michael L. Brown the other day. He said he did not fully approve of this contest, as it would provoke Muslims. I reminded him that to simply affirm the Christian truth that Jesus is the Son of God is provocative to a Muslim. He agreed, but wanted to keep unnecessary obstacles out of the way in order to evangelise Muslims.

I agreed. So while we would both support the idea of alerting clueless Westerners to the threat of Islam, we might not get involved in all these efforts, simply because we are seeking the conversion of Muslims. And of course our colleagues may also seek their conversion.

That is, they may want to see a reform movement in Islam (if that in fact is even possible). They may well want to convert Muslims into becoming supporters of such basic values as freedom and democracy. So they too seek some fundamental changes in Muslims.

But only the biblical Christian really desires to see the most important and most effective change of all: a change of heart wrought by the work of the Holy Spirit as the Muslim comes to see that Christ is who he claims he is, that he died for them on a cross, and that he seeks to restore them to God through faith and repentance.

That is the only lasting and really life-transforming change we can aim for. And of course this gospel message will be offensive to Muslims. As mentioned, to proclaim the deity of Christ is guaranteed to offend Muslims – they see that as blasphemy. But that is unavoidable for the Christian. We must proclaim who Jesus is, regardless of the objections and negative reactions.

But of course I do not have to draw cartoons of Muhammad. That is not an essential part of my evangelistic outreach to Muslims. So as a Christian, I might steer clear of that. But for my friends in the movement who are trying to prove a point – about the totalitarian nature of Islam – I fully agree, and support what they sought to do.

I disagree with those who claim that Pam Geller was being deliberately provocative and baiting a Muslim reaction. Freedom, democracy, pluralism, women’s rights, and so on are all of necessity provocative and anathema to a Muslim. The truth is, to devout Muslims, even our flag is provocative.

And as if to prove our point, now the Islamic State is even more incensed with her, and even more determined to kill her. She writes:

This threat illustrates the savagery and barbarism of the Islamic State. They want me dead for violating Sharia blasphemy laws. What remains to be seen is whether the free world will finally wake up and stand for the freedom of speech, or instead kowtow to this evil and continue to denounce me. What’s really frightening and astonishing about this threat is that the media in denouncing me is essentially allying with and even cheering on the Islamic State. I expected this from jihadists. I never expected it from my fellow Americans in the mainstream media.

The threat begins this way:

The attack by the Islamic State in America is only the beginning of our efforts to establish a wiliyah in the heart of our enemy. Our aim was the khanzeer Pamela Geller and to show her that we don’t care what land she hides in or what sky shields her; we will send all our Lions to achieve her slaughter. This will heal the hearts of our brothers and disperse the ones behind her. To those who protect her: this will be your only warning of housing this woman and her circus show. Everyone who houses her events, gives her a platform to spill her filth are legitimate targets. We have been watching closely who was present at this event and the shooter of our brothers. We knew that the target was protected. Our intention was to show how easy we give our lives for the Sake of Allah. We have 71 trained soldiers in 15 different states ready at our word to attack any target we desire…

This war is real my friends, and the sooner we wake up to it, the better.

As I have said often before, the Christian response to Islam is twofold: love Muslims while resisting Islam. As hard as it may be, we must do both simultaneously: stand up for freedom on the political level and resist stealth jihad, while loving and reaching out to individual Muslims, bringing Christ’s message of salvation to Muslim friends and contacts.

Thus to warn about the very real dangers of political Islam and creeping sharia does not mean we don’t seek to reach out to individual Muslims with love and the gospel. That is what the Christian must strive to do. That is what I seek to do.

28 Replies to “Christians and the Islam Critical Movement”