Most days my news wrap could be titled something like this. There is often a mixture of good and not-so-good news, although sadly the bad news seems to predominate. But here I can offer a few cheery bits to go along with the usual gloom and doom.

Indeed, I almost have as many good news stories this time as I do the bad. But since it is good to share good news, I am happy to have things move in this direction. After all, my next article will likely be all bad news again! So here then is the good, bad and ugly:

My first good news story is that the perversion political party, also known as the Sex Party, has been deregistered due to a lack of members. One article puts it this way: “The Australian Electoral Commission has formally deregistered the party at a federal level after it failed to demonstrate it had a minimum of 500 members. The decision comes just months after the Victorian branch of the party won its first seat in the state’s upper house in the November election.”

Yep, that is good news. Secondly, we had the sudden and surprise resignation of the Greens’ leader Christine Milne. It is always good news when we are rid of these moonbeams. And better yet, it sounds like this has divided the party even further and left many Greens quite upset. As Grumpy Cat might say, ‘Good!’ Writes Andrew Bolt:

Milne refused to comment on claims by angry Bandt supporters that she’d given Di Natale and Ludlam advanced warning of her resignation so they had time to stitch up a leadership deal that froze out the unsuspecting Bandt.
Di Natale also wouldn’t comment, yet gave the game away when a journalist asked if he’d discussed standing for leader with his family. “I had a long chat with my partner, Lucy, and the impact it is going to have on my life,” he blurted, before realising his mistake and adding: “I was talking to Lucy six months ago.” He then admitted “someone may have been disappointed by the outcome” before Milne hastily terminated their press conference.

My final good news story is the huge backlash to ‘Christian’ singer Guy Sebastian and his tribute video to a pair of convicted drug runners. He now admits it was a mistake. It sure was. As I said at the time, when this celeb renounces his pro-homosexual views and does a tribute to the 100,000 unborn babies slaughtered a year, then I might take him a bit more seriously.

My first bad – and sad – item, features this headline: “I Desperately Wish My Baby Were Here to Wish Me Happy Mother’s Day, But I Aborted Him.” The story had a tragic beginning but a happier outcome:

My abortion instantly haunted me as grief and guilt overwhelmed me. I attempted suicide a few weeks after my abortion. I felt almost no gratitude at surviving and while recovering in the hospital, I decided to bury my emotions and sought solace in the welcoming arms of the pro-choice movement. I got a job at an abortion center….
After leaving the abortion industry and becoming pro-life, I found myself eager to help pregnant mothers – eager to lead them away from death and toward life. I’ve seen many tactics fail, but peaceful and prayerful witnesses succeed.

On a related matter, consider this bad news story. Christian singer Amy Grant seems to have thrown her lot in with the pro-death camp:

Popular Christian singer Amy Grant is pro-life on the issue of abortion, but she recently announced she is teaming up with one of the most pro-abortion foundations that shuttled millions towards abortions and abortion businesses. In an opinion column on Fox News’ web site, Grant announced she is partnering with the Gates Foundation to push birth control and contraception in impoverished nations. Grant said she hosted pro-abortion Melinda Gates recently at a Christian event in Nashville, Tennessee to discuss their partnership.

Um, claiming to be prolife while dining with the pro-death devil is not exactly a consistent Christian witness. Of course Grant has also been very wishy washy on the homosexual issue as well. I discuss her, and Sebastian, and other ‘Christian’ celebs here: https://billmuehlenberg.com/2014/08/17/a-great-way-to-destroy-the-faith-of-millions/

Another quick ‘bad’ item – perhaps even ‘ugly’ – concerns megachurch pastor Paula White. It seems she is now on her third marriage – to a guy who is on his third marriage. Whatever happened to verses like 1 Timothy 3:2: “Therefore an overseer must be above reproach, the husband of one wife”? It is pretty hard to tell the world about the importance of marriage when so many big cheese Christians cannot even model it in their own lives.

My main example of some real ugly stuff is the ongoing triumph of sharia in the West, and the continued rise of dhimmitude. The reaction to the Muhammad cartoon event by so many clueless leaders and media folks has been quite staggering. When those in the free West side with the enemies of the West, and in fact shrill for those seeking to destroy it, then you know the end is near.

I have already written about this episode and how a Christian might assess such events: https://billmuehlenberg.com/2015/05/06/christians-and-the-islam-critical-movement/ 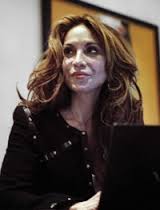 But the hammering people like Pamela Geller have taken over this worries me greatly. We are throwing our freedoms away at an alarming rate. Indeed, forget about the jihadists – we are doing a great job of committing national suicide all by ourselves.

Geller had a piece in Time magazine which is worth partially quoting from:

So, why are some people blaming me? They’re saying: “Well, she provoked them! She got what she deserved!” They don’t remember, or care to remember, that as the jihadis were killing the Muhammad cartoonists in Paris, their friend and accomplice was murdering Jews in a nearby kosher supermarket. Were the Jews asking for it? Did they “bait” the jihadis? Were they “provoking” them?
Are the Jews responsible for the Nazis? Are the Christians in the Middle East responsible for being persecuted by Muslims? Drawing Muhammad offends Islamic jihadists? So does being Jewish. How much accommodation of any kind should we give to murderous savagery? To kowtow to violent intimidation will only encourage more of it.
This is a war.
Now, after the Charlie Hebdo attack, and after the Garland attack, what are we going to do? Are we going to surrender to these monsters? The attack in Garland showed that everything my colleagues and I have been warning about regarding the threat of jihad, and the ways in which it threatens our liberties, is true. Islamic law, Sharia, with its death penalty for blasphemy, today constitutes a unique threat to the freedom of speech and liberty in general.
Freedom of speech is the foundation of a free society. Without it, a tyrant can wreak havoc unopposed, while his opponents are silenced….
To learn who rules over you, simply find out whom you cannot criticize. If the international media had run the Danish cartoons back in 2005, none of this could have happened. The jihadis wouldn’t have been able to kill everyone. But by self-censoring, the media gave the jihadis the power they have today.
We must take back our freedom.

Like Geller and others, I will continue to warn about the major menace that the political ideology of Islam really is. Where it is not succeeding by terror and bloodshed, it is winning by gullible and useless Westerners who are quite happy to act as its cheer squad. I for one will not allow this to continue without a fight.

But that will have to do for my daily news round-up. Stay tuned, of course, for more tomorrow.