Some people wrongly think of the Apostle Paul as a real hardnose – a rigid and feisty guy. They want to contrast him to Jesus: Paul was doctrinaire and unbending while Jesus was gracious and loving, they claim. But all this is simply a misrepresentation of who Paul really was.

And to make this a bit personal, some people might think I am a bit like this as well: hard, stern, all black and white, no-nonsense, etc. Well, yeah, maybe in part. But those who actually know me realise that there is a bit more to me than that. 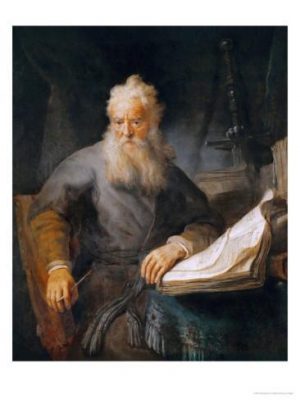 Indeed, I can relate to Paul on this to a fair degree. In one of his defences of his ministry he says this: “I do not want to seem to be trying to frighten you with my letters. For some say, ‘His letters are weighty and forceful, but in person he is unimpressive and his speaking amounts to nothing’” (2 Cor. 10:9-10).

I think that might not be a bad summary of me at times! Some folks think I might be some heavy duty sort of guy, but in person they may discover something a bit different. I say all this because I want to highlight some great truths in one of Paul’s great letters, 2 Corinthians.

I love this epistle because it really reveals to us the heart of Paul. In this moving epistle he lays bare his heart and soul to the Corinthians. It is the most personal and autobiographical of all Paul’s extant writings. We learn so much about Paul the person and Paul the pastor in this letter.

In it he spends a lot of time defending himself and his ministry. To be honest in earlier times that put me off a bit. But now it is probably my favourite book in all of the New Testament. One of the other reasons I like it so much is it says much on the topic of suffering. I have long said the Christian church is in desperate need of a theology of suffering. We have too long ignored and overlooked this key biblical theme.

I recall once speaking to a pastor, saying if he was interested, I had a sermon on the book of Job and some lessons on suffering. His response was simply to laugh, as if he had no idea why anyone would need to hear something like this! Um, earth calling pastor! As if suffering is not a universal concern.

But a major appeal of this book is the way we get to enter into the world of Paul and see his heart for the church. On a number of occasions he lists his hardships and boasts of his sufferings. And this is all for the sake of the gospel of course, and for the recipients of the gospel.

One amazing list of Paul’s sufferings and trials comes in 2 Cor. 11:16-29. It is quite a list: all the things he endured for the sake of the gospel and for the sake of groups of believers such as those in Corinth. After defending his apostleship he especially gets into a pretty harrowing list of sufferings in verses 24-27:

That is a very impressive list. But he is not finished yet. He tops it all off with something he considers to be even more weighty and burdensome. As he says in v. 28: “Besides everything else, I face daily the pressure of my concern for all the churches.”

This may have been the hardest thing to bear of all: his continuous concerns and cares for the believers: how they were doing, how they were growing, their trials, their discipleship, their faith. Many of these churches he of course had planted himself, and as a parent loves her children, Paul loved these people and cared for them deeply.

As Paul Barnett notes, “The location of this verse at the end of the list of privations suggests that his concern for the churches was the source of his deepest suffering.” His inner concerns for his beloved people at Corinth and elsewhere outweigh all his physical sufferings. David Garland says this about Paul:

He skips over all the other dangers and problems caused by preaching the gospel and his grinding poverty that he could also have mentioned. There is still more to tell, but Paul drops it to turn his attention to the psychological stress of worrying about the churches in his care. They place a daily pressure on him….
Paul could not help but worry that his charges would not stand firm, and their failure would kill him inside. He tells the Galatians, already bewitched by Judaizers, that he is “again in the pains of childbirth until Christ is formed in you, how I wish I could be with you now and change my tone, because I am perplexed about you!” (Gal 4:19-20)….
Paul does not exaggerate when he says that he prays constantly for his churches (Phil 1:3–4; Col 1:9; 1 Thess 1:2–3). Having founded a congregation, he did not forget it as he moved on to other territory but continued to feel responsibility for them. This sense of responsibility for the spiritual welfare of his churches stoked his anxiety for them.

This too is part of Paul’s apostolic suffering, since the pressure he feels is brought about by his identification with the weak and by his indignation over those who lead others into sin (v. 29). Normally such concern or anxiety is considered negative, since it expresses a lack of confidence in God’s care and a lack of satisfaction in God’s provision (cf. Matt 6:25-34; Mark 4:19; 1 Cor 7:32-34; Phil 4:6; 1 Pet 5:7). In these cases, however, the anxiety is directed toward oneself. Paul’s anxiety, in contrast, is not for himself, but for the welfare of others as an expression of his love (cf. 1 Cor 12:25; Phil 2:20). The Corinthians must have realized that in this context he was talking about them. The apostle is emphatic in stressing that his continual concern over the Corinthians, a recurrent theme throughout the letter, is more difficult than any of his physical sufferings (cf. 2 Cor 1:6; 2:4; 2:12-13; 4:12, 15; 7:3, 5; 11:2; 12:20-21; 13:9). Paul’s greatest boast is his constant worry over their welfare.
Paul’s main point is clear. Contrary to what his opponents maintain, of Paul is “weak” not because his own inadequacies, but because of his willingness to identify with those to whom he has been sent with the gospel (11:29).

His burden for those in his care provides a sterling example for all of us. Do we have the same concern for the spiritual welfare of others entrusted to our care, or for our circles of friends and colleagues? Are there people in our lives who we are discipling, teaching, mentoring or at least regularly praying for?

It is not just pastors and other leaders who should share the burden of caring for and tending the flock of God. We all have a vital role to play here. We have so much we can do for one another. Are we doing it? Or is our time filled with trivial pursuits, entertainment and diversions?

If you have not been through Paul’s second letter to the Corinthians of late, it may well be worthwhile reading it again, carefully and prayerfully. Let the heart of Paul become an example and encouragement to yourself.