This is what passes for Christianity today in far too much of the West. The Christian life is now all about feelings – about emoting. If something does not pass your emote-o-meter, you reject it. And if it passes, you embrace it. This is the tragedy of contemporary Christianity.

I encounter this all the time, and it grieves me greatly. Imagine how much more it grieves Almighty God. He designed us to walk in truth, to believe truth, to celebrate truth, to align ourselves with truth, and to speak truth. Yet most of us couldn’t give a rip about truth, and only worry about if we are “comfortable” with something. 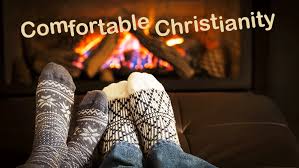 Since when are we to base our lives as believers on how we feel about something? Since when is something to be accepted or rejected based on how “comfortable” we are about it? This has absolutely nothing to do with biblical Christianity. It is always better to be hurt with the truth than to be comforted with a lie.

And we find examples of this all around us. For example, on many occasions Christians have spoken with me about the biblical doctrine of hell. They ask me what my feelings are about it. I first remind them that my feelings have absolutely nothing to do with the matter.

What does matter is what God has spoken about this issue. And given that he has spoken much about this throughout the Bible, we all better stand up and take notice. And even more importantly, given that Jesus spoke more about the realities and terrors of hell than anyone else in the entire Bible, then we really better take heed to this.

Here we have all these Christians who claim to be followers of Christ, yet on one of the themes he spoke about the most often, these Christians have decided that they will not agree with Jesus, simply because they are not comfortable with the teaching.

Their emote-o-meter is running off the charts, and therefore they have effectively decided to put their own feelings ahead of the clear teachings of Jesus. They sin doubly here: they trust in their own fallible feelings instead of the infallible Word of God, and they shake their fists at Jesus Christ, the one they claim to be a disciple of.

Yet they still somehow think they are great Christians! Go figure. I guess they are “comfortable” with that. It gives them a warm, spongy feeling inside, so it must be right. How can their feelings lead them astray? How can their emotions ever be wrong?

And it is not just clearly defined doctrinal issues they assess with their mere feelings. Matters of biblical morality are also decided in this fashion. What is right and wrong is determined entirely by how they feel about things at a given moment. The homosexual issue is a clear case in point.

Forget all the explicit teachings in Scripture about human sexuality in general, and the sin of homosexuality in particular. They have decided – based only on how they feel about all this – that sodomy is peachy, gender is fluid, marriage and family can be anything you want, and sexual sin really does not exist.

All that based simply on one’s emotions. I have chatted with so many of these people. They are “comfortable” with homosexuals and homosexuality. They have no problem with these things because of their lousy emote-o-meter. Instead of testing everything by the inerrant Word of God, they simply feel their way through life.

And these same folks have told me how “comfortable” they feel about having moved on from the faith of their fathers. They actually celebrate the fact that they no longer believe what their Christian parents believed. They have moved on. They are “progressive”. They are going with the times. In other words, they are running on emotions.

It is always easier to run with your deceptive and fleeting feelings than with the unchanging, solid rock of the Bible. These Christians have simply forgotten about – or more likely, completely ignored – warnings such as found in Jeremiah 17:9: “The heart is deceitful above all things and beyond cure. Who can understand it?”

The deceitful and misleading emotions have now become the defining means by which most believers today live their lives and establish their convictions. Truth means nothing to them, but feelings everything. They are so far bound by their fleshly emotions that they in fact end up suppressing the truth in unrighteousness as Paul warns about in Romans 1.

They become excellent evangelists – for secular humanism. Thus they have become enemies of the gospel. Instead of helping people and aiding them to be set free by the truth, they keep people imprisoned in their sin. But hey, at least they are “comfortable” with all that!

By running with emotions, they have rejected the living God as revealed in Scripture, and invented a god in their own likeness. This is a god who accepts everyone, loves everything, hates nothing, and is stirred by nothing. This is the polar opposite of the God we read about everywhere in Scripture. As I just read the other day in Psalm 5:4-6:

For you are not a God who is pleased with wickedness;
with you, evil people are not welcome.
The arrogant cannot stand
in your presence.
You hate all who do wrong;
you destroy those who tell lies.
The bloodthirsty and deceitful
you, Lord, detest.

This God – the one true God – would not make these progressive Christians feel very “comfortable”. Indeed, such a description of God would trouble them greatly. Their emote-o-meter would crash and burn over such truths. They would reject such a God immediately because he does not line up with their worldly feelings.

So truth is spat upon. This means that the God of truth is spat upon as well. Emotions trump everything. ‘Sorry God, but you need to get with the times. Don’t you know that God is only about love? A love that accepts everything and everyone and never is disturbed about anything?’

That of course is not real love. Nor is it real Christianity. One’s comfort levels have nothing to do with real Christianity. As Doug Groothuis once said: “Since the truth may not be what we would prefer. It is revealing that so many people today express approval by saying, ‘I’m comfortable with that,’ and disapproval by saying, ‘I’m not comfortable with that.’ Comfort is important when it comes to furniture and headphones, but it is irrelevant when it comes to truth.”

Comfortable Christianity is really a contradiction in terms. There is nothing comfortable about carrying your cross, denying yourself, crucifying the flesh, and running against the ways of the world. The truth of the gospel is always uncomfortable. The sooner we learn that lesson, the better.

As C.S. Lewis rightly said: “If you look for truth, you may find comfort in the end; if you look for comfort you will not get either comfort or truth only soft soap and wishful thinking to begin, and in the end, despair.”

Or as he said elsewhere: “I haven’t always been a Christian. I didn’t go to religion to make me happy. I always knew a bottle of Port would do that. If you want a religion to make you feel really comfortable, I certainly don’t recommend Christianity.”

4 Replies to “Christianity is Not about Feeling Comfortable”