With marriage so heavily under attack today, it is worth once again reminding ourselves just what marriage is, what its purpose is, and why it is important. It is also vital to get some clear thinking on what homosexual marriage entails. I have already written many articles and books on all this, but in an age of unreason and mass confusion, restating basic truths becomes a duty.

Here then in outline form (see the documentation for all this in my books) are some basic truths about marriage and family which we must always keep at the forefront of the debates raging all around us today.

Marriage (the union of a man and a woman) has been around throughout human history and throughout all human cultures. While various variations on the theme can be found, marriage has always been primarily about male-female pair bonding, recognised socially and legally because of any children which may proceed from such a union. 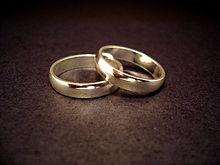 The state did not invent marriage. It simply recognised an already existing vitally important institution. Thus the state can no more redefine the essential nature of marriage than it can the law of gravity. The laws of nature which explain the complementary union of a man and a woman to become a husband and wife are inviolate.

A husband and wife are always potentially mothers and fathers, because of the male-female union. Marriage at its heart involves the conjugal act, where coitus marks genuine marriage apart from non-marriage, as our laws have recognised. Homosexual unions of course by their very nature do not and cannot entail the conjugal act.

It is exactly because human sexuality is fundamentally connected with the possibility of procreation that societies, and the state, have taken such an eager interest in marriage. All societies are built on the next generation, and no institution exists which does a better job of raising and rearing the next generation than heterosexual marriage.

That some heterosexual married couples cannot have children, or do not want children, does nothing to change the primary purpose and function of marriage. An unread book is still a book, regardless if its primary purpose is not being actualised. So too, marriage remains what it is, despite the exception of infertile couples.

Marriage has always existed to unite a man and a woman as a husband and a wife, and equip them to be a mother and a father if any children arise from their union. If children had nothing to do with marriage then the state would have nothing to do with marriage. But the state has a pressing interest in how the next generation is treated, since society itself is dependent on this.

Close friendships are also another important type of relationship, but governments have no interest in legislating on their behalf, or extending to them special entitlements reserved for married couples. Societies extend benefits to heterosexual married couples because of all the great benefits such couples give to society.

Marriage carries with it the expectation of permanence and exclusivity. It is meant to last, and it is meant to exclude all others. That is again a safeguard for any children which come about from that union. The first major redefinition of marriage in the West occurred when no-fault divorce laws replaced fault-based legislation. These laws struck deeply at the heart of the permanent and exclusive nature of marriage.

The social science research is abundantly clear that children do best, on average and for the most part, when raised in an intact, two-parent heterosexual married family. Social pathologies such as increased risk of drug abuse, poor educational performance, suicide, and criminal activity all go up, as the research makes plain, when children are raised in other family structures.

As with any rule, there are exceptions to this, but generally speaking, children fare best by all social indicators when raised in the traditional two-parent family. Because children do thrive in this family structure, governments have – or should have – an interest in promoting that sort of family structure, while discouraging other types which are less conducive to child wellbeing.

Social science has demonstrated overwhelmingly that mothers and fathers matter, and that they differ greatly in parenting styles. Men are different than women, and mothers do not make good fathers, nor do fathers make good mothers. Children have a fundamental right to have both.

By seeking to include other types of relationships into the institution of marriage, we of course redefine it and of necessity destroy it. To include two men or two women violates the basic requirement of marriage. There are four such requirements:
-only two people
-one from each gender
-of proper age
-not a close blood relative

Meet those four basic criteria, and anyone can marry. Thus everyone is now fully equal in terms of what marriage is. And also, those who fail to meet those criteria are equally discriminated against. I cannot marry, for the simple reason that I am already married. My dog cannot marry. A seven-year-old cannot marry. Three women cannot marry.

So full marriage equality already exists. It excludes no one, if they are willing to abide by its basic requirements. To change those requirements is to change the very nature of marriage, rendering it null and void. Similarly, to radically change the basic rules of chess would be to redefine it and render it no longer chess.

The very same arguments used by the homosexual activists for homosexual marriage (what adults do in private is no one else’s business; it is consensual; it will harm no one else; it is about love; it is about equality; etc.) can and have been all used in the very same way by other groups seeking to redefine marriage out of existence, including the polyamorists (group marriage advocates), the “intergenerational sex” advocates (paedophiles) and so on. They are quite right in making this logical extension of the homosexual arguments.

Whenever governments grant special rights to homosexuals, including marriage and adoption rights, it of necessity must demand that everyone else respect, endorse, support and cater to those rights. Thus we all are impacted by such laws. All recalcitrants will be dealt with by the heavy hand of the law.

There are already many, many hundreds of cases of those who did not go along with the homosexual agenda, or simply stated that marriage involves a man and a woman, being fired from their jobs, fined, or even jailed. Homosexual marriage changes everything, and everyone is adversely impacted.

Homosexual activists once demanded that the state get out of their bedrooms. They wanted no government intrusion in their lifestyles. By demanding and getting homosexual marriage, they are doing the exact opposite: bringing the state directly in the bedroom. Now the intrusive and expanding state grows in power as it gets involved in the intimate details of our lives.

As many homosexuals admit, their understanding of marriage is often radically different from the traditional understanding. Many speak of the need for extra-marital outlets, non-monogamish arrangements, and so on. Some have even admitted that their push for homosexual marriage is really about destroying marriage as we know it.

Studies have made it quite clear that while promiscuity and unfaithfulness of course occurs in heterosexual unions and marriages, they are far greater and more frequent in homosexual ones. Entire books written by homosexuals themselves have documented these facts, and this inherently unstable and open-ended type of relationship is not exactly the stuff of marriage material. Again exceptions exist, but exceptions do not make the rule.

Homosexuals make up around two per cent of society, and many of them have no interest whatsoever in marriage. Thus a tiny minority is using their clout and inordinate power to destroy the most basic and fundamental of human institutions, simply to remake it in their own image. And where homosexual marriage has been enacted, there has not exactly been a stampede to get to the altar. And homosexual divorce also very quickly follows.

The recent Supreme Court decision about marriage was an exercise in raw judicial power, finding a “right” that nowhere exists in the US Constitution. Five unelected and unrepresentative judges have declared war on the very meaning and nature of marriage, and have told 320 million Americans that they must all fall in line, or suffer the consequences.

When you mess with marriage, everything changes – and suffers. Marriage is the greatest institution in existence to help in the safe rearing of children. Healthy children make for a healthy society. What we do to family we end up doing to society. When we destroy marriage, we destroy society.

The most important reason to retain the universal and historic understanding of marriage is the wellbeing of children. Our children have a right to be born into a home where their biological mother and father exist. While this is not always possible in all circumstances – and contingencies exist for this – to deliberately bring a child into the world knowing he or she will not have two biological parents is in fact a form of child neglect, if not child abuse.

Reminder: All of these points are fully documented in my various books, so for those seeking to get all the references, statistics and evidence, I advise getting those volumes.