There are various forms of relativism, such as the belief that all truth is relative. Here I want to address more specifically the notion of moral relativism. This is the belief that morality is dependent upon one’s opinion, taste, preference or point of view.

It posits that there are no binding, objective, universal rights and wrongs. Instead, morality is relative to a culture, or an individual, or a period of time, and so on. Folks might think this is a neat, liberating and attractive way to approach morality, but it is nothing of the sort. All that it does is leave us totally unable to stand against real evil. 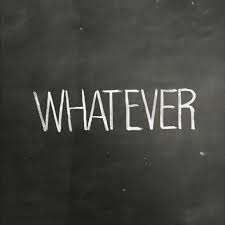 Indeed, it does not even allow us to identify real evil. When everything is relative, all we are left with is the old cliché: “Who am I to judge?” Black and white in morality is replaced with 99 shades of grey, and the ability to make careful moral assessments goes out the window.

There are plenty of other problems with moral relativism, including the obvious fact that it is self-refuting. If there are no moral absolutes, then we can’t even say it is wrong to have a moral absolute. To make a pronouncement in favour of it – “It is right to affirm moral relativism” – is to deny your own premise.

As Peter Williams put it: “It is self-contradictory to argue for moral subjectivism. If there are no objective moral values then it can’t be objectively true that I morally ought to consider the relativist’s arguments, or that I ought to consider them fairly, or that I ought to value truth over falsehood such that I should accept the subjectivist’s conclusion if I find their arguments persuasive.”

But as mentioned, the worse part of this bogus belief is the fact that we must dispense with justice altogether. All courts of law must go, since they affirm absolute morality in all sorts of places. For example, a red light will always be a red light, and no judge worth his salt will let a red light-runner off the hook because he is a moral relativist.

As Francis Beckwith and Gregory Koukl say in their book Relativism: “If relativism is true, then there is no such thing as justice or fairness. Both concepts depend on an objective standard of what is right. If the notions of justice and fairness make sense, however, then relativism is defeated.”

When we deny objective universal morality, then all we are left with is personal taste and preference. This works fine for ordering a coffee. If you prefer a cappuccino while I would rather a latte, none of us are right or wrong. It is simply a matter of taste.

But personal preference just does not cut it in the real world of right and wrong. Either Hitler and the Nazis were wrong to exterminate Jews and seek to enslave the world or they were not. It does no good to speak of this in terms of one’s tastes.

And moral relativists always end up sneaking absolutes into their worldview anyway. For example, while these folks will go on and on about how there is no right or wrong, they will nonetheless insist on their pet absolute. How many times have you heard people say that ‘the main thing is that we all be happy’ for example? They think that as long as everyone is happy, then everything will be just peachy.

Or they claim that we must all be “tolerant”. So they have taken tolerance out of the realm of mere preference and elevated it into a universal which all should agree to. And this is not just a hypothetical – I get folks like this all the time trying to make such a case.

Indeed, just recently I got into a little debate with a gal which so very nicely demonstrates moral relativism in action, and why it is such a damnable position to hold onto. She was fully committed to the absolute of happiness, all the while insisting that there are no absolutes.

The debate was over the issue of homosexuality on another person’s site. She was quite indignant that anyone would badmouth homosexuality. I stepped in and tried to bring a little sense into the discussion. Our little chat went like this:

Her: if that is what makes them happy, yes Rosie, of course. but you are saying being gay is a sickness. And i cannot agree…

Me: The Nazis were happy to kill Jews. What does mere happiness have to do with anything? With what is right and wrong? And putting one’s life-giving organ into another’s poop chute sounds a bit sick to me.

Her: you sound scared bill muehlenberg.. and a bit sad maybe. i believe it is everyones duty to be happy, cos if youre happy everyone around you will be… it is the way of the universe… everything has a reaction to an action..

Me: Scared of what? And you did not answer my point. If the Nazis were happy to kill Jews, does that make it right because of mere happiness? Yes or no?

Her: i did answer your question

Me: So you think the Nazis were right to do what they did, because it made them happy?

Me: So you think arsonists are right to burn down houses, because it makes them feel happy?

Me: So you think pedophiles are right to abuse children, because it makes them feel happy?

Me: A simple yes or no will do

Her: i dont believe anybody that hurts anybody in such a cruel way is a truly happy person . i have taught my kids that there is no such thing as a bad person, but a sad person..

Me: Thanks – still refusing to answer the question I see. And as is so very typical of your side, simply attack the person instead with ad hominems. Love how you guys “argue”!

Her: attackk ! and what us a hominem??

Me: And no such thing as a bad person? Oh really. So Hitler was a good guy? No wonder you refuse to answer a direct question. Wow, gotta love your moral values.

Her: whatever!! wont b seeing ya thank the gods!

That was the end of that. Many things came through in this mini-debate. One thing is the number of logical fallacies she managed to pull off in such a short space. Attacking the person was certainly employed. As was the fallacy of seeking to psychoanalyse me instead of dealing with the arguments.

Someone told me she was heavily into the New Age Movement mumbo jumbo. Well that much is clear. The NAM is riddled with moral and epistemological relativism. It wants to tell us we are all gods anyway, so I guess we can all just make up our own morality as we go along.

And notice how she kept avoiding my questions and refusing to answer them. Well, how could she answer them? It would have been just too embarrassing to come out and flatly state that we cannot say Hitler was right or wrong, so she just sidestepped the question.

That is why relativism reeks. Any ethical system which makes it painful for a person to actually come out and say that Hitler was a moral monster is a faulty and dangerous system. Yet we have millions of people sucked into all this, even plenty of gullible and naïve Christians.

In fact, this unworkable and unethical system of moral relativism lies at the heart of so many of our woes today. The whole “tolerance” industry and the “you should not judge” baloney comes directly out of this bad philosophy. If there are no moral absolutes, then yes, we must all just sit down and shut up.

Who are we to judge, if our moral assessments are nothing more than personal preferences? Then of course all we are left with is amoral tolerance in which we have to put up with anything and everything – even Hitler and the Nazis. This is the bitter fruit of moral relativism.

Michael Novak was quite right to sum it up in these terms: “Vulgar relativism is an invisible gas, odorless, deadly, that is now polluting every free society on earth. It is a gas that attacks the central nervous system of moral striving. The most perilous threat to the free society today is, therefore, neither political nor economic. It is the poisonous, corrupting culture of relativism.”