I am an outcast. I am an untouchable. I am a leper. I am the scum of the earth. Why, what did I do? Sexually abuse a child? Torture kittens for the fun of it? Murder my own family? No, something far, far worse. You see, I actually believe that marriage is between a man and a woman.

And even worse, I actually believe every child has a right – as much as possible – to be raised by his or her own biological mother and father. Yes I know: to have such outlandish and radical beliefs makes me pure evil, and I should be driven from polite society. 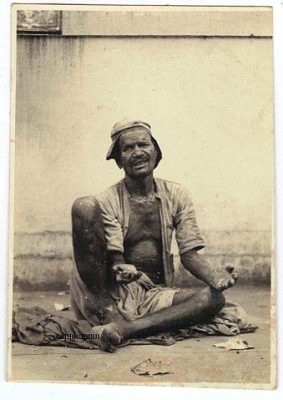 OK, so banish me now. Exile me. Or jail me. Or even put me to death for my dastardly beliefs. But no matter how demonised and abused by the homosexual statists, I will never refrain from speaking up for truth – and for marriage and children.

I have long noted how incredibly bizarre all this is, with persecution arising for simply affirming marriage and the wellbeing of children. Who would have thought the new clampdown on freedom and democracy would come from those rainbow warriors who have declared war on marriage and family.

As I just mentioned to an interviewer today, the idea that we now have to actually defend marriage and family is as bizarre as defending eating or breathing. But we live in utterly bizarre times, where the activist minority groups are hell-bent on destroying marriage, and they are finding plenty of support from all the major power-brokers.

To be labelled a bigot and a hater because one simply affirms what all of human history has affirmed – that marriage is about a man and a woman – is just so mind-boggling. No one would even have dreamt of such a scenario a few short decades ago.

And don’t dismiss all this as the ravings of some religious right person. There are many decidedly non-religious right types who are also shocked and amazed at this recent turn of events, and the new Big Brother fascism spreading throughout the West.

Consider one atheist and small ‘l’ liberal who is shocked and appalled at this new homo-tyranny. In a great article in today’s Australian, Brendan O’Neil certainly nails the new moral leprosy found in the West today. And the uber-irony as well.

His piece, “The new dark ages, where the perfectly normal are branded bigots,” is must reading. He begins:

Something terrifying has happened during the past five years: a belief that was held by virtually all human beings for centuries has been rebranded as bigotry, something that may no longer be expressed in polite society.
That belief is that marriage is something that occurs between a man and a woman, or between a man and many women: the idea that marriage is a union of opposite sexes.
This was once seen as a perfectly normal point of view. Now, in the historical blink of an eye, it has been denormalised, and with such ferocity and speed that anyone still brave enough to express it runs the risk of being ejected from public life.
Consider the ABC’s Q&A this week, and the furious response to it. The show was unusual from the get-go because it featured not one but two gay-marriage sceptics: Katy Faust, an American Christian, and me, a godless Brit.
I made the argument that gay marriage now seemed to play the same role God played 200 years ago: anyone who didn’t believe in it hadn’t a hope in hell of getting ahead in public life.
There was a chokingly conformist climate, I said, with critics of gay marriage facing demonisation, harassment and, in some cases, expulsion from decent society. Consider Brendan Eich being sacked as chief executive of Mozilla for his belief in traditional marriage. Or all those Christian cake shops beleaguered by gay-rights activists demanding that they make gay cakes. Twenty-first century religious persecution.
The response to my comments, on Twitter and in parts of the media, proved my point. It can be summed up as: “How dare you say that the gay-marriage campaign is intolerant, you bigoted arsehole?! Get out of Oz!” “Irony” doesn’t even begin to cover this.
Labor Senator Sam Dastyari, also on the Q&A panel, accused Faust of being “hateful” and talking “Christian evangelical claptrap”. Yet all she said was that marriage should be between a man and a woman and children had a right to know both their father and their mother.
The demonisation of Faust shows how thoroughly the Christian viewpoint has been turned into a kind of hate speech. Something that was a standard outlook a few years ago is now treated as a pathology.

He closes with these words:

Are Faust’s views really so controversial? Most people would back the idea that kids should ideally know their biological mum and dad. Indeed, adopted children often seek out their biological parents, believing it will help them make sense of who they are. Maybe they’re bigots, too?
The response to Q&A shows that gay marriage is not a liberal issue. Rather, what we have here is the further colonisation of public life by an elite strata of society — the chattering class — and the vigorous expulsion of all those who do not genuflect to their orthodoxies. Whether you’re a climate-change denier, a multiculturalism sceptic or, the lowest of the low, someone who believes in traditional marriage, you’re clearly mad and must be cast out.
The social impact of this illiberal liberalism will be dire.
A whole swath of society — the old, the religious, the traditionalist — will feel like moral lepers in their own country, silencing themselves lest they, too, be branded scum.

Exactly right. To simply affirm what 99.9% of humans have affirmed throughout 99.9% of history is now viewed as being worse than a Nazi or a child molester. When someone gets pilloried and demonised for simply saying children have a right to their own mum and dad, you know that the Big Brother state of dystopian novels is quickly becoming reality.

With people now losing their jobs, being fined, and even going to jail over this, you know we have reached the endgame warned about in these prophetic novels. Indeed, why am I reminded of the words of George Orwell from his prescient 1984?

And the destruction of marriage is one of their primary objectives along the way. In a new article Matt Barber makes this quite clear:

Here’s the bottom line: Homosexual activists don’t want the white picket fence; they want to burn down the white picket fence. The endgame is not to achieve so-called “marriage equality” but, rather, to render marriage reality meaningless.
Masha Gessen, a lesbian journalist, activist and author, expressly admitted this fact in a 2012 interview with “ABC Radio”: “It’s a no-brainer that [homosexuals] should have the right to marry,” she said. “But I also think equally that it’s a no-brainer that the institution of marriage should not exist. … [F]ighting for gay marriage generally involves lying about what we are going to do with marriage when we get there—because we lie that the institution of marriage is not going to change, and that is a lie.”
Homosexual activist and pornographer Clinton Fein echoes Gessen’s candid sentiments: “Demand the institution [of marriage] and then wreck it,” he once wrote. “James Dobson was right about our evil intentions,” he quipped. “We just plan to be quicker than he thought.”
The goal is to water down marriage until marriage is pointless. And as evidenced by the burgeoning legal push for polygamous and incestuous “marriages” – even for the “right” to “marry” a robot – sexual anarchists are well on their way to achieving this goal.

When the homosexual militants tell us loud and clear what their aims are, we had better stand up and take notice. We are in a war. We have moved from a time when marriage and family were universally held social goods to being a mere social construct which can be redefined and destroyed at will.

And those who support marriage and family – the 99.9% – are now the new outcasts. We are also the true revolutionaries today. We are the only true radicals. We are fighting against the rising tide of pink oppression and servitude.

We are now the ones who are fighting what Orwell described (slightly paraphrased): “If you want a picture of the future, imagine a rainbow boot stamping on a human face – for ever.”

16 Replies to “The New Outcasts”