Biblical truth is vitally important and needs to be restated, reaffirmed and re-defended on a regular basis. This is partly so because biblical truth is so very often twisted, perverted and abused. Thus we find the New Testament writers constantly insisting on the vital importance of sound doctrine and solid biblical teaching.

They were fully aware of how much false teaching and how many false teachers were wreaking havoc amongst the churches. So they were constantly engaged in teaching the flock, reteaching, and teaching again. One can never spend too much time on teaching biblical truth.

Yet today most churches actually play down or minimise sound teaching. They think doctrine is a secondary matter at best, and so they spend most of their time on offering “how-to” sermons: how to live your best life now, how to feel good about yourself, how to lose weight for Jesus – all the things the early church never focused on at all. 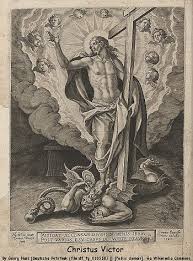 And if there is teaching, often it is woefully bad teaching – teaching which is substandard and sub-biblical. And I am speaking about pastors and Christian leaders here who should know better. They of all people should have the basics of biblical Christianity down pat, but too often they cannot even get that right.

Examples of this are to be found everywhere. Let me offer just one. Sadly one well-known Christian leader posted something recently which I was staggered to read. I had to read it three times to finally be convinced that he really was saying something this theologically and biblically confused. He posted this:

For those prophets stating that God is about to pour out his judgement on the world, you are taking away from Jesus sacrifice on the cross….. All Gods wrath and anger was poured out on him. we live under the dispensation of Grace, not judgment and it is an affront to our Lord to state otherwise. Even under the Old Testament Abraham talked God down from his wrath on Sodom, if there were but 10 righteous in the land……today we only need one – Jesus is our righteousness, He is our Lord who paid the price and redeemed us from the curse.

Wow, there is so much silliness, confusion and muddled theological thinking here that I don’t even know where to begin. But I must begin somewhere, so let me state that he seems to have no or little clue as to what the biblical story line is all about.

He offers us the incredibly unbiblical notion that somehow we are now living in a time of grace (whatever that means) and before this it was all judgment. Um, how can he say this if he has read the Bible through cover to cover? How can any leader make such a patently false and mischievous statement?

But there is another fully biblical truth which we must never lose sight of: God always has been and always will be a God of justice, righteousness and holiness. Because of that, he must always act against that which defies his character and who he is.

Thus God judges sin, unrighteousness and evil all the time. He did so in the Old Testament and he does so in the New Testament. That divine judgment has not stopped after Calvary is plain to see if we simply read the book of Acts and the epistles.

Think of Ananias and Sapphira being struck dead; of Herod being struck down; of Elymas being struck blind; of Hymenaeus and Alexander being handed over to Satan; and so on. Judgment happens throughout the NT, and we see this in full flight in the book of Revelation.

This book is given over to judgment – and Jesus Christ is the righteous judge who does all the judging. Unfortunately it seems our leader cited above is not clear on these basics of Christianity. Yes Jesus judged our sin at the cross, and all those who avail themselves of that substitutionary atonement through faith and repentance are spared final judgment.

But even the believer is still judged in terms of chastisement, in terms of discipline, and in terms of a future judgment of his works. But individuals and nations that continue to shake their fists at God are of course still under his wrath.

They face the just wrath and judgment of God continuously. If they do not turn in repentance, they will face the music fully when Christ returns. And reprobate and godless nations, which were routinely judged by Yahweh in the OT, are still in the same position today.

While we may not have the same sure word of the prophets as to how and when this is happening as we did in the OT, there is no reason to believe that God no longer cares about and deals with the nations today. Indeed, that message comes through loud and clear in Revelation.

The simple truth is, God does not change, he has not changed, and he will not change. He is forever a God of wonderful grace. But he is also forever a just, pure and holy God who cannot countenance sin in any way. Yes, Calvary was the provision for this for individuals if they accept it and submit to it.

But that does not for a moment mean that he ceases to be holy or angry with sin. His just wrath will always burn against sin, because he always will be utterly holy and righteous. God today offers the same thing he has always offered to fallen man: grace and judgment.

Indeed, it can rightly be argued that even in his acts of judgment he is being merciful. They actually belong together. It is not a case of choosing which one we might prefer. They are both part of who God is, and we must embrace him fully with all his attributes working as one.

That we can all escape the final act of wrath and judgment if we come to Christ on the basis of what he did for us 2000 years ago is a glorious truth and one we must always proclaim and celebrate. But we must also proclaim and celebrate the fact that God is holy and just, and he will always judge sin. He has to, or he would not be God.

Hundreds of passages can be appealed to here, and in other articles I discuss many of them. Here let me remind you that what we find in Romans 1:18-32 is one of the most important and most powerful passages on these matters – and it was written after Calvary I might add.

Whole libraries are filled with commentary on this significant section of Paul’s epistle. Let me appeal to just one which so well explains what this is all about. R. C. Sproul in his discussion of this portion of Romans says this:

Given that the sin homosexuality is singled out by Paul in this section of Scripture as the predominant example of why sinful man deserves the wrath of God, it seems we can say with full assurance that the West is long overdue for God’s righteous judgment. Despite what the leader I quoted may think, we are exactly at the place that Paul speaks about here.

If God judges Washington or San Francisco or Los Angeles or Canberra or Sydney today for this and other grievous sins, he would be entirely justified in doing so. The fact that individuals can now find the forgiveness of God based on what Jesus did at the cross does not in the least take away from the truths enunciated here in Romans, or in Revelation, or in the entire NT.

Because I think Sproul is so utterly spot on here, let me quote him again in closing, this time from his book The Holiness of God:

17 Replies to “On Divine Grace and Judgment”