The lengths to which some people will go to destroy Scripture to justify the homosexual lifestyle can be quite extraordinary. I have heard just about every distortion, lie and perversion of the biblical data there is on this issue. The theological revisionists are up to their ears in rewriting the Bible to support their ungodly agenda.

But sadly those who claim to be onside here can be just as unhelpful. The amount of fuzzy thinking found in both the pulpits and pews of so-called evangelical churches can be quite astounding. Church leaders and ordinary believers are increasingly just buying into the homosexual agenda, while ignoring or denying the clear teachings of Scripture.

I encounter this all the time. Just how can they manage to get things so wrong when it comes to one of the great moral issues of the day? Let me offer a few examples of some really shoddy thinking by those who should know better. Consider for example a response to a poster on a social media page that a believer had put up. I thought it was a perfectly sound poster, biblically speaking:

Nothing wrong with that of course. Yet some Christian wrote in, seemingly utterly clueless as to basic biblical teaching on such matters. He said this (replete with typos and bad grammar):

Are there no christians that commit adultery, lie, steal, have angry thoughts , are to busy too help their neighbor or what about helping out at the church or what about those who show favour to their friends, family, race or faith ? Matt. 5 Jesus fills up the law James 2:8-11 favortism. Are you so ignorant that you don’t know it is God’s goodness that turns mens heart to Him in repentance (change) Romans 2:1-8, Love your neighbors as yourselves, as for me I still have a few times I must go to the throne of grace to find mercy and help in my time of need Heb.4:6. Agape

Um, talk about some real confusion and lack of clarity. I replied as follows:

You of course totally miss the point. This is about ongoing, unrepented-of sin. If someone lies, but knows it is wrong, confesses it and repents of it and seeks to stop doing it, that is altogether different than thinking it is fine, doing it without compunction, and self-identifying as a lying Christian. That is exactly the point of this poster. Plenty of folks are claiming it is just fine to be an ongoing, affirming homosexual Christian. That is the same as claiming to be an ongoing, affirming adulterous Christian. All these are a contradiction in terms, and all of them will send you to a lost eternity as Paul makes crystal clear in 1 Corinthians 6:9-11. This is basic Christianity 101. Why is it so hard to grasp?

My second example is equally worrying. It is a claim made by an evangelical pastor about a “homosexual Christian” that his homosexual desires are just his “thorn in the flesh” to bear! I must confess that I am not aware of anyone in 2000 years of biblical theology and hermeneutics daring to claim that homosexuality could somehow be identified with the thorn Paul speaks about.

The phrase of course comes from 2 Corinthians 12:1-10 where Paul discusses a thorn in the flesh sent by Satan (while allowed by God) that he prayed to have removed, but to no avail. While we do not know for sure just what this thorn was (persecution, a bodily ailment) it is never something inherently sinful that Paul would dared to have just hung on to. 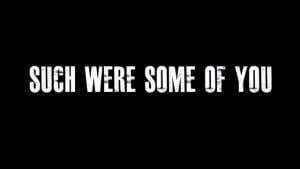 In claiming that homosexual desires are just a thorn that this “homosexual Christian” should put up with, the pastor might as well have said that having lustful thoughts about those of the opposite sex, or sexual attractions to children, etc., are just something we must put up with, and perhaps even embrace (‘it is just who you are’).

Um no. We are to always resist such sinful lusts and desires, and not glibly claim they are my thorn to carry, that they are part of my identity. Scripture makes it clear that both inward desires and outward acts can be sinful, and thus to be resisted. Jesus said looking lustfully at a woman is as bad as adultery (Matthew 5:27-30). And Paul’s condemnation of homosexuality in Romans 1 includes not just their acts but “the sinful desires of their hearts to sexual impurity” (v. 24).

Sadly, just as atheists and homosexuals refuse to listen to anything an ex-homosexual has to say, it is getting to be that way more and more in our churches as well. So many refuse to allow former homosexuals to be heard, yet give “homosexual Christians” plenty of opportunities to push their line. This is deplorable.

I would rather listen to ex-homosexuals who have found freedom and deliverance in Christ than “homosexual Christians” who simply make lousy excuses for their sin, even with the help of church leaders. Either Jesus is in the business of transforming lives, or he is a liar. I know which option I will run with here.

Sure, every Christian struggles with various sins and temptations, as mentioned above. But the increasing tendency of churches and church leaders to deny that Christ can radically heal and restore homosexuals is helping the other side, not our side.

One Australian ex-homosexual put it this way:

In the last few years there has been an increase in the number of Christians with ‘unwanted’ homosexual desires who are saying that they can be Christian and remain ‘celibate’ (non-practising) homosexuals on the other. They tend to deny the healing of such desires (contrary to Colossians 3:5-6 and 1 Peter 2:11) and aim to fuse a homosexual identity in with their redeemed identity…. To my mind, it sells short the gospel and leaves those thinking like this in confusion and sin (and, therefore, under God’s righteous judgement). Just as Jesus said one cannot love both God and money, so it is in this case (see Luke 16:19-31).

A recent position statement by the Restored Hope Network in America, drafted with the expertise of Dr Robert Gagnon, is well worth reading. They too refuse to go along with the “homosexual Christian” position. The document begins:

Restored Hope Network (RHN) respectfully disagrees with anyone who continues to identify as both ‘homosexual’ and Christian. Identification with Christ can and must displace an identity based on disordered desires. The New Testament repeatedly calls believers to repent of old identifications and to cleave to the new, true source of one’s identity—Christ Jesus Himself (Rom. 6: 11, 12; 8:6-14; Gal. 2:20). Paul in particular reminds ‘homosexuals’ to forego their ‘gay’ selves when he declares to believers: ‘such were some of you’ in light of having been ‘washed, sanctified, and justified in the name of the Lord Jesus Christ and in the Spirit of our God’ (1 Cor 6:9-11). Yet many Christians today claim to be faithful to both God and their ‘homosexual natures.’ ‘Gay’ Christians tend to fall into two categories: first are persons who are open to homosexual erotic unions, behaviors clearly prohibited by scripture (see RHN doctrinal statement). The second group is comprised of ‘gay’ persons who claim to be celibate. These celibates appear to be faithful to scripture and church tradition but actually foster the ‘gay’ self by encouraging same-sex attracted persons to ‘come out’ to their faith communities and to form ‘spiritual friendships’ with others, even covenanting in exclusive homo-emotional unions.
RHN advocates for healthy same-sex friendship as a key to transformation. However, RHN believes that claiming to repent of sinful behavior while cultivating homosexual selves and desires in exclusive homo-emotional ‘spiritual friendships’ is unscriptural and unwise. Such an approach reinforces a ‘gay’ identity and orientation, which undercut God’s purposes for our sexuality. Identification with Christ cannot be separated from these purposes. Jesus’ command to love our neighbors applies to our self-definitions and relational choices. That requires a realignment of our fallen natures to Christlikeness.

The document ends as follows:

The world and worldly Christians now view same-sex attraction as synonymous with a ‘homosexual’ orientation, which can be defined as an intrinsic, immutable part of one’s humanity that must be recognized, protected, and even celebrated. RHN disagrees. We contend that this concept of sexual orientation is a false cultural construct that is at odds with biblical truth. Sexual desire is something that we feel; it does not define who we are. God made humanity for more and can redeem us accordingly. Jesus calls the faithful to forego worldly thinking on the topic in order to realize ‘the more’ that God intends for humanity.
In light of the new creation, Paul implores Christians ‘to see no-one from a worldly point of view’ (2 Cor. 5:16). RHN refuses the worldly perspective of ‘gay’ Christians due to the new creatures we have become in Him. ‘God made Him who knew no sin to be sin for us, so that in Him we might become the righteousness of God’ (2 Cor. 5: 14-21). We encourage all who turn to Jesus to identify with Him and so become righteous in the whole of their humanity.

These words seem far more faithful to the biblical text than those by the ones who prefer to compromise and capitulate, running with the world’s agenda rather than God’s. I salute RHN and other groups like them for standing solidly on biblical truth, and offering homosexuals genuine hope and a real chance to change.

That is far superior to leaving people wallowing in their sinful desires, a false identity, and a defeated life.