Kids are dying. Not always physically but just as often and just as importantly, emotionally, psychologically, spiritually and mentally. Adults inflict so much suffering on children in various ways, but one of the most damning means is by the deliberate creation of motherless and fatherless families.

In the past when a mum or a dad died or disappeared, it was viewed as a great tragedy. We all knew this was especially hard on any children in such a household, and if both parents departed, adoption was implemented to find the orphaned children something as close as possible to their original parents.

In both adoption and fostering, up until recently only married couples were considered as suitable replacement parents. But in our brave new world of designer families and reckless social experimentation, we no longer care at all about the wellbeing of children, and instead simply pander to the lusts and cravings of selfish adults.

Thus now singles are demanding – and getting – the right to have children, as are homosexuals. In both cases, the selfish whims of adults trump the rights of the child to be raised by their own mother and father whenever possible. So now we have taken a former social tragedy (children in motherless and fatherless homes) and turned it into a right for adults.

We now demand that any adult in any situation for any reason be allowed to manufacture a family. With the new sexual hedonism coupled with the new reproductive technologies, we now can produce on demand children for self-centred adults, and deprive them of the most important thing in their lives; their own biological mother and father.

This is nothing more than child neglect, if not child abuse. And all over the West we have made this not only possible but obligatory: children are now just pawns in adult games, and the wants of adults mean everything today while the rights of the child mean nothing. 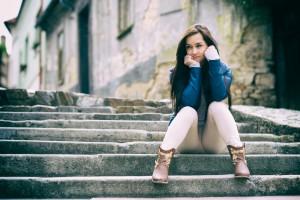 But since the activists, the mindless media, and our clueless leaders will not listen to what I have to say about this, they should at least listen to those children who have been there and done that. Let the children be heard. We now have numerous adults who were raised as children in motherless and fatherless households. Their stories must be told.

Let me offer one such very moving story – that of Brandi Walton, who grew up in Oklahoma as the only child in a lesbian household. As an adult, she now feels compelled to offer her side of the story, and it is a powerful story indeed. She begins:

I am not your daughter. I never carried a flag in one of your gay pride parades. I have never written a letter on your behalf to a congressman or anyone else, and I have never felt the need to make people accept the fact I am the daughter of a lesbian. Perhaps it’s because she never felt the need to force people to accept her for being one.
No, I would never align myself to a community as intolerant and self-absorbed as the LGBT community, a community that demands tolerance with fervor and passion, yet does not give it in return, even to its own members at times. In fact, this community attacks anyone who does not agree with them, no matter how lovingly any difference of opinion is expressed.
I myself am a product of the Lesbian Revolution of the 1980s. My mother always knew she liked girls, but tried hard to be a good, straight, southern Baptist girl. When I was a year old, she left my dad for another man, whom we lived with until I was somewhere around four years old. After the divorce, she told my father to leave, which he did, and in his own words, “I did because I knew I couldn’t fight the entire family to see you.” I cannot remember the man she left him for very well, but I can remember being happy living with him. It did not last, however, and when she left him, she left him for a woman.
I knew from a young age that living with two women was not natural. I could especially see it in the homes of my friends who had a mom and a dad. I spent as much time with those friends as I possibly could. I yearned for the affection that my friends received from their dads. I wanted to know what it was like to be held and cherished by a man, what it was like to live with one from day to day.
As far as I was concerned, I already had one mother; I did not need another. My dream was that my mother would decide she wanted to be with men again, but obviously that dream did not come true. My grandfathers and uncles did the best they could when it came to spending time with me and doing all the daddy-daughter stuff, but it was not the same as having a full-time father, and I knew it. It always felt secondhand.
Growing up without the presence of a man in my home damaged me personally. All I wanted from the time I was a little girl was a normal family. When I graduated high school, my thoughts were not entirely where they needed to be. While my friends were excited about college, a piece of me was missing, and I knew I would never feel whole until I found it.

As an adult, I have tried to talk to my mom about how difficult my life was, but she simply cannot relate because she was raised by a mom and a dad. As a child, I would not have spoken out about the way I was being raised, either. I love my mom. She was the center of my universe and the thought of saying something to outsiders that would have hurt her devastated me. Writing this letter right this very moment is devastating me.
But I am doing it anyway. I am doing it because people need to know that it is not all roses. The effects of growing up the way I did still plays a part in my life today. I was beyond self-conscious as a child, and constantly worried about what others thought of me. I was always terrified of someone finding out my mom was a lesbian and then wanting nothing to do with me. For most of my life, the perceived opinions of others have dominated, and only recently have I been able to let that go.
That is only the tip of the iceberg. The studies claiming we are just as well or better off than our peers raised by straight parents are hardly scientific in most cases, and do not represent us all. People need to know that some children of gay parents do not agree with gay adoption and marriage, just like some gay people themselves don’t agree with it, either! But you will notice that fact is not making headlines.

Her closing paragraph is well worth sharing far and wide:

I am aware there are kids out there who disagree with my point of view, just like there are gays out there who disagree with the LGBT community’s point of view. But to suggest this is not a reason to validate and listen to a handful of children raised by gays, and who are against it, is ridiculous. After all, it is but a handful of people demanding we redefine marriage and parenting, and we all see how well that’s going.

Wow, that is an amazing story – one you will not hear in the mainstream media. You see, according to the homosexual lobby and their media groupies, such people are simply not supposed to exist. Everything about the homosexual lifestyle is supposed to be sweetness and light, and no negative vibes are allowed to be uttered – or heard.

But there are plenty of people like Brandi, and I have documented many of their stories as well. We must get the word out: homosexual parenting is not always wonderful as we are told. It can often be quite horrific. It can never replace the way we were designed: to be born and raised by our own biological parents.

This grand social experiment is killing our kids, killing families, and killing our culture. But we are not supposed to know about any negative effects of this gender bender revolution. Well tough beans, I will most certainly make it known, till I no longer have breath – or a keyboard – to do it.

Brandi and others like her are the heroes of our time. I salute them and encourage all of you to share their stories far and wide. For the sake of our children, we must do this.