The mainstream media is fully in bed with the homosexual activists – certainly metaphorically speaking, but likely often literally as well. Homosexuals have done a great job of taking over the MSM, and so they very handily control the social narrative. They determine what the cultural storyline will be. And it is all pro-homosexual. Anyone or anything that differs from the official party line is strictly censored out. It is only on the rarest occasions that a bit of truth sneaks into the media, and then it is roundly attacked. A few inconvenient truths that almost never see the light of day in the MSM has to do with the reality about homosexual “marriage” and parenting. While the MSM is obsessed with pushing the homosexual marriage agenda, it is not keen to tell us the whole story here. One brave media outlet was willing to go against the grain with this unheard of headline: “US gay marriage court ruling triggers divorce rush.” The story begins this way:

June’s US Supreme Court ruling on same-sex marriage is sending couples to court for a very different reason: same-sex divorce. Marie Griffin, who lives in Savannah, Georgia, moved out of the home she shared with her wife in May. But the couple, who married last year in Washington, could not end their marriage because Georgia did not permit same-sex marriage or divorce. On the day of the June 26 Supreme Court ruling that all states must recognise same-sex marriages, she said she recalled thinking, “We have to, and we can, get a divorce now.” She contacted a lawyer and is pursuing a divorce. Her wife, Sandy Rogers, didn’t return requests for comment. Ms Rogers’s lawyer, Martin G. Hilliard, said his client and Ms Griffin were in a “legal hinterland” when they separated. The ability to divorce lifts a “huge burden”. Couples in US states such as Georgia are lining up both to wed and divorce in the wake of the court ruling, say lawyers, some of whom are reaching out to lesbian, gay, bisexual, and transgender communities for business. Some say they have clients who have been waiting for years to divorce. Even some counties that initially refused to issue marriage licences following the Supreme Court ruling say they are allowing same-sex divorces.

Hmm, homosexual marriage? Given that so few actually want it, it is not in the least surprising to see this rush to the divorce courts. This is a lifestyle that is not exactly known for faithfulness, monogamy and exclusivity. But the media would have us believe otherwise. 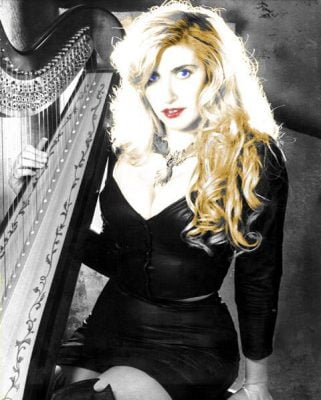 It is the same with the issue of homosexual parenting. In the pink storyline of the MSM, all children raised in such households absolutely love it, and there are no gainsayers to this narrative. Thus the alternative media has to rain on the parade, and offer a few stories which demolish the reigning pro-homosexual paradigm. I have written often about various individuals raised in homosexual households, and the hardships – if not the hell – they have had to endure. These persons of course are not supposed to exist. There are no unhappy children of homosexual households – or so we are told. But I prefer those who have been there and done that to tell their own stories. One of the most damning stories is that of Moira Greyland. Hers is a shocking and horrific story, yet she has had the courage to tell it publicly. She starts her tragic tale this way:

I was born into a family of famous gay pagan authors in the late Sixties. My mother was Marion Zimmer Bradley, and my father was Walter Breen. Between them, they wrote over 100 books: my mother wrote science fiction and fantasy (Mists of Avalon), and my father wrote books on numismatics: he was a coin expert. What they did to me is a matter of unfortunate public record: suffice to say that both parents wanted me to be gay and were horrified at my being female. My mother molested me from ages 3-12. The first time I remember my father doing anything especially violent to me I was five. Yes he raped me. I don’t like to think about it. If you want to know about his shenanigans with little girls, and you have a very strong stomach, you can google the Breendoggle, which was the scandal which ALMOST drummed him out of science fiction fandom. More profoundly, though was his disgust with my gender, despite his many relationships with women and female victims. He told me unequivocally that no man would ever want me, because all men are secretly gay and have simply not come to terms with their natural homosexuality. So I learned to act mannish and walk with very still hips. You can still see the traces of my conditioning to reject my femininity in my absolute refusal to give in and my outspokenness, and my choice of theatrical director for much of my life. But a good part of my outspokenness is my refusal to accept the notion that “deep down I must be a boy born in a girl’s body.” I am not. I am a girl reviled for being a girl, who tried very hard to be the “boy” they wanted. Suffice to say I was not their only victim of either gender. I grew up watching my father have “romances” (in his imagination) with boys who were a source of frustration because they always wanted food and money as a result of the sex they were subjected to, and didn’t want HIM. (OF COURSE!) I started trying hard to leave home when I was ten, after the failure of my first suicide attempt, and to intervene when I was 13 by telling my mother and her female companion that my father was sleeping with this boy. Instead of calling the cops, like any sensible human being, they simply moved my father into their apartment, which I called “The Love Nest” and they moved back into our family home.

Now it should be noted that boy lovers do not think of what they are doing as “molestation.” To them it is sex, they imagine it is consensual, and any objections will certainly be overridden by the orgasms they are certain they can produce, and it is the shame of these orgasms that silences the boy-victims, and persuades them they “must” be gay. (Regardless of subsequent heterosexual marriages and children.) Apparently, 33 reports against my nameless male relative for pedophilia were not enough, and he’ll skate on all this. Not my circus: not my monkeys. I did what I could, and I am easy to find, if ever I am needed to testify. Pardon my fatalism, but serial sexual offenders don’t stop, and there is likely to be another victim. Either someone will come forward, or he’ll offend again, or perhaps, being that he is older, he’ll pass on before he ever has any consequences. Between the time of my reports of father’s offense and my nameless male relative’s, I went and got a Bachelor of Music Performance, and had a career as a wedding harpist and singer, then I married and had children, then I got a Master of Music Performance, and since 2007 I have mainly taught voice and harp and directed operas with two opera companies I founded: one in Southern CA and one in Northern CA. I also made an album of Celtic music. Yet I’ve always been dissatisfied with my career: artists need to tell their story, and mine was rather too ugly to be told.

Her concluding words must be shared far and wide:

Due to my long experience with the BDSM community (bondage/discipline, Sado-Masochism) it is my belief that homosexuality is a matter of IMPRINTING, in the same way that BDSM fantasies are. To the BDSM’er, continued practice of the fantasy is sexually exciting. To the gay person, naturally, the same. However, from what I have seen, neither one creates healing. My mother became a lesbian because she was raped by her father. My father was molested by a priest – and regarded it as being the only love he had ever experienced. There are a vanishingly few people who are exclusively gay, but far more who have relationships with people of BOTH genders, as my parents and other relatives did. What sets gay culture apart from straight culture is the belief that early sex is good and beneficial, and the sure knowledge (don’t think for a second that they DON’T know) that the only way to produce another homosexual is to provide a boy with sexual experiences BEFORE he can be “ruined” by attraction to a girl. If you’re OK with that, and you might not be, it is worth your consideration. If you think I am wrong, that is your privilege, but watch out for the VAST number of stories of sexual abuse AND transgenderism that will come about from these gay “marriages.” Already the statistics for sexual abuse of children of gays are astronomically high compared to that suffered by the children of straights. Naturally my perspective is very uncomfortable to the liberal people I was raised with: I am “allowed” to be a victim of molestation by both parents, and “allowed” to be a victim of rather hideous violence. I am, incredibly, NOT ALLOWED to blame their homosexuality for their absolute willingness to accept all sex at all times between all people. But that is not going to slow me down one bit. I am going to keep right on speaking out. I have been silent for entirely too long. Gay “marriage” is nothing but a way to make children over in the image of their “parents” and in ten to thirty years, the survivors will speak out. In the meantime, I will.

We all need to understand that such stories are not unique. There are many others who have had such unpleasant upbringings, but they are often fearful of coming out of the closet to tell their stories. So thank you so much Moira for your amazing boldness in speaking out. As I keep saying, if the MSM refuses to tell such stories, then I and others in the alternative media will. Truth is important, and if it is being suppressed in the main channels then we need to utilise any others that we can to get the word out there.