Let’s face it: the radical secular left Greens hate conservatives and they hate Christianity. And their wrath is especially kindled against Christians who are conservatives. We see the ugly reality of this being played out in our PC kangaroo courts right now.

I have already written about how a transgender (of course) Greens political candidate has dragged Archbishop of Hobart Julian Porteus before the Anti-Discrimination Commission because the Catholic Church dared to publish and distribute a booklet saying marriage is between a man and a woman: billmuehlenberg.com/2015/09/30/militants-sue-the-church/

And I have written about the perfectly sensible and non-threatening booklet, “Don’t Mess with Marriage”: billmuehlenberg.com/2015/07/26/standing-fast-for-faith-family-and-freedom/ 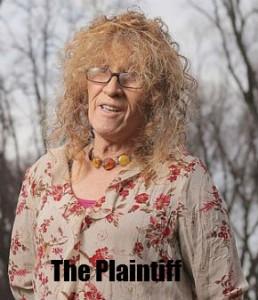 Yep, for that horrific crime the wrath of the PC gaystapo has been unleashed. Indeed, they have moved on from simply persecuting the Archbishop to charging the entire Catholic Church with crimes against humanity! Shut it down altogether! This would be the dream outcome of the hate-filled lefties. As one report states:

All Australia’s Catholic bishops have been drawn into a national test case for freedom of religion and speech after Tasmania’s Anti-Discrimination Commission found they have a case to answer over humiliating gay, lesbian and transgender Australians by distributing a booklet supporting traditional marriage.
The commission has signalled a momentous test case will be held, with a hearing in Tasmania, because of the issues of “public importance” in the case. The Catholic Church has argued that it had no intention to cause offence but was exercising its freedom of speech and religion before the promised plebiscite on same-sex marriage after the next election.
Various Christian churches have expressed fear that freedom of religion and speech will be limited under same-sex legislation, which Malcolm Turnbull has pledged to introduce if a plebiscite approves of same-sex marriage. Supporters of same-sex marriage have assured churches there is no danger to freedom of religion.
Archbishop of Hobart Julian Porteus was initially singled out in a complaint by transgender Greens political candidate Martine Delaney that she felt humiliated and that he had breached the Tasmanian Anti-Discrimination Act by circulating a booklet to the parents of Catholic school students called “Don’t mess with Marriage”.
Ms Delaney, who has changed from a male to a female and lives in a same-sex relationship with a woman, said she was humiliated by the booklet which only paid “lip service” to showing respect to same-sex attracted Australians but actually sent out negative messages about them. She said the booklet did immeasurable harm to “the wellbeing of same-sex couples and their families across Tasmania”.
Ms Delaney had also complained about the Catholic bishop’s conference, which represents all Catholic bishops in Australia, which had distributed the booklet around the nation. Last night the Tasmanian commission cited the bishops’ conference as the prime mover in the booklet and Archbishop Porteus as the second target.

Wow, what diabolical hatred of faith, family and freedom. The leftists, and the Christophobic Greens, should change their name to the Browns. They give Hitler’s stormtroopers the ‘Brownshirts’ a good run for the money. Just seek to silence and put out of business any and all opposition to the fascist homosexual agenda.

A new change.org petition has been launched about this appalling case of anti-Christian bigotry and attack on free speech. With the title “Restore free speech for Porteous and every citizen. Repeal all ‘right to not be offended’ clauses” it is now available for signing. It says:

BREAKING: Following a complaint lodged several weeks ago, rather than dismiss the complaint, the Tasmanian Anti-Discrimination Commissioner has decided to proceed with prosecution of Julian Porteous, the Archbishop of Hobart and the co-accused national conference of Catholic bishops. The complaint was lodged by an Australian Greens Federal Candidate for the seat of Franklin (TAS).
The complaint is over a catholic booklet explaining to catholic parents of catholic schools why the church for 2000+ years has understood the importance, sacredness and special meaning of marriage.
ENOUGH IS ENOUGH! Whether you agree with Archbishop Porteous or not we must restore basic freedom of speech in Australia. Starting with Tasmania and any other laws, the so-called “right to not be offended” must be repealed! This is getting ridiculous if not deadly serious.
If Australians want to enjoy freedom to express our views, we must permit our opponents the same freedom.
How can Australians engage in a debate about the meaning of marriage if one side of the debate can not be aired without fear of prosecution? We urge you to move legislation that removes the newly invented “right to not be offended” from any relevant state and federal laws.

In a related story, a Senate attempt to protect free speech was defeated by – you guessed it – Labor and the Greens:

A motion to protect the Catholic church’s right to distribute an anti-marriage equality booklet that marriage equality advocates have labelled “divisive” has been shot down by the Senate. A former cabinet minister turned Coalition backbencher, Eric Abetz, put up the motion in the Senate on Thursday supporting the church’s pamphlet campaign.
The motion stated that: “The Senate, while not expressing a view on the contents of the booklet issued by the Australian Catholic bishops conference entitled Don’t Mess with Marriage, fully supports the rights of members of the Catholic church, including Archbishop Julian Porteous, to distribute it.”
It was brought on by Abetz with the support of a number of crossbenchers, including the independent senator John Madigan, Liberal Democrat David Leyonhjelm, Family First senator Bob Day, and Palmer United party’s Dio Wang.
Despite the crossbench support, Labor and the Greens joined forces to block the motion before it got put to a vote.
Abetz was scathing, saying that the two parties shut down the basic right of freedom of speech.
“Free speech is a key pillar of our society and the tricky tactics used by Labor in an effort to shut down debate and run a protection racket for the extreme Greens flies in the face of the open discussion we should be having about marriage,” he said.
“The motion firmly supports not only the right of the Catholic archbishop of Hobart and the Australian Catholic bishops conference but all Australians to engage in open discussion about the truth of marriage. I will continue to fight to uphold the institution of marriage and defend the right of people to speak up in defence of this vitally important societal institution.”

Abetz is 100 per cent right. This is a war on freedom, a war on marriage and family, and a war on Christianity. Can the left and the Greens get any more blatant about their hostility to all three? They might just as well come out and declare it openly: they hate Christians and Christian morality, and are hell-bent on destroying both.

16 Replies to “The Greens’ War on Christianity”