As part of my ongoing series on dumb sayings and posters, I offer a few more for your enjoyment and edification. Given that the social media supplies us with a non-stop supply of such things, I have a bottomless well from which to draw these prime examples of goofy thinking, bumper sticker clichés, dodgy Christian sayings, and just plain unhelpful posters and posts.

A book could easily be filled with all these dopey sayings and senseless quotations. Yet we find them continually being posted and paraded as if they were the height of wisdom and biblical truth. That is the scary part: the number of Christians who push these things, actually believing they are such great words and almost inspired teachings. 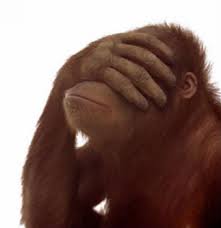 All of these posts, if my memory serves me well, were put up on the social media by Christians. That to me is the most shocking thing. We would expect all these rather vacuous and silly posters to be proudly put up by those into the New Age Movement or some such thing, but not by those claiming to be biblical Christians.

But this is all just part of the dumbing down of our culture and our churches. It has been happening for quite some time now. And I have often addressed this worrying trend elsewhere. So let me here offer a few more prime examples of threadbare thinking and mushy moralising.

Um, says who? The presumption here is that this is God speaking, and this is another wonderful promise to be claimed by the believer. But how exactly do you define “best”? Indeed, we already have popular preachers writing books promising us our “best life now”.

“Best” in terms of what? Of course for the megapastor who penned that book, it is all about your best career, your best success, your best financial situation, your best self-image, your best life as in what we find in Lifestyles of the Rich and Famous.

That is never how Scripture defines the best. Our best life is one of selfless service and dedication to our Lord, counting the cost and paying any price to serve him and reach the lost. It is never about ‘me, me, me’. But the modern gospel is just that – a totally self-centred gospel. Self can never be the best – in Scripture it is the path to the worst.

“Something great is about to happen to me!” (Put out by the Kenneth Copeland Ministries.)

This is more mumbo jumbo that we would expect from New Agers and airy fairy feel-good religious movements, but not from those who purport to be followers of Jesus. Like the silly poster above, this is more false advertising. And again, what is meant by the key term here, “great”?

The truth is, we have many promises in Scripture, and not all of them could be called great, at least in terms of how this poster would have it. Consider just one such promise: “everyone who wants to live a godly life in Christ Jesus will be persecuted” (2 Timothy 3:12).

I realise that Christians like to speak about claiming every promise of God, but most of them don’t seem to want to claim this one. And there are many others like it in Scripture. Most often the Christian life is one of hardship, trials, suffering, and persecution. And it is always about taking up your cross, denying yourself, and dying to the flesh.

That God will allow real blessings and joys along the way no one is denying. But these sorts of statements are really bogus, biblically speaking. Life is not always great for the believer. Sometimes it is simply horrific. Just ask the Christians being tortured, raped and killed by IS right now in the Middle East.

“Love comes naturally, hate is learned” (With a picture of a black child and a white child hugging each other.)

Again, we expect sentimental New Agers to push this silly mush, but never someone claiming to be a biblical Christian. Did those posting this ever hear of the doctrine of original sin? Have they ever read their Bibles? And really, “love comes naturally”?

Where does it say that in Scripture? And we have to learn hate? The biblical data is clear: we are born as selfish sinners who put self first. It takes the saving work of Christ in our lives to break this fixation and orientation to self, and move it to God and others.

It is fully normal and natural to be self-centred. To really care about and love others is not natural at all – it is supernatural, wrought in us when we are born again and the Holy Spirit takes residence within us. So why any believer would want to post something like this is really beyond me.

“Everything you need will come to you at the perfect time.”

Here is more dodgy theology, and something we would expect the NAM to come up with. But sadly New Age thinking has infiltrated the churches big time, especially in the form of the “name it and claim it” teachings and the “positive confession” movement.

They insist that we just need to think happy thoughts and always hope for the best and everything will turn out just peachy. It is all mind over matter and thinking happy thoughts. Again, this does not at all square with the fate of so many suffering and persecuted believers, not only today but throughout church history.

And again, this depends on how we define “need”. For those pushing this, it usually means not needs but greeds. It means having lots of money, fancy cars, big homes, and the good life. Those who need to be rescued from an IS beheading do not always find this coming at the perfect time.

Indeed, Scripture tells us that we can expect both: sometimes we do get things like divine deliverance, and sometimes we do not. Consider Hebrews 11:33-38 which speaks to both situations. It speaks of the great saints of the past

who through faith conquered kingdoms, administered justice, and gained what was promised; who shut the mouths of lions, quenched the fury of the flames, and escaped the edge of the sword; whose weakness was turned to strength; and who became powerful in battle and routed foreign armies. Women received back their dead, raised to life again. There were others who were tortured, refusing to be released so that they might gain an even better resurrection. Some faced jeers and flogging, and even chains and imprisonment. They were put to death by stoning; they were sawed in two; they were killed by the sword. They went about in sheepskins and goatskins, destitute, persecuted and mistreated – the world was not worthy of them. They wandered in deserts and mountains, living in caves and in holes in the ground.

“You are confined only by the walls you build yourself.”

My final example is yet another case of this mind over matter mania. Um, sometimes there are real walls that confine us – such as a prison cell. The Apostle Paul knew all about such realities. He did not try to just think happy thoughts, or visualise a situation where he was tiptoeing through the tulips.

Yes, we can sometimes put unnecessary limitations on ourselves, either by being overly negative or by not seeing how God might work in a tight situation, but again, this is the mindless mantra of “your best life now”. Try telling that to the millions of Christian martyrs over the centuries, or to the grieving Christian couple who just lost a young daughter to cancer, etc.

Sometimes very real walls exist, and just claiming an occultic mind over matter spiel is not going to knock down every such wall. There are enemies – both human and spiritual – who are at work in this world, doing all they can to stop us or thwart us from doing the will of God.

It takes more than wishful thinking and happy thoughts to withstand much of this. Real spiritual warfare must be engaged in, and even then, some real walls will remain. Such is life in a fallen world with very real opposition. So a bit of biblical realism is certainly needed here.

This is now my ninth such article in this series. Regrettably, I suspect there will be many more to come, since the supply of silly if not downright wrong and unbiblical posters seems to be in endless supply. And even more sadly, there seem to be plenty of rather clueless Christians happy to post such things.

9 Replies to “And Even More Dumb Quotes and Posters”