Admittedly things are looking rather grim at the moment. All over the West it seems like evil, the devil, insanity, runaway political correctness, sexual perversion, and moral anarchy reign. Things are getting darker and darker. Those who care about all this are working and praying to turn things around, but their numbers are small and seem to be dwindling.

Sometimes we can be so engaged in all these battles that we need a quick reminder that God is certainly still at work, and we need to step back for a moment and catch sight of the bigger spiritual picture. A great culture warrior and prayer warrior called me this morning to excitedly tell me about how amazing things have been lately in Australia. 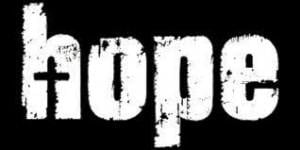 He reminded me again of how much can be achieved with a lot of hard work and a lot of prayer. Consider the whole controversy over the so-called Safe Schools Coalition. It has been discussed all over the place of late, and even non-Christians and non-conservatives are raising alarm bells about it.

Newspapers like the Australian seem to be running daily stories on it, sometimes even front-page stories. Concerning all this, Warwick Marsh just released this statement:

The ACL and other groups have also been standing strong here. And I might add that even today the Australian is still running with this story, and has another piece critical of the SSC: www.theaustralian.com.au/opinion/left-falls-into-queer-extremists-trap-with-safe-schools-program/news-story/4cb53ec9a0779aba50e30275b83ce01a

One final item: last night WA Labor Senator Joe Bullock resigned from the party because of their pro-homosexual marriage stance. I salute Joe for standing on principle instead of just pushing the immoral Labor agenda. As I said last night, “sometimes honourable men need to get into politics – sometimes they need to get out”.

The truth is, in all these battles, there has been a lot of work and a lot of prayer involved. It can get overwhelming at times, and it is so easy to get discouraged. But God is at work. And because God is working, we must work. And we must pray.

And don’t worry about the fact that in all these battles the other side has all the advantages: money, power, government support, the media, academia – everything seems to be on their side, while we just have a handful of volunteers with little or no money, government support, and so on.

We are always outnumbered, outgunned, and out-spent in these battles. But as Christians, we know that God plus one is a majority. And we also know that God prefers to work this way: he uses minorities to get the job done. He uses a godly remnant to achieve his purposes.

Israel of old had to always be reminded of this. Recall in Judges 7 how God had to get Gideon to whittle his forces down from 32,000 fighting men to just 300 to capture Midian. The reason for this is clearly spelled out in Judges 7:2: “The Lord said to Gideon, ‘You have too many men. I cannot deliver Midian into their hands, or Israel would boast against me, “My own strength has saved me”.’”

Even in the culture wars the glory of God must always be preeminent. So even though we get involved with few co-workers, limited resources, and little external support, we keep on fighting. When some victories take place, then God gets the glory, not us – and that is the way it always should be.

So hang in there friends. Now is not the time to despair or give up. Now is the time to double our efforts; to pray more, to work more and to care more. We will not win every battle, but we can win some, by the grace of God. So please keep on keeping on.

11 Replies to “Hope in the Culture Wars”