It may be odd to pen a piece like this, but a few reasons can be offered for doing so. Most people would find nothing amiss about the use of musical instruments in Christian worship, but a small percentage of believers do. Here we have something which most believers would not give a second’s thought to that has become – for some at least – a matter of controversy.

Some Christians, some churches, and even some entire denominations, have it as a cardinal rule that no musical instruments will be allowed in the churches for worship. Now, if that is their thing, I suppose they can do what they want. But when a minor issue is elevated to that of a major issue, then we have some problems.

Of course majoring in minors has long been something Christians have been guilty of – often to the detriment of Christian unity and the church’s witness. We let inconsequential things and secondary matters become big deals, and get into wars over them. No wonder we keep losing the more important battles. 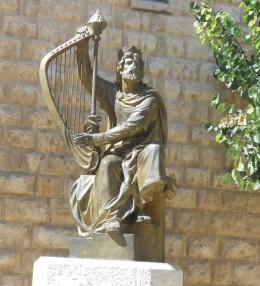 So let me first look at what Scripture has to say about this. We have a number of passages to appeal to. Since I happen to be in Chronicles in my daily reading, let me begin there. Some of the key passages would be these:

1 Chronicles 15:16 David told the leaders of the Levites to appoint their fellow Levites as musicians to make a joyful sound with musical instruments: lyres, harps and cymbals.

1 Chronicles 15:19-24 The musicians Heman, Asaph and Ethan were to sound the bronze cymbals; Zechariah, Jaaziel, Shemiramoth, Jehiel, Unni, Eliab, Maaseiah and Benaiah were to play the lyres according to alamoth, and Mattithiah, Eliphelehu, Mikneiah, Obed-Edom, Jeiel and Azaziah were to play the harps, directing according to sheminith. Kenaniah the head Levite was in charge of the singing; that was his responsibility because he was skillful at it. Berekiah and Elkanah were to be doorkeepers for the ark. Shebaniah, Joshaphat, Nethanel, Amasai, Zechariah, Benaiah and Eliezer the priests were to blow trumpets before the ark of God.

1 Chronicles 15:28 So all Israel brought up the ark of the covenant of the Lord with shouts, with the sounding of rams’ horns and trumpets, and of cymbals, and the playing of lyres and harps.

1 Chronicles 16:4-6 He appointed some of the Levites to minister before the ark of the Lord, to extol, thank, and praise the Lord, the God of Israel: Asaph was the chief, and next to him in rank were Zechariah, then Jaaziel, Shemiramoth, Jehiel, Mattithiah, Eliab, Benaiah, Obed-Edom and Jeiel. They were to play the lyres and harps, Asaph was to sound the cymbals, and Benaiah and Jahaziel the priests were to blow the trumpets regularly before the ark of the covenant of God.

1 Chronicles 16:42 Heman and Jeduthun were responsible for the sounding of the trumpets and cymbals and for the playing of the other instruments for sacred song. The sons of Jeduthun were stationed at the gate.

1 Chronicles 25:1 David, together with the commanders of the army, set apart some of the sons of Asaph, Heman and Jeduthun for the ministry of prophesying,accompanied by harps, lyres and cymbals.

2 Chronicles 5:11-14 The priests then withdrew from the Holy Place. All the priests who were there had consecrated themselves, regardless of their divisions. All the Levites who were musicians—Asaph, Heman, Jeduthun and their sons and relatives—stood on the east side of the altar, dressed in fine linen and playing cymbals, harps and lyres. They were accompanied by 120 priests sounding trumpets. The trumpeters and musicians joined in unison to give praise and thanks to the Lord. Accompanied by trumpets, cymbals and other instruments, the singers raised their voices in praise to the Lord and sang: “He is good; his love endures forever.” Then the temple of the Lord was filled with the cloud, and the priests could not perform their service because of the cloud, for the glory of the Lord filled the temple of God.

Other passages – including numerous psalms – which could be mentioned include:

2 Samuel 6:5 David and all Israel were celebrating with all their might before the Lord, with castanets, harps, lyres, timbrels, sistrums and cymbals.

Nehemiah 12:27 At the dedication of the wall of Jerusalem, the Levites were sought out from where they lived and were brought to Jerusalem to celebrate joyfully the dedication with songs of thanksgiving and with the music of cymbals, harps and lyres.

The introduction to Psalm 6 For the director of music. With stringed instruments. According to sheminith. A psalm of David.

Psalm 33:1-3 Sing joyfully to the Lord, you righteous;
it is fitting for the upright to praise him.
Praise the Lord with the harp;
make music to him on the ten-stringed lyre.
Sing to him a new song;
play skillfully, and shout for joy.

Psalm 71:22 I will praise you with the harp
for your faithfulness, my God;
I will sing praise to you with the lyre,
Holy One of Israel.

Psalm 81:1-3 Sing for joy to God our strength;
shout aloud to the God of Jacob!
Begin the music, strike the timbrel,
play the melodious harp and lyre.
Sound the ram’s horn at the New Moon,
and when the moon is full, on the day of our festival;

Psalm 92:1-3 It is good to praise the Lord
and make music to your name, O Most High,
proclaiming your love in the morning
and your faithfulness at night,
to the music of the ten-stringed lyre
and the melody of the harp.

And recall how Saul, who was afflicted by a distressing spirit, had David play the harp to give him relief (1 Samuel 16:14-23). So plenty of Old Testament texts can be produced here. But some of these folks will claim that we find none in the New Testament.

There are a few problems with this. One, it is usually never helpful to argue from silence. As but one example, Paul nowhere directly and clearly refers to the virgin birth of Christ in his writings. Are we to assume therefore that he did not believe in it?

And the use of microphones, sound systems, overhead projectors, data projectors, parking lots, direct debit collection systems, church buses, and other aids to contemporary church life are also nowhere mentioned in the NT. Does that mean they are all sinful to use?

And the truth is, we have at least one NT passage which does seem to tell us that God is worshipped with the aid of musical instruments:

Revelation 14:2-3 And I heard a sound from heaven like the roar of rushing waters and like a loud peal of thunder. The sound I heard was like that of harpists playing their harps. And they sang a new song before the throne and before the four living creatures and the elders. No one could learn the song except the 144,000 who had been redeemed from the earth.

Clearly something used to worship God at that point, as well as in the past, cannot be intrinsically evil, or God would never have allowed it to be used at all. Furthermore, some passages such as Ephesians 5:19 might include the use of musical instruments. As Matt Slick – relying on Strong’s Concordance – explains:

The phrase, “making melody,” is the Greek word, psallo, which means, “1) to pluck off, pull out, 2) to cause to vibrate by touching, to twang, 2a) to touch or strike the chord, to twang the strings of a musical instrument so that they gently vibrate, 2b) to play on a stringed instrument, to play, the harp, etc. 2c) to sing to the music of the harp 2d) in the NT to sing a hymn, to celebrate the praises of God in song.” We can see that the making melody to the Lord involves the use of musical instruments. Therefore, we are free to use musical instruments in the church in our worship to the Lord.

In his commentary on Ephesians Harold Hoehner says this about the verse:

Let me conclude by saying a few words about adiaphora, or ‘things indifferent’. This is a theological term which refers to those things which are neither sanctioned by Scripture nor prohibited by Scripture. There would be many such things of course, and it seems the use of musical instruments in worship is one of them.

Plenty of things, from driving a car, using a computer, or utilising a smartphone, all for Christian work, would be included here. If you believe we may only do what Scripture explicitly commands or permits, you will have to get rid of all these things – at least in your Christian ministry.

John Piper said this about such matters:

There’s a view of church life that says we should only do what the Bible commands us to do in worship: the regulative principle. Another view says we are free to do whatever the Bible doesn’t forbid us to do.
Now neither of those is completely clear, because virtually nobody only does what the Bible commands them to do. The Bible doesn’t tell them what kind of shirt to wear. It doesn’t tell them whether to stand at the front or the back when they preach. I mean, you could think of a hundred things we do in our worship that the Bible doesn’t make clear that we should do.
And the people who say that we are free to do whatever the Bible doesn’t prohibit have to come to terms with the reality that you have to work with principles. For example, preaching with a bathing suit on: the Bible doesn’t forbid it, but if John Piper walked out with a bathing suit on then I couldn’t help anybody! And so you’ve got principles of helpfulness that you use.

He goes on to discuss the use of musical instruments in worship. And for those who are interested, I speak to this in much greater detail here; billmuehlenberg.com/2013/11/15/on-adiaphora/

To wrap this up, I find no biblical text or principle against the use of such instruments. Most churches therefore make use of them. Of course one can ask whether all music, all forms and styles of music, and all types of musical instruments, are conducive to godly and holy worship. But that is the stuff of another debate.

14 Replies to “Musical Instruments in Praise and Worship”