Cults are real, and cults are dangerous. Every day people get sucked into various cults – often religious in nature – and once in, they can be very hard to win back. That is because deception plays a very big role in most cults. Truth suffers immensely as lies and mass delusion set in.

Some of the traits of a cult include the following: 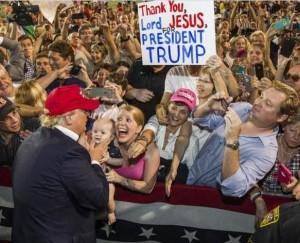 -a strong, charismatic demagogue who leads the masses
-unquestioning obedience and subservience to this leader
-the abandonment of one’s critical faculties and power of discernment
-the willingness to do anything for the cult leader
-a zeal and commitment to serve the leader at all costs
-a keen desire to see everyone else become part of this cult
-a demonisation of all those who refuse to see that this cult figure is the one and only true leader
-a willingness to say and do anything, no matter how immoral or evil, for the cult and its sacred leader
-a strong turning away from and hatred of family and friends if they do not follow you in this cult
-an elitism and smug superiority, wherein everyone else is looked down upon and denigrated if they are unwilling to join the cult

These are just some of the marks of a cult, and of a cultist. And religious cults are not the only ones around. Political cults also exist. Indeed, they take on quasi-religious overtones as an exalted political figure is worshiped, adored, obeyed, and followed without question.

We certainly saw that in full tilt in Germany in the 30s. The Hitler cult had millions of devoted followers who would do anything for their beloved Fuhrer. Any amount of hatred, violence and bloodshed was acceptable and justifiable in the name of the cult leader Hitler.

And regrettably I am seeing way too many parallels today in the US with the Trump cult to feel comfortable. And NO, I did not say Trump is a mass murderer and a person of pure evil like Hitler. But I do see so many of the same marks of a cult with far too many of the Trump followers.

-You may be in the Trump cult if you are willing to abandon your former conservative beliefs and values in favour of supporting this lifelong liberal and Democrat supporter.

-You may be in the Trump cult if you defend to the death anything Trump says, no matter how stupid, how bizarre and how decidedly unconservative.

-You may be in the Trump cult if all the lessons of history about demagogues destroying a nation and deceiving a people are lost on you, or ignored by you.

-You may be in the Trump cult if you make excuses for the millions of dollars Trump has pumped into leftist and progressive causes over the decades, and to leading Democrats like the Clintons, and to anti-Tea Party groups, etc.

-You may be in the Trump cult if you cut off, unfriend, and turn against scores of your former conservative and Christian friends because they will not get on-board the Trump bandwagon.

-You may be in the Trump cult if you claim to be a Christian but get far more defensive and excited about Donald Trump than you do the Lord Jesus Christ.

-You may be in the Trump cult if you are happy to chuck out all the Bible verses that speak to the importance of godly character in rulers, of how righteousness exalts a nation, of how the arrogant will bring down a nation, of how God opposes the proud, etc.

-You may be in the Trump cult if you spend far more time and effort excitedly talking about and promoting Trump and his glories than you do about Jesus Christ.

-You may be in the Trump cult if you break off relations with all Christians who do not worship Trump as you do. Loyalty to Trump has become a test of orthodoxy and a sign of true belief.

-You may be in the Trump cult if you seriously believe Trump is somehow the anointed one, the long-awaited messiah, the one who will make America great again. There is only one person who can do that, and he is not running.

-You may be in the Trump cult if you hate on, swear at, abuse, and treat like dirt fellow Christians because they refuse to go along with your idolatry.

I could offer plenty more such warning signs. And every single one of these I have sadly experienced firsthand from obsessed, irate Trump supporters. And I can truly say that I have encountered and had to deal with far more Trump cult followers than I ever care to again.

They have frightened me to death to be honest. My ministry results in me getting plenty of enemies, a daily supply of hate mail and abuse, and the occasional death threat – that is par for the course. I fully expect that from some of the militant homosexual lobbyists, angry atheists, and other secular lefties.

But what has utterly shaken me to the core is the level of hatred, vitriol, abuse, ugliness and demonic rage from the Trump cultists who claim to be conservatives, and worse yet, claim to be Christians. The only way I can account for the mass deception, the mass hysteria, and the mass hatred, is to say this is ultimately satanic in nature. How else can we account for this?

I am coming to believe that in many ways the Trump cult has become a demonised cult. Sure, there are many good people still shrilling for Trump, but he has legions of blind followers who seem little different from what we found in Germany in the 30s. It is shocking to behold – absolutely frightening in fact.

And I am not alone in being on the receiving end of all this hostility, hatred and rage. Anyone who engages in the public arena in these political debates and does not worship at the feet of the Donald knows exactly what I am talking about. Yesterday my good friend in America Michael Brown penned one of the most shocking and incredible articles you may read for quite some time.

He too describes the intense hatred and demonisation he encounters from the Trump supporters, even those claiming to be Christians. What you will find there should shock you to your core. Please read the entire piece. But let me quote just one “Christian” comment he received. If this does not tell you that we are dealing with deceived and demonic cultists, nothing will:

You are a f—ing idiot!!!!! Trump will win POTUS and when he DOES and he makes this country great again by getting back ALL THAT WAS STOLEN FROM HER, I am going to laugh in your face, and say, ‘YOU WERE WRONG AND NEED TO SHUT YOUR PIE HOLE MOUTH!’ You are a deceiver and you are leading Christians down a road of utter SUFFERING for speaking against God’s ANNOINTED ONE WHOM HE HAS CHOSEN AND THAT IS TRUMP! You should be ASHAMED OF YOURSELF. Funny how you could not back one thing that came out of your lying mouth with scripture! READ YOUR BIBLE YOU WICKED PLOTTING POS! And I don’t care that I cuss at you because I was made this way, and I KNOW who I AM in The Lord Jesus Christ!!!! You will be held accountable on the day of the great white throne judgement and you will have God asking you, ‘Why have you led my sheep astray!?’ Good luck on THAT DAY, because YOU are going to NEED IT, May God have mercy on you!! Bring on the backlash for my comment. Anyone that gives me crap for this comment, your part of this world’s PROBLEM and know NOTHING! I am confident in what I say here and I will risk it for the sake of the Saints who are true Saints and are WAKING UP!! Like I said before, may the Lord have mercy on you. You deserve what’s coming to you for spreading lies about God’s ANNOINTED one Donald J. Trump!

Brown is quite right to say that this level of delusion and bile is hardly ever found by those supporting other candidates: “Somehow, I couldn’t see Bible-quoting supporters of Mike Huckabee or Ben Carson or Ted Cruz defending their candidates with filthy rhetoric like this, yet for Bible-quoting Trump supporters it is hardly uncommon. (I hear from them on a regular basis.)”

There is something utterly different about Trump. He is a vile, vain, dangerous and deceptive man, and he has far too many followers who follow in his footsteps. This is not just a political battle, but clearly a spiritual one. When such demonic manifestations come to the fore so often, then you know we must do more than just win the battle of ideas, but we must win the spiritual battles as well.