One of the greatest challenges I face is getting the great bulk of believers in the West to wake up to the basic truth that we are in a war. Far too many Christians are utterly clueless as to the very real war of ideas, ideologies, and philosophies raging all around us.

Not only are there hard-core culture wars going on everywhere, but there is a monumental battle for truth which is unrelenting. Yet most believers think the Christian life is a picnic. They have no idea that all sorts of groups and individuals and ideologies have made formal declarations of war against the church, the faith, and against believers.

Yes some folks actually hate us and have vowed to do all they can to stamp out Christianity. Yet these clueless believers think everything is just rosy, and so they simply party on. Christianity for them is just a pleasant cruise ship instead of a war-ready battleship.

Because they are completely ignorant of all the battles going on around us, the other side keeps winning by default. They have to do little to achieve their aims since most Christians just do not know and do not care. That is why the church is in such a repressible state nowadays.

Simply consider one major battleground: the homosexual activists’ war on faith, freedom and family. So many Christians are utterly unaware of the battles being fought and just what is at stake here. Worse yet, too many of these clueless and ignorant Christians have actually sided with those who are warring against us.

They are defending and promoting the homosexual agenda. They actually somehow think that they are being great Christians when they side with the activists in their war against the Bible, the family, morality, and the church. Lenin had a phrase for the clueless Westerners who did similar things in relation to Marxism: “useful idiots”.

Yep they sure were idiots but they sure were useful in advancing the cause of godless communism. Because they knew nothing about what communism really was all about, and because they seemed to be equally ignorant of their own faith, they served the Marxists very well indeed. 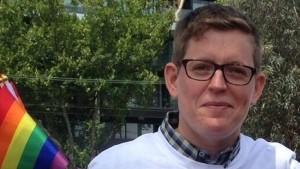 And of course once Marxists came to power, the first group of folks to be executed or imprisoned were these useful idiots. As a more specific example of the homosexual assault on everything, consider the battle over the so-called Safe School Coalition. I have written often on this wretched program, as have many others.

But incredibly I still find clueless wonders who defend this program. Naïve and gullible Christians are still spruiking for this terrible agenda. Once again, they are blissfully ignorant of not only how bad this program is, but they are equally ignorant about what Scripture teaches on such matters.

I have spoken and written about how bad all this is, including the Marxist ideologue who is behind it, Roz Ward. See here for just some background on this hard core revolutionary who has openly admitted that the SSC program has nothing to do with bullying and everything to do with implementing Marxist social and economic agendas: billmuehlenberg.com/2016/03/17/seven-things-you-must-know-about-the-safe-schools-program/

In addition to his/her role behind the SSC and his/her involvement at La Trobe University in Melbourne where he/she pushed his/her radical agenda, I also noted how just five days ago the hyper-left Andrews’ Labor Government actually gave him/her a plum job advising its education department! Oh great, just what we need.

The May 23rd headline in The Australian said this: “Marxist Roz Ward now Victorian school LGBTI adviser”. The article opened this way:

Roz Ward, the hardline Marxist behind the contentious Safe Schools program, has been appointed to a high-level committee advising the Victorian government on education issues. With the taxpayer-funded sexual and gender diversity program having become a hot election issue, after the Greens and Labor pledged to boost funding, the Andrews Labor government appears increasingly committed to pushing an LGBTI agenda in the schoolyard.
Ms Ward, already a director of the Safe Schools Coalition Victoria, has joined the education reference group set up to provide advice on the government’s LGBTI education priorities and identify new ways to improve equality for gay and transgender youth in schools. The group comes under the mantle of the government’s LGBTI Taskforce, co-chaired by leading transgender activist Brenda Appleton, which provides direct advice to Equality Minister Martin Foley.
While the taskforce membership was announced in September, the make-up of its education reference group has not been publicly disclosed. But Ms Ward’s role is detailed on the website of La Trobe University’s Australian Research Centre in Sex Health and Society, where she works.
Ms Ward, an academic with a degree in gender studies, has become the controversial face of the Safe Schools movement, largely due to her extreme Left political views; including publicly linking the program to a broader Marxist push to liberate society from “gender constructs”.

As I have documented often, Dan Andrews and his hard left government have been raging war on all things Christian while doing everything they can to promote the homosexual and transgender agendas. That is why an article in yesterday’s Australian was such great news. It seems the uber-radicalism of Mr/Ms Ward has finally caught up with him/her. The short piece says this:

Controversial Safe Schools Coalition co-ordinator Roz Ward has resigned from a Victorian government advisory role after The Australian discovered a Facebook post where she labelled the national flag “racist”. Ms Ward made a Facebook post on Tuesday after Victorian Premier Daniel Andrews apologised to the gay community for past discrimination. The government hoisted a gay-pride rainbow flag on parliament house as part of the event.
Ms Ward posted a photo of the rainbow flag on Facebook with the comment: “Now we just need to get rid of the racist Australian flag on top of state parliament and get a red one up there and my work is done.” The Australian last night asked Ms Ward and the Victorian government for a comment on the post, given she is implementing Safe Schools and is advising the government on LGBTI issues. In response to the request, her resignation was announced this afternoon.

Now that is some real good news. As I keep pointing out however, he/she still is the driving force behind the SSC, and still retains his/her La Trobe uni position. But this is a good start indeed. How someone so radical and so full of hatred for all things Western and Christian could have gotten as far as he/she has tells you just how utterly secular left Victoria has become.

But worse yet, once again, are all the clueless Christians who do not know or do not care about just how bad things are, and just how bad Ward is. Indeed, I have already heard prominent Christian leaders saying that they feel “sad” that Ward lost the position.

Good grief! A rabid, committed Marxist who detests Australia and wants to destroy it, and who is diabolically assaulting our children with her radical homosexual and transgender social engineering, and they are sad? What? This is just mind-boggling.

But it is just another example of what I have been speaking about here. Far too many people who should know better do not know better. They seem to be blissfully unaware or unconcerned about all the wars raging around us. Or they are part of the evangellyfish tradition which insists that we should just be “nice” and tolerant and accepting, and all this will work out just peachy.

Why do I suspect such folks would be sad if major destructive individuals like Alfred Kinsey or Margaret Sanger lost their positions? Indeed, they might feel sorry for Hitler or Stalin as well. After all, we have to be “compassionate” and accepting of everyone now don’t we?

I for one tire of such foolishness. When you are in a war, the first thing necessary to winning is identifying the enemy. It sure is not to make excuses for them or seek to defend them. But so many Christians do not have a clue about any of this. And that my friends is exactly why we keep losing.

I would much rather go with someone like Leonard Ravenhill who said, “Many believers live as if this world were a playground instead of a battleground.” Or as suffragette Susan B. Anthony once put it:

Cautious, careful people, always casting about to preserve their reputation and social standing, never can bring about a reform. Those who are really in earnest must be willing to be anything or nothing in the world’s estimation, and publicly and privately, in season and out, avow their sympathy with despised and persecuted ideas and their advocates, and bear the consequences.

And as is so often the case, our church leaders are the ones most at fault here. As Charles Finney put it:

12 Replies to “Yes We Are at War, and Yes We Can Win Some Battles”