Non-Christians are trashing Christ and the gospel all the time – that is fully to be expected. What should not be expected – and what is far worse – is when Christians end up doing exactly the same thing. Far too often believers are giving Christianity a really bad name.

And what is even more of a concern is that this damage to the cause of Christ often ends up becoming front page news. The whole world learns about just how poorly some churches and pastors are when it comes to representing Christ. Plenty of scandals make the church a laughing stock to the world as its sins and crimes are exposed for all to see.

Sexual sins are plentiful of course, and how many high-flying Christian leaders have been caught out big time because of them? Nothing like dragging the name of our pure and holy Jesus Christ through the mud because some leaders just cannot keep their pants on.

We far too often read about how churches and leaders are getting away with murder on the financial side of things. And some go so far off the rails that eventually they are caught and punished, not just for sinful behaviour but for unethical and illegal behaviour as well.

There would be many examples of this. Let me just highlight two of them. When I was recently in Singapore, one day the front page headlines spoke about the criminal sentences handed down to six pastors for financial wrongdoing. Some of the church leaders seem to have been living the good life, while the flock was being fleeced.

When I was there I was actually taken to the head pastor’s mega-mansion by the seaside. It was so big he could have held church services there! But all this wealth and opulence means nothing now as he languishes in a jail cell. I briefly wrote up the story at the time: billmuehlenberg.com/2015/11/25/may-your-money-perish-with-you/ 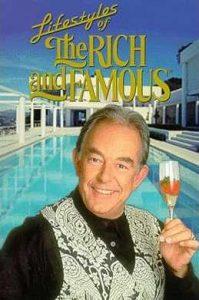 Consider another ministry which is also known for its wealth and grandeur. It happens to be in the news at the moment because a co-founder of it has just sadly passed away. Jan Crouch died in the US at age 78. She and her husband Paul founded the Trinity Broadcasting Network back in 1973. Paul passed away in 2013.

TBN was often looked at critically by believers and non-believers alike for various reasons, including its lavish, mega-bucks approach to the gospel. The prosperity gospel was alive and well at TBN, and everywhere one looked there was abundant evidence of this: the opulence, the extravagance, and the ostentatious displays of wealth.

The secular media often took an interest in this couple and their ministry – usually for all the wrong reasons. The media rightly wondered whether they could have easily been featured on the TV show The Lifestyles of the Rich and Famous, in stark contrast to the lifestyle of Jesus.

Plenty of media exposes of the couple and TBN were done over the years. I realise that the secular media is not exactly trustworthy when it comes to reporting on matters of faith. Often there is a built-in bias against anything that has to do with Christianity. So we must always be careful with what we find in the MSM.

But consider just one startling news story written a few years ago. If even half of this report is true, it is a shocker indeed. Let me quote from part of it:

Two former employees of the world’s largest Christian television channel Trinity Broadcasting Network are accusing the non-profit of spending $50 million of its funding on extravagant personal expenses. Among purchases, the network founded by Televangelists Paul and Jan Crouch, is accused of misappropriating its ‘charitable assets’ toward a $50 million jet, 13 mansions and a $100,000-mobile home for Mrs Crouch’s dogs. Their granddaughter, Brittany Koper, 26, recently filed her allegations in court after a brief appointment as the network’s chief finance director in July.
She claims she was fired in September after discovering the ‘illegal financial schemes’ according to the lawsuit obtained by the Los Angeles Times, and consequently reporting them to Mr Crouch. Her lawsuit follows a second by another former employee and Koper in-law, Joseph McVeigh, the uncle of Mrs Koper’s husband, Michael Koper, who detailed the opulent spending by the Christian network. According to Mr McVeigh’s accounts filed in his lawsuit, the network used their collections for side-by-side mansions in Florida, as well as in Texas, Tennessee and California.
The network’s $50 million luxury jet was purchased through a sham loan while Mrs Crouch’s personal jet, a Hawker, totalled $8 million, according to his suit. The 13 properties listed in the suit were also referred to as ‘guest homes’ or ‘church parsonages’ while their directors also received $300,000 to $500,000 in meal expenses, as well as the use of chauffeurs. The suit also accuses the network of using funds to cover up sex scandals according to the Times’ review of the suit.

As I say, we must always take secular media stories with a grain of salt, especially when it comes to reporting on religious matters. But as mentioned, even if just some of this news account is true, it is scandalous indeed, and another wretched testimony about Christianity.

Believers are to be above reproach. We are to live lives of integrity and holiness, seeking to honour Christ in all that we do and say. And we should not be slavishly following the world, especially as we seek to present the gospel. Living like kings when so much of the world is still struggling to get adequate food and clean water is really just not on.

And we have so many strong warnings about the snares of riches and wealth in Scripture. Don’t Christians read these passages? Don’t they take seriously what Jesus and the others said about all this? Just consider one passage given by Jesus. In the parable of the sower he specifically warns about the dangers of wealth:

“The seed falling among the thorns refers to someone who hears the word, but the worries of this life and the deceitfulness of wealth choke the word, making it unfruitful” (Matthew 13:22). There would be heaps of other such warnings.

But it is as if they are not there, or they are simply to be ignored if we wish to. We take such things as mere advice instead of clear commands. And as a result, we end up bringing great shame onto our Lord and our faith. We dishonour Christ and bring condemnation on Christianity when we cannot deal with wealth as it should be dealt with.

Again the biblical balance is crucial here. Just a few days ago I wrote about personal possessions and private property in Scripture. All this is OK, as is wealth creation, if used unselfishly for Christ and the Kingdom. Wealth can be a great blessing if we hang on to it loosely and let Christ be fully Lord over it.

But a lifestyle of greed, consumerism, materialism and rampant avarice is everywhere condemned in Scripture. And if we keep seeking to amass great wealth for ourselves, to consume it upon our lusts, it will destroy us in the end. All of us may not end up as a sad newspaper headline, but we will still all pay the price.

It is time to honour Christ with our money and our possessions as well as everything else. To seek to keep this area free of the control of Christ only proves that we are really none of his. So make your choice. As Jesus clearly said, “You cannot serve both God and money.” (Matthew 6:24).