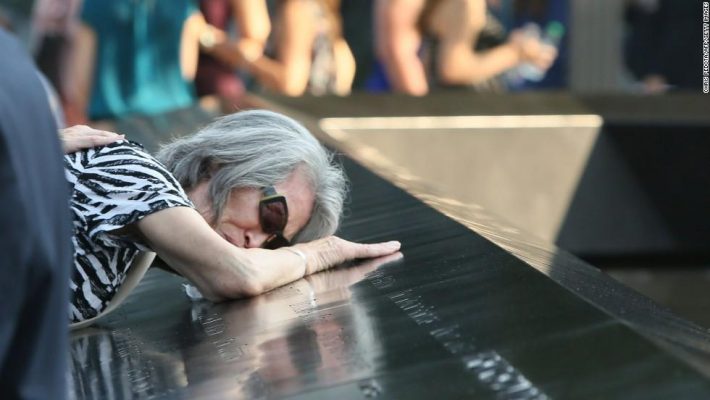 Mija Quigley of Princeton Junction, NJ embraces the name of her son Patrick Quigley who died aboard Flight 175 on September 11, 2001. She is at at the 9/11 Memorial during ceremonies marking the 12th anniversary of the 9/11 attacks on the World Trade Center in New York, September 11, 2013. AFP PHOTO / Chris Pedota / POOLCHRIS PEDOTA/AFP/Getty Images