In 300 well-documented pages, Gabriele Kuby makes it crystal clear that the sexual revolution has been every bit as wide-ranging and destructive as other fateful events such as the Russian revolution and the French revolution. The trouble is, the sexual revolution shows no signs of abating, but in fact is getting worse, damaging everything it touches.

The German sociologist released this book in 2012, but it has only recently been translated into English, and we all can be grateful that it has. It is a detailed look at the sexual revolution and its bitter fruit. She begins by examining some of the founding fathers of the sexual revolution, those who especially attacked the family unit, sexual morality, and the Christian churches. 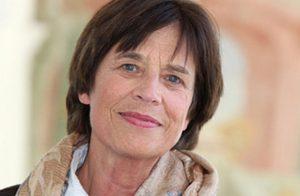 These include Karl Marx, Margaret Sanger, Wilhelm Reich, Alfred Kinsey, and John Money. These and others paved the way for the social upheaval and the sexual freefall we are still experiencing today. Bad ideas have bad consequences, and their many abhorrent and reckless ideas have been filtering through from top down, with our elites and activists force-feeding the masses on all this ideology and radicalism.

All the indicators and hallmarks of this revolution are carefully covered, including the gender bending agenda, the pornification of society, the push for all things homosexual, comprehensive sex education for children at the earliest ages, the relentless assault on marriage and family, abortion on demand, and so on.

“The child pornography market is booming the fastest. Every day, there are approximately 116,000 online searches for child pornography. It is estimated that 2 million children worldwide have been offered on the web or depicted in sexualized violence.”

Children are in fact the ones who suffer most in all the manifestations of the sexual revolution. Consider easy divorce:

“A survey in England of 1,600 children under 10 years old shows how severely children suffer from their parents’ divorces. To the question of what they would change if they were king or queen and could enact new laws, the most frequent answer was, ‘Ban divorce.’ Can children cry out their suffering and fear any louder than they did here?”

And with “homosexual marriage” we also have to have homosexual adoption rights. Once again the child is not even considered:

“When the state legitimizes same-sex outside adoption, it places the alleged rights of an adult minority above the welfare of the child. This contradicts all of Western legal tradition. Even biological parents do not ‘own’ their children but are merely ‘trustees’ with the task of providing the child with the best possible conditions for arriving at his or her unique individuality.”

Consider some of the totalitarian aspects of the sexual revolutionaries’ agenda. How many of you have heard of the Yogyacarta Principles? Not many I suspect. These are 29 radical principles formulated at a 2007 conference in Yogyakarta, Indonesia.

They are as radical as you can get, and many countries around the world have already committed to implementing them. Have a look at what Principle 2 says:

All moral criteria regarding how people deal responsibly with the power of sexuality are classified as “discrimination.” People’s essential moral distinction between right and wrong, good and evil, is to be forbidden as applied to sexuality. Human rights that may stand in the way, such as freedom of religion and freedom of conscience, are considered subordinate. People are no longer allowed to preach, teach, or be raised to believe that the purpose of sexuality is the bond of love between a man and a woman and the creation of children, even though stable heterosexual relationships are essential to the existence of society.

Other chapters explore in detail various nefarious aspects of this worldwide revolution. Besides providing plenty of specifics, she also is insistent that we see the bigger picture: the social and cultural revolution of the past half century is greatly restricting individual liberties while greatly expanding the power of the state. As the family is weakened the state is strengthened. Moreover, mediating structures such as churches also become weakened and further constrained.

When activist minority groups get state, UN and EU backing, along with a compliant media, then the war against individuals and churches which dare to differ intensifies, with increasing penalties for not going along with the agenda of the sexual revolutionaries.

Indeed, after detailing the pernicious effects of things like comprehensive sex education, Kuby lists twelve broad negative outcomes of the sexualisation of children by the state and why we must oppose this. These include:

-Deregulation of sexuality leads to cultural decay.
-Deregulation of sexuality destroys the family as the best environment for children.
-Sexualization robs children of their childhood.
-Uncertainty about masculine and feminine sexual identity due to gender mainstreaming leads to personality disorders.
-Concealing the risks of practicing homosexuality endangers young people.
-Representing broken family structures as “normal” prevents children from overcoming the painful psychological results.
-Destruction of the family leads to state control of childrearing.

Thankfully this book is not all bad news. She does offer hope. One chapter informs us about a resistance movement which is not buying this but is taking it all head on: “There is resistance, and there is successful resistance. Around the world, Christian churches, NGOs, individuals and institutions are working for a culture that respects the dignity of the human person and fights for life, marriage and family.”

She lists a number of these to give us some encouragement in the battle we face. And she reminds us that we all have a vital role to play in this:

It is always the individual who gets things moving—for better or for worse, however small or large the scale. They have a goal, commit themselves to it, inspire others, and create new opportunities—each person in his own walk of life. A bishop, a politician, an investor, a managing editor, a media celebrity, a philanthropist—each has special responsibilities and possibilities of influence; but everyone can make his own distinctive contribution to the good cause.

Quite so. As she succinctly put it in a recent interview, “As sex goes, so goes the family. As the family goes, so goes society. Sexual norms have a decisive influence on the whole cultural edifice.” Thus we have a job to do: to become informed about these issues, and then take action. Getting this book is a great way to begin.

7 Replies to “A Review of The Global Sexual Revolution. By Gabriele Kuby.”