Sometimes people I quite like can say the most foolish things. That is a really painful experience to have to go through. And that often happens when folks run with a fleshly, humanistic view of things instead of carefully siding with the spiritual, and what Scripture tells us.

Sadly this has just happened again – this time with John Zmirak. For what it is worth, I happen to normally quite like him, enjoy The Stream – which he helps edit – and very much enjoy his recent book The Politically Incorrect Guide to Catholicism – and I am not a Catholic.

But sadly the infectious disease known as Trumpism has gotten to him as it has to so many other religious leaders who really should know better. Drink even a little of this Kool-Aid and it seems your mind and morals quickly turn to mush. Biblical truths and values are easily abandoned and all manner of dodgy political rhetoric is used to justify the unjustifiable. 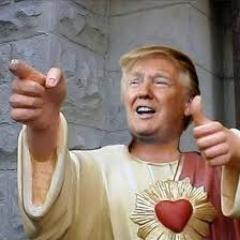 His new article is an appallingly bad piece which is all about manipulating Christians, and laying a guilt trip on them, if they do not run with Zmirak’s newfound messiah: Donald Trump. He suggests that if we do not run with Trump, we will all be persecuted as Christians.

So his solution? Easy – vote for Trump, and presto sasso, no persecution. Yeah right. Give me a break. I will tell you what guarantees persecution: faithfully and boldly following the Lord Jesus Christ and doing what he commands – it works every time.

Jesus explicitly promised us this would be the case, as did the early disciples. So I don’t need to wait for Hillary to get into office before I start facing persecution – I already am thanks. But he continues with this line, describing some lurid tales from the history of Christian persecution.

‘This will be your fate, O foolish Christian, if you don’t vote for Trump,’ he recklessly implies. Um, I know a bit about church history John, and I know Christians have been persecuted. And it is not because they made the wrong choice in some election. The more loyal they are to Christ and his teachings, and the less politically correct they are, the more likely they will be persecuted.

Or as I keep pointing out, what we have here is a choice between Ahab and Jezebel. Sorry, I can shill for neither one. Both are evil megalomaniac pagans who will equally bring America crashing down. I of course do not have to vote for either one, as John and others falsely insist.

There are plenty of other candidates running, and the biblical Christian should go with those who align with their Christian conscience and conservative principles. No outsider should seek to force or manipulate us to choose one of these two New York liberals. You might as well insist I choose between lung cancer and bowel cancer. I will take neither thanks.

In his piece he not once but twice tries to hold up Winston Churchill as some wild, pagan libertine but who nonetheless was a great leader. John, you should try reading the important volume by Sandys and Henley – God & Churchill – which carefully documents how Churchill was far more a man of faith than you would have us believe.

And just as importantly, for all his many faults, Churchill was a tremendous and gifted leader, and he was a strong and consistent conservative. Neither of these things can be said about Trump of course. I would vote for Churchill any day of the week if he were running now.

And John’s shameful attempt to downplay character and integrity is especially worrying, given that 2000 years of Christian (and later conservative) teaching and values that have always insisted on these very things. But in the humanistic new world of religious Trump devotees, character can just be chucked out the window, we can ignore everything Scripture says about this, and we can savagely deride conscientious Christians who think character does count as “perfectionists” and worse.

As I just wrote again a few days ago, the issue of character was the number one thing the Founding Fathers said we should look for in a political candidate. But with the Trumpites, all this can be jettisoned, along with all the biblical warnings we have about such things. Crass political expediency and humanistic concerns for outcomes only are now the name of the game for these religious Trump fans.

Like all the Trump groupies he runs with ludicrous lines attempting to shame others into supporting this guy. Here is another of his lulus: “It’s nonsense to line up every leader next to Jesus or even our ideal politician. I promise you, they will all fall far short.”

Um, earth calling John. I am not looking for Christ to run against Hillary. All I am asking for is a conservative to run – one with a modicum of character and integrity. Trump is, and has, none of this. I refuse to be drawn into a sham election where all we have are two lifelong lefties who both only care about themselves, and could not give a rip about America, the Constitution, and the things that matter.

It is strange that The Stream even ran with a piece this bad – except when we recall that John is a Senior Editor there. So anything goes when you are in charge I guess. And it appears that The Stream does not take comments, so we cannot gauge the reactions of its readers.

But I was very pleased to note that another PR manager for Trump, evangelical leader Eric Metaxas, who urged people to read this article, has had heaps of comments rightly blasting both men for this really bad piece. They displayed far more biblical and conservative thinking about Trump and the election than these two religious leaders have.

Sorry John, but disembowelling the Christian faith and principled conservatism in order to spruik for this charlatan and con artist does not impress me in the least. If you want to shill for Trump, fine, go right ahead, but please do not pretend you are doing it in the name of Christianity and conservatism.

The bottom line here is this: When Christian leaders try to lay a guilt trip on other Christians, effectively demanding that they vote for Trump or else, then they are listening to the siren sounds of Satan, not the Lord Jesus Christ.

Any true Christian leader knows that following a biblically-informed conscience is the way for believers to proceed here, not slavishly following the dictates of highly politicised leaders. Such unhelpful leaders might as well have demanded that the Israelites run with Ahab in order to resist Jezebel.

Yahweh and Elijah would have none of that, and neither will I.