Most folks are not thrilled about suffering, and rightly so. But Christians view suffering in a much different light than most. While we are not told to seek out suffering, it has a redemptive and faith-building role to play. Scripture makes it perfectly clear that suffering has many valuable purposes in the life of the believer, and we should not be seeking to avoid suffering at all cost.

Yet many popular preachers and megachurch leaders are filling their churches by telling believers that they can always be happy and wealthy and successful and live the good life, and never have to suffer. If suffering does occur, as in the form of sickness or poverty, it is said to be due to sin or a lack of faith.

But the Bible knows nothing of this nonsense. Everywhere the value of suffering is upheld and affirmed. Just a few such passages can be mentioned here. An entire book is devoted to this topic: Job. In it we read these stirring words: “Before [my trials] I heard of God, but now [after my trials] I have seen him” (Job 42:5).

The psalmist for example could speak about the important place of suffering, as in Psalm 119:67: “Before I was afflicted I went astray, but now I obey your word.” Similar thoughts are found in Psalm 119:71: “It was good for me to be afflicted so that I might learn your decrees.” 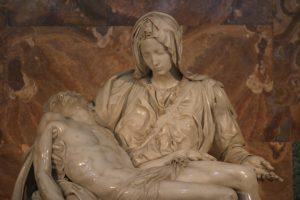 Jesus himself was known as the Suffering Servant as we read about in Isaiah 53. He was a “man of sorrows, familiar with suffering” (v.3). Or as we find in v.10: “Yet it was the Lord’s will to crush him and cause him to suffer, and though the LORD makes his life a guilt offering, he will see his offspring and prolong his days, and the will of the LORD will prosper in his hand.”

So it is God himself who at least allows suffering, if not brings it about for the good of others. The New Testament speaks about these truths as well. As enigmatic as it may be, we even read in Hebrews 5:8 that Jesus “learned obedience through what he suffered”.

And the NT also discusses the character-building role of suffering in the life of the believer. Romans 5:3-4 is a classic passage in this regard: “Not only so, but we also rejoice in our sufferings, because we know that suffering produces perseverance; perseverance, character; and character, hope.”

James 1:2-4 says much the same: “Consider it pure joy, my brothers, whenever you face trials of many kinds, because you know that the testing of your faith develops perseverance. Perseverance must finish its work so that you may be mature and complete, not lacking anything.”

The words speak for themselves. The truth seems to be that one cannot develop long-suffering, for example, without suffering long. Indeed, many of the virtues depend upon, or presume, certain hardships and trials. The furnace of affliction seems to be the best arena for developing those virtues.

And of course all the great saints of God have known about the value of suffering. It is the great educator, and a refiner of our character. Many have spoken about the invaluable role suffering has played in their lives. Let me refer to just some of these great men of faith:

“God had one son on earth without sin, but never one without suffering.”

“If you seek patience, you will find no better example than the cross. Great patience occurs in two ways: either when one patiently suffers much, or when one suffers things which one is able to avoid and yet does not avoid. Christ endured much on the cross, and did so patiently, because when he suffered he did not threaten; he was led like a sheep to the slaughter and he did not open his mouth.”

“Affliction is the best book in my library.”

“You must submit to supreme suffering in order to discover the completion of joy.”

“There is no university for a Christian like that of sorrow and trial.”

“I bear witness that some of the best things I have ever learned from mortal lips, I have learned from bedridden saints!”

“There are no lessons so useful as those learned in the school of affliction.”

“A trial is an instrument by which our Father in heaven makes Christians more holy.”

“Great faith is the product of great fights. Great testimonies are the outcome of great tests. Great triumphs can only come after great trials.”

“If you knew the value of trials, you would praise God for them more than for anything.”

“Though poor in this world’s goods, though grieving the loss of loved ones, though suffering pain of body, though harassed by sin and Satan, though hated and persecuted by worldlings, whatever be the case and lot of the Christian, it is both his privilege and duty to rejoice in the Lord.”

“Love is something more stern and splendid than mere kindness. . . . Kindness, merely as such, cares not whether its object becomes good or bad, provided only that it escapes suffering. As Scripture points out, it is bastards who are spoiled: the legitimate sons, who are to carry on the family tradition, are punished. It is for people whom we care nothing about that we demand happiness on any terms: with our friends, our lovers, our children, we are exacting and would rather see them suffer much than be happy in contemptible and estranging modes. If God is Love, He is, by definition, something more than mere kindness.”

“I am not arguing that pain is not painful. Pain hurts. That is what the word means. I am only trying to show that the old Christian doctrine of being made ‘perfect through suffering’ is not incredible. To prove it palatable is beyond my design.”

“I can say with complete truthfulness that everything I have ever learned in my seventy-five years in this world, everything that has truly enhanced and enlightened my existence, has been through affliction and not through happiness, whether pursued or attained. In another world, if it ever were possible to eliminate affliction from our earthly existence by means of some drug or other medical mumbo jumbo, as Aldous Huxley envisaged in Brave New World, the result would not be to make life delectable, but to make it too banal and trivial to be endurable. This, of course, is what the cross signifies. And it is the Cross, more than anything else, that has called me inexorably to Christ.”

“To be a follower of the Crucified means, sooner or later, a personal encounter with the cross. And the cross always entails loss. The great symbol of Christianity means sacrifice and no one who calls himself a Christian can evade this stark fact.”

“God will never disappoint us… If deep in our hearts we suspect that God does not love us and cannot manage our affairs as well as we can, we certainly will not submit to His discipline. …To the unbeliever the fact of suffering only convinces him that God is not to be trusted, does not love us. To the believer, the opposite is true.”

As I say, we are not to go out of our way looking for suffering – there is plenty in the world as is. But neither are we to seek to avoid all suffering we find ourselves involved in. Often it is allowed by God to teach us things, to mould us, to conform us to his son’s image.

God’s discipline will usually entail suffering in one form or another. But as we read in Hebrews 12:11, “No discipline seems pleasant at the time, but painful. Later on, however, it produces a harvest of righteousness and peace for those who have been trained by it.”

5 Replies to “With Christ in the School of Suffering”