Real faith rests upon a real gospel. Fantasy faith rests upon a fantasy gospel. Thus it is imperative that we get things right from the outset. Yet tragically the gospel being proclaimed from so many pulpits today and by so many church leaders is not the biblical gospel but a sugar-coated manmade gospel.

I have often written about this sad reality. We have men-pleasers all over the place, but those who seek to please God alone seem to be in short supply. I am reminded of a line by A. W. Tozer which fits in here: “I claim the holy right to disappoint men in order to avoid disappointing God.” 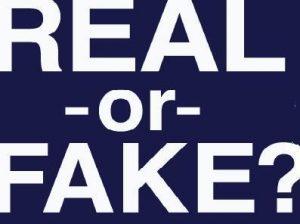 The strange thing is, if you simply read the gospels and the book of Acts you will find what Jesus and the early church clearly declared what the gospel message should be. And it is so alien to that which we so often hear today.

I read through the Bible each year, and at this time of the year I am back in the gospels. Every time I read them things seem to leap off the pages. And it all seems so foreign to the sorts of things we hear in churches in the West today. Consider what I just read in the gospel of Mark. Two brief verses in the opening of his gospel tells us all we need to know about the real gospel as opposed to a fantasy gospel.

Mark 1:14 says this: “After John was put in prison, Jesus went into Galilee, proclaiming the good news of God. ‘The time has come,’ he said. ‘The kingdom of God has come near. Repent and believe the good news!’” Wow, just a few short words, but they are packed with vital truths about the gospel and what it involves.

Did you notice how it opens? John the Baptist is in prison. Why was that? Was he caught in the act of shoplifting, or vandalising a building, or lying on his tax returns? No, much worse than that: he was proclaiming the gospel and standing up for its political and ethical ramifications, and the powers that be did not like it.

As we read in Luke 3:18-20, John did what most believers today refuse to do: he took his faith seriously in all areas of life, and dared to have a prophetic voice: “And with many other words John exhorted the people and proclaimed the good news to them. But when John rebuked Herod the tetrarch because of his marriage to Herodias, his brother’s wife, and all the other evil things he had done, Herod added this to them all: He locked John up in prison.”

Yet most Christian leaders today would have rebuked John and told him to stay out of politics and controversial social issues – ‘just preach the gospel’ they would have told him. Um, guess what: the gospel proclamation involves being salt and light, it involves having a prophetic voice to the surrounding religious and political culture, and it involves challenging evil wherever it is found.

Sorry, I will stick with John any day of the week here. His gospel witness puts so many evangellyfish leaders today to shame. His message was one that impacted all of life. His was not a privatised faith or a truncated gospel. His gospel was about a kingdom which was now becoming manifest.

And Jesus says the very same thing: “The kingdom of God has come near.” Entire libraries have been filled with books discussing the kingdom of God. Suffice it to say that when the king arrives, then his kingdom also arrives. Let me offer a few words from the helpful commentary on Mark by David Garland:

This is not routine revival preaching. Marcus comments that the word of the gospel is not the proclamation of “timeless spiritual realities.” “Rather, it is a word that announces an event, the coming of God’s new world, which is even now breaking into the present.” The coming of the kingdom of God is a central theme in the Gospel….
Jesus announces that the time of waiting for God’s intervention is over, which means that all that God had said and done in history is reaching its denouement. If Jesus is indeed the Christ, the Son of God, then the kingdom of God is at hand. But when God steps onto the stage of human history, it always comes as a surprise and as a scandal to those whose field of vision is limited only to finite human possibilities and whose time is measured only by the tenure of transient human kings. In the midst of the present moment, one can easily forget that God bestrides time and history and works by a different clock.
When Jesus proclaims the kingdom of God, he announces that the decisive display of God’s ruling power over the world is about to be unfurled. The reign of God is not a spiritual category but a dynamic event in which God intervenes powerfully in human affairs to achieve his unfading purposes.

As Mark Strauss comments, “The appropriate response to this kingdom announcement is to ‘repent and believe in the good news.’ Repentance means turning away from sin, and faith means acknowledging dependence on God. These are two sides of the same coin: repudiating a life focused on self and reorienting toward God and his purposes for the world.”

That repentance is a central message of John, Jesus and the disciples is clear from any simple reading of the New Testament. Yet today so many pastors and leaders refuse to even mention the “R” word, for fear of turning people off or rocking the boat.

Instead we tell people they should come to Jesus to be happy, healthy, wealthy and have their best life now. There is no mention of repentance and the cruciform life. There is no talk about non-Christians being sinners under the wrath of God headed to a lost eternity.

Instead of a God-centred gospel we offer a man-centred gospel. Such a gospel will save no one. If I were a gifted filmmaker I might offer this movie to the Christian community: “Honey, I Shrunk the Gospel”. For that is what we have done. We have a shrunken, truncated, reductionist, vapourish gospel. It cannot save.

Paul Washer had it right when he said this:

Paul’s gospel not only contradicted the religion, philosophy, and culture of the day, but it declared war on them. It refused truce or treaty with the world and would settle for nothing less than culture’s absolute surrender to the Lordship of Jesus Christ. We would do well to follow Paul’s example. We must be careful to shun every temptation to conform our Gospel to the trends of the day or the desires of carnal men. We have no right to water down its offense or civilize its radical demands in order to make it more appealing to a fallen world or carnal church members.
Our churches are filled with strategies to make them more seeker-friendly by repackaging the Gospel, removing the stumbling block, and taking the edge off the blade, so that it might be more acceptable to carnal men. We ought to be seeker-friendly, but we ought to realize this – there is only One seeker and He is God. If we are striving to make our church and message accommodating, let us make them accommodating to Him. If we are striving to build a church or ministry, let us build it upon a passion to glorify God, and a desire not to offend His majesty. To the wind with what the world thinks about us. We are not to seek the honors of earth, but the honor of heaven should be our desire.

Enough of a fantasy faith based on a fantasy gospel. The need of the hour is a biblical gospel which will produce biblical faith. Nothing less will suffice. And nothing else will transform dead sinners into living saints.