Politics is not everything and politics cannot save us. But the political realm is nonetheless quite important and we avoid political engagement to our own detriment. It is incumbent upon all believers to have some political awareness and involvement. If we don’t the other side will keep winning by default. 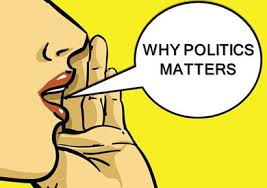 That means Christians should not only be informed voters and intelligent participants in a democracy, but also be willing to become a politician as well if God so leads. Evil triumphs in the political realm when good Christians do nothing politically.

While not everyone can stand as a candidate, we all can be active in the political arena by learning as much as we can, sharing as much as we can and seeking to be salt and light there. That includes getting in the public arena to share your political interests and being in touch with politicians to let them know your concerns.

Several recent political outcomes demonstrate the importance of Christian political involvement and engagement. The first comes from a vote taken just hours ago in South Australia. Another pro-euthanasia bill was introduced, debated and then voted on. Thankfully, the prolife side won, but only just. As one news report opens:

The 15th attempt to pass voluntary euthanasia laws in South Australia has failed by one vote in the South Australian parliament. After an overnight sitting, the latest bill was defeated in parliament’s lower house on Thursday morning on the casting ballot of speaker Michael Atkinson after MPs were deadlocked at 23-23 on a conscience vote. It had earlier passed a second reading vote, the first time such legislation had got so far.

This is tremendous news indeed. Various groups and individuals were involved in the SA battle, but we can mention the ongoing efforts of Paul Russell, the Adelaide-based prolife campaigner and director of HOPE. Here is what he said about the victory:

The second bill this year, the Death with Dignity Bill 2016, came closely on the heels of an abandoned recent attempt in the same South Australian Parliament to enact a ‘Belgium style’ bill. That bill was deemed to be a bridge too far for the parliament. The substitute new bill was seen by many to be more moderate – a ‘good-cop-bad-cop’ scenario.
The bill provided for assisted suicide as a preference but with euthanasia for people who, for whatever reason, cannot take the lethal drug themselves. Once the death is approved, there are no further checks or safeguards, including that further consent (in the case of euthanasia in particular) is not required. No authorized person need be present at an assisted suicide, placing people in their homes at particular risk.
For the first time in the history of the Lower House of the Parliament, the bill passed the first hurdle (called the second reading) by a margin of 27 votes to 19. As recently as 12 hours before the debate, the numbers were thought to be slightly in favor of the NO vote. Such has been the volatile nature of these debates over the last six weeks that change and uncertainty has become the norm….
The final vote was taken at 4:02 am. The house divided 23 votes to 23. The bill was defeated on the casting vote of the Speaker. There is no precedent for what took place in the early hours of this morning. History made at the second reading and then made over in the defeat of the bill at the last hurdle!

Well done Paul and all the others who fought so long and so hard on this, and to all those who stayed up all night to be there to see this mighty win. You set a great example for all of us to follow in.

Another important political battle almost succeeded in Victoria, but was defeated because it ended up in a tied vote. I refer to a motion to scrap the wretched Safe Schools program introduced in the state by Victorian MP Dr Rachel Carling-Jenkins. The Democratic Labor Party, which she represents, put out this on the attempted motion:

This was the first motion of its type in any Australian parliament. In speaking to this motion, Dr Carling-Jenkins drew attention to a number of issues about Safe Schools that have caused a high degree of concern among parents and experts in the fields of paediatrics, education and child protection.
From the outset, Dr Carling-Jenkins and the DLP have maintained that the bullying of any child, for any reason, is undesirable and unacceptable. Indeed, our children deserve the very best educational programs we can give them.
Safe Schools is ideological and less about bullying than furthering the political and social agendas of the LGBTI movement to which it is intimately connected. Instead of being indoctrinated with such theories and agendas, our children deserve a program that builds their emotional intelligence and eradicates all forms of bullying, without controversy, without confusion, without causing concern to parents and without ideological bias.

Groups like the ACL were also involved in this battle. Said Dan Flynn of the Victorian ACL about the 18 who voted for it:

These MPs were standing up for thousands of parents who had not been consulted in the implementation of this program which is, according to its founder, Roz Ward, ‘not about stopping bullying…but about supporting gender and sexual diversity’.
The MPs voted on a motion from Democratic Labour Party MLC, Dr Rachel Carling-Jenkins, which called for the removal and subsequent review of the program. The motion has elevated the voice of Victorian parents concerned about their children being taught that gender is fluid and that Safe Schools continues in Primary schools, transitioning boys into girls and girls into boys.
We must remember that in Victoria the Safe Schools program still endorses material that teaches ‘chest binding’ so that girls can appear as boys, despite the Federal Education Minister Simon Birmingham demanding that these links be removed. Unfortunately, the Government, The Greens and the Sex Party remain together in supporting the controversial program and hence the vote to remove Safe Schools was tied at 18 all.

Well done Rachel and all the others who got involved in this absolutely essential battle. We salute you, and hope that in the political fights ahead, we may win a few more. Without champs like you in Parliament, we would be getting nowhere fast.

Finally a brief story of a pleasant political victory coming out of America:

Could it be the year of the underdog? The presidential election wasn’t the only contest to see an upset. Oregon Labor Commissioner Brad Avakian, who came to national attention for heftily fining a local bakery that refused to make a wedding cake for a lesbian couple, lost. Avakian, a champion of the LGBTQ community, was running for Secretary of State. As labor commissioner since 2008, Avakian often made news for his tough calls against businesses discriminating against gay and transgender customers.
The most noteworthy was when Sweet Cakes by Melissa refused to make the wedding cake for the same-sex couple in 2013, citing the owners’ religious beliefs. Shop owners Melissa and Aaron Klein were ordered to pay $135,000 in emotional damages. They were also told they couldn’t refuse customers based on sexual orientation….
In the end, the opponent, Dennis Richardson won 48% of the popular vote, beating Avakian by nearly 100,000 votes. The victory makes Richardson the first Republican to win a statewide office in Oregon since 2002.

Ah, a bit of sweet justice there! These three stories should remind us all in no uncertain terms just how important politics is and why we all must be involved in the political realm. Sure, we win some and we lose some, but on some occasions we can have some very substantial victories indeed.

But refusing to be involved will mean that we will just keep on losing – and everyone suffers if that happens. Let me conclude with a few useful quotes from past and present and the place and importance of politics:

“The price of apathy towards public affairs is to be ruled by evil men.” Plato

“A society of sheep must in time beget a government of wolves.” Bertrand de Jouvenel

“I am in politics because of the conflict between good and evil, and I believe that in the end good will triumph.” Margaret Thatcher

22 Replies to “The Importance of Political Involvement”