We all know about those who will betray you and turn on you for various reasons – we have all experienced it and it sure is not pleasant. But it is a normal part of life alas, and the Christian is certainly not immune from this. Believers can easily be betrayed and abandoned, even by those closest to them.

The most obvious and most horrific example of betrayal in the Bible is of course that of Judas. All four gospels discuss in detail how Judas betrayed Jesus for his lousy pieces of silver. But the Bible throughout offers examples of treachery and betrayal.

For example in Jeremiah 12 we read about Jeremiah’s complaint, and then Yahweh answers him, beginning in verse 5. Here are his opening words:

If you have raced with men on foot
and they have worn you out,
how can you compete with horses?
If you stumble in safe country,
how will you manage in the thickets by the Jordan?
Your relatives, members of your own family—
even they have betrayed you;
they have raised a loud cry against you.
Do not trust them,
though they speak well of you.
“I will forsake my house,
abandon my inheritance;
I will give the one I love
into the hands of her enemies.” (Jeremiah 12:5-7)

And Jesus warned his disciples that this would happen as well: “Brother will hand brother over for execution, and a father his child. Children will rebel against parents and have them put to death” (Matthew 10:21).

Paul could talk about those who had forsaken him and had betrayed the gospel. The Pastoral Epistles speak to this quite often, for example: 1 Timothy 1:18-20; 1 Timothy 4:1-2; and 2 Timothy 3:1-9. So the Bible provides examples of this and frequently warns against it. 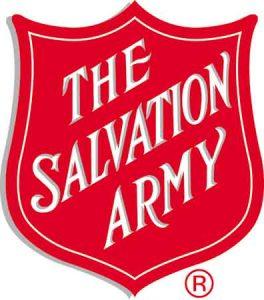 And we see this playing itself far too often in church history. Simply consider those German Christians who not only refused to defend their faith over against the rise of the Nazis, but the many who actually sided with this evil regime. This was betrayal of a tall order.

But there are plenty of other ways in which believers can betray the gospel and betray their Lord. We see this happening everywhere with the area of homosexuality. One church after another, one leader after another, and one Christian after another is caving in here, capitulating and compromising.

They are betraying the clear teachings of Scripture as they run with the world’s immoral agenda instead of staying faithful to Christ and his teachings. We learned today of another prime example of this. It seems that the Victorian Salvation Army is now fully in favour of the diabolical and rabidly pro-homosexual “Safe Schools” program.

But don’t take my word for it – this is what they say on their own website about this:

The Salvation Army Supports Safe Schools Initiative
The Salvation Army supports the Safe Schools Coalition Victoria in its initiative designed to reduce homophobic and transphobic behaviour and create safe learning environments for all students. The Salvation Army is concerned by the very high level of bullying, higher levels mental health issues and the highest rates of suicidality of any group in Australia for same-sex attracted and gender diverse young people. The Salvation Army’s Victoria State Council (VSC) has been aware of the negative claims about the Safe Schools program and its related materials but believes these to be unfounded.
Chair of VSC, Major Dr Geoff Webb says “Our social policy unit has reviewed the official teaching resources provided by the Safe Schools Coalition and the four official guidelines. It has also studied the independent review commissioned by the Australian government, together with other materials. None of the negative claims made about the program accurately reflect anything in the official materials reviewed.
“Provided schools adhere to official teaching resources and the official guidelines, there should be no issues with Safe Schools. We support the provision of safe learning environments for all students,” Webb says.
Dr Webb notes that a Federal Government independent review found that the four official guides are consistent with the aims of the program and are appropriate for use in schools. “Our findings are consistent with the government’s review,” Webb says, “and the resource All of Us is consistent with the aims of the program, is suitable, robust, age-appropriate, educationally sound and aligned with the Australian Curriculum.”
The Salvation Army in Victoria has welcomed the Andrews Government commitment of additional funding to ensure that every Victorian secondary school is involved in the Safe Schools programme by the end of 2018.

Um, why do I think William Booth would be rolling in his grave right now if he saw this betrayal of the gospel and this capitulation to the agenda of the world? This would without question send him reeling with dismay and disbelief.

Of interest is the fact that just a few months ago I was a speaker at a public meeting on Safe Schools. I warned of its many clear dangers and how no real Christian could support such a program. During the Q&A period I was asked about why some Christian organisations would actually support this terrible program.

I answered by saying that many church groups are getting government funding, and they refuse to rock the boat therefore. They seem more keen on getting that money than in standing true to biblical principles and values. While many groups came to mind, I did mention how the Salvation Army seems to be a case in point here.

I said they used to be part of the Family Council of Victoria, but then pulled out a bit later. Why? They are getting government funding, and when the FCV started challenging the Victorian government on its pro-homosexual agenda, the SA left our group.

Interestingly, when the meeting concluded, I had a rather upset SA officer come up to me and mildly rebuke me. I of course did not know he was in the audience, and assured him that I was not picking on the Salvos, as there were many other groups I could have used as an example.

So I offered a brief apology and I took his calling card. Sadly, I now cannot find his card (and I really did spend quite a bit of time trying to find it), as I wanted to call him first and talk about all this before writing this article. But given the SA position on this, I wonder if this officer knew about this all along? I may never know.

But it is clear that the Victorian SA has let us all down big time by making this unwise and unbiblical step. Indeed, reading their website article, they seem no different than the Greens or any other radical left group. They simply parrot all the nonsense about this being some really neat and helpful program.

It is nothing of the sort of course, as I have documented in 26 other articles now. See here for more on just how horrible this program is: billmuehlenberg.com/category/education/safe-schools/

And I am not just some wild outsider recklessly carrying on here. I am in regular contact with numerous Salvos from both Australia and overseas. They too have told me how devastated they are not only by this act of betrayal, but by so many other cases of SA compromise and capitulation.

They have been lamenting for years now the sad decline and implosion of a once great Christian organisation. As with so many others, it is often now little more than a secular social action organisation. Yes they are doing much good in many areas. But when they play down or in fact betray their own gospel foundation, then they might as well just be any other secular aid group.

And I personally know many genuine on-fire Christians who are Salvos. Some of them have even contacted me today about this very matter. They are devastated, and rightly so. I am not saying that the SA is now utterly defunct and a waste of time, or that there are no real believers left amongst them.

In many places it is still doing a great – and a great Christian – job, and many of its members are true disciples of Jesus Christ. But sadly many of its leaders and localities are no longer what they are meant to be. They have betrayed the gospel for a mess of radical secular left porridge. They have adopted the agenda of the world, while ditching the biblical agenda.

I must remind them of some very strong words from their founders, William and Catherine Booth:

“If we are to better the future we must disturb the present.” Catherine Booth

“Here is the reason why we have such a host of stillborn, sinewless, ricketty, powerless spiritual children. They are born of half-dead parents, a sort of sentimental religion which does not take hold of the soul, which has no depth of earth, no grasp, no power in it, and the result is a sickly crop of sentimental converts. Oh! the Lord give us a real, robust, living, hardy, Christianity, full of zeal and faith, which shall bring into the kingdom of God lively, well-developed children, full of life and energy, instead of these poor sentimental ghosts that are hopping around us.” Catherine Booth

“We are not sent to minister to a congregation and be content if we keep things going. We are sent to make war and to stop short of nothing but the subjugation of the world to the sway of the Lord Jesus.” William Booth

“The chief danger of the twentieth century will be religion without the Holy Ghost, Christianity without Christ, forgiveness without repentance, salvation without regeneration, and heaven without hell.” William Booth

65 Replies to “Compromised Christianity: On Treachery and Betrayal”