There is no question that the word “love” is one of the most misunderstood, mangled and abused words going around today – at least in the West. And worse yet, this would be fully true of countless Western Christians as well. They have gutted the biblical content of this word and filled it with the world’s trendy and faulty understanding of it.

They may not take it to mean mere lust, as so many folks do, but they do basically think of it in terms of emotions and feelings. Thus the “loving” thing to do is whatever makes you feel good. And it would never mean making someone else feel uncomfortable or uneasy or unhappy. Love would never offend anyone they think.

But hopefully you can see here what is so very wrong with this: they have stripped love entirely of its biblical content. Primarily, they have thought they could divorce love from truth. But there is no such thing as biblical love which is separated from the truth. Biblical love will often involve something we easily shrink back from: confrontation and truth-telling. 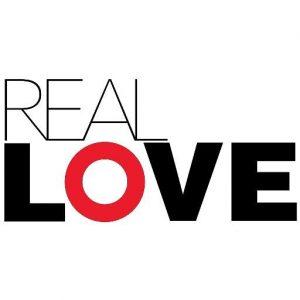 Biblical love is about willing the highest good of the other person. And that can often entail confrontation. As C. S. Lewis put it, “Love is not affectionate feeling, but a steady wish for the loved person’s ultimate good as far as it can be obtained.” And this kind of love will involve truth telling.

Telling the truth may hurt people, but if you really love someone, you will prefer that they are hurt with the truth instead of allowing them to live in falsehood and deception. As Paul Washer said, “Truth is meant to wound.” If you want people simply to like you, do not tell them the truth. But if you love them, you will tell them the truth, even if it is painful and offensive to them.

This is real love, and this is how it operates in everyday life as well. It hurts to be told by your doctor that you have a deadly cancer growing in your body, and that only radical invasive surgery can stop it. But such truth is the most loving thing the doctor can say. Imagine if he said nothing because he did not want to upset you or hurt your feelings?

When a sinner is heading to a lost eternity, or a believer is allowing sin free reign in his life, the most loving thing the Christian can do is speak the truth and warn them about their perilous condition. Saying nothing is not being loving in such cases – it is in fact being hateful.

So real love will often hurt others – but for their good. And often for their eternal good. Of course we are told to speak the truth in love, and godly confrontation should be done prayerfully, carefully, humbly and with tears. It should grieve us to do so just as it grieved Paul.

Plenty of biblical passages could be appealed to here on all this. One obvious text is Galatians 4:16: “Have I now become your enemy by telling you the truth?” Paul had to confront the Galatians, and it got many folks quite upset. But Paul had a divine obligation to stand up for truth and confront falsehood.

Let me concentrate on just one other text, also from Paul. I refer to 2 Corinthians 7:8-10 which says this:

Even if I caused you sorrow by my letter, I do not regret it. Though I did regret it—I see that my letter hurt you, but only for a little while—yet now I am happy, not because you were made sorry, but because your sorrow led you to repentance. For you became sorrowful as God intended and so were not harmed in any way by us. Godly sorrow brings repentance that leads to salvation and leaves no regret, but worldly sorrow brings death.

Here Paul rebuked the Corinthians because of some sin issue, and he did so because he cared about them. He loved them enough to tell them the truth. This would have been risky for Paul of course. They could have gotten all bent out of shape and told Paul to get lost.

They could have gotten so offended and upset that fellowship would have been broken. But Paul knew what had to be done – this was just too important to remain silent about. He knew that he had to ruffle some feathers and rock the boat. True love meant that he had to do this.

And sure enough, they did get upset. They were grieved and hurt and distressed. They had a very strong reaction to this (now lost) severe letter that had brought so many tears to Paul (2 Cor. 2:4). But thankfully his hard words of rebuke paid off, and the offenders repented and got back into a right relationship with God.

So Paul rejoices in the grief they had to go through. Getting back to the surgery imagery I used above, John Chrysostom wrote, “Like a father who watches his son being operated on, Paul rejoices not for the pain being inflicted but for the cure which is the ultimate result. He has no desire to cause harm for its own sake.”

Genuine love then sometimes involves being willing to hurt others for their ultimate good. I quite like what Sam Storms has said about this passage in his 2 volume set of meditations on 2 Corinthians: A Sincere and Pure Devotion to Christ (Crossway 2010). So let me quote a large slab of it here:

Often we excuse our failure to speak truth into a person’s life because of the pain and emotional discomfort it may cause them. We live under the assumption that genuine love will do whatever it can either to prevent or alleviate the immediate distress in the object of our affection. To permit their pain to continue, or to act in such a way that it might even increase, is in the minds of many misguided folk a sign of cold indifference at best, and calloused hatred at worst.
For example, we are told repeatedly today, both inside and outside the church, that if we love the homosexual we will accept their orientation and behavior and refrain from words of judgment or any suggestion that their lifestyle might be immoral. If we truly love the sincere Buddhist we will not speak ill of his faith or insist on the exclusivity of Christ, but bless him in his chosen path and embrace him as a child of God. If we truly love our professing Christian brother who has abandoned all local church life because of his disgust with its purported hypocrisy, or for some related reason, we will affirm his decision and wish him well during his time on the golf course or at Starbucks on Sunday morning.
All this reminds me of an interview I recently saw with James I. Packer concerning the reasons for his unwavering stance against the blessing of same-sex unions in the Anglican Church. Packer was asked if this was an expression of love. Yes, he replied, because true love would never tolerate or overlook a fault in the beloved that might well issue in their eternal ruin.
To ignore sin in the name of love is not only unbiblical, it also betrays the very nature of love itself which, by definition, always seeks the ultimate spiritual welfare of its object, even at the expense of immediate personal peace.
It’s also an act of cowardice. Confrontation is hard and we typically prefer finding a way to avoid it. Appealing to our “love” for the person as an excuse for not speaking biblical truth concerning their unrepentant sin is the worst and least loving thing one can do and displays a greater devotion to self than to the sinner. It means, in effect, that we prefer our own emotional peace and sense of well-being above their conformity to Christ and perhaps even their eternal destiny. That hardly qualifies as “love” in any language.

This is a lesson today’s believers surely need to learn. We have abandoned almost altogether the notions of loving rebuke and caring confrontation in particular, and church discipline in general. But if we claim to love as God loves, then we will be involved in all these things as we proclaim truth and seek the good of those we are in relationship with.

Biblical love involves confrontation and truth telling. It may involve more than this, but not less. Once again C. S. Lewis gets it right on such matters, so let me close by offering some great thoughts from his important volume, The Problem of Pain:

Love is something more stern than mere kindness. . . . There is kindness in Love: but Love and kindness are not coterminous, and where kindness (in the sense given above) is separated from the other elements of Love, it involves a certain fundamental indifference to its object, and even something like contempt of it. Kindness consents very readily to the removal of its object – we have all met people whose kindness to animals is constantly leading them to kill animals lest they should suffer. Kindness, merely as such, cares not whether its object becomes good or bad, provided only that it escapes suffering. As Scripture points out, it is bastards who are spoiled; the legitimate sons, who are to carry on the family tradition, are punished. It is for people whom we care nothing about that we demand happiness on any terms; with our friends, our lovers, our children, we are exacting and would rather see them suffer much than be happy in contemptible and estranging modes. If God is Love, He is, by definition, something more than mere kindness. And it appears, from all the records, that though He has often rebuked us and condemned us, He has never regarded us with contempt. He has paid us the intolerable compliment of loving us, in the deepest, most tragic, most inexorable sense.