I am rereading the book of Numbers. As the title implies, there are a lot of numbers found here – lists of Israelite tribes and census enumerations for example. There are also portions of the law being given. But there is also plenty of narrative action, dealing with the wilderness wanderings just prior to the entry into Canaan (especially chapters 11-25).

One major theme found so frequently in this book, sadly, is that of human rebellion against God and against his chosen leaders, Moses and Aaron. Over and over again we read about how the people murmur, complain, rebel and resist.

And so often they whine about how bad things are, and how they want to go back to Egypt. Consider just a few of these: 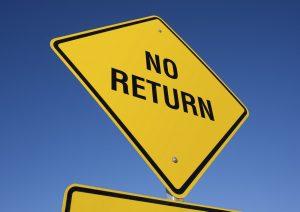 The rabble with them began to crave other food, and again the Israelites started wailing and said, “If only we had meat to eat! We remember the fish we ate in Egypt at no cost—also the cucumbers, melons, leeks, onions and garlic. But now we have lost our appetite; we never see anything but this manna!” (Numbers 11:4-6)

That night all the members of the community raised their voices and wept aloud. All the Israelites grumbled against Moses and Aaron, and the whole assembly said to them, “If only we had died in Egypt! Or in this wilderness! Why is the Lord bringing us to this land only to let us fall by the sword? Our wives and children will be taken as plunder. Wouldn’t it be better for us to go back to Egypt?” And they said to each other, “We should choose a leader and go back to Egypt.” (Numbers 14:1-4)

Then Moses summoned Dathan and Abiram, the sons of Eliab. But they said, “We will not come! Isn’t it enough that you have brought us up out of a land flowing with milk and honey to kill us in the wilderness? And now you also want to lord it over us! Moreover, you haven’t brought us into a land flowing with milk and honey or given us an inheritance of fields and vineyards. Do you want to treat these men like slaves? No, we will not come!”

What is so incredible about this passage is the fact that the phrase “a land flowing with milk and honey” is always used of the Promised Land. Yet here the rebels actually use that phrase to describe their place of bondage: Egypt! Talk about a rebellious, unfaithful and ungrateful lot!

Yahweh was certainly not pleased with all this sin, rebellion, and lack of faith, and he dealt with it very harshly indeed. We see this particularly in two main acts of judgement. First, the journey from Egypt to the Promised Land which should have taken just eleven days on foot ended up taking over 38 years.

Second, the entire generation that left Egypt died in the wilderness, and only two men, Joshua and Caleb, entered in to Canaan (along with a new generation). So the promises of God were delayed by a generation because of unbelief and rebellion.

All this tells us how seriously God took the obstinacy and sin of the Israelites. Thus we need to heed the lessons contained in this book. Many Christians over the years have indeed drawn upon the spiritual lessons found in Numbers. And rightly so. The New Testament directly tells us the book is full of examples and warnings for us. Paul in 1 Corinthians 10:1-13 for example says this:

For I do not want you to be ignorant of the fact, brothers and sisters, that our ancestors were all under the cloud and that they all passed through the sea. They were all baptized into Moses in the cloud and in the sea. They all ate the same spiritual food and drank the same spiritual drink; for they drank from the spiritual rock that accompanied them, and that rock was Christ. Nevertheless, God was not pleased with most of them; their bodies were scattered in the wilderness.
Now these things occurred as examples to keep us from setting our hearts on evil things as they did. Do not be idolaters, as some of them were; as it is written: “The people sat down to eat and drink and got up to indulge in revelry.” We should not commit sexual immorality, as some of them did—and in one day twenty-three thousand of them died. We should not test Christ, as some of them did—and were killed by snakes. And do not grumble, as some of them did—and were killed by the destroying angel.
These things happened to them as examples and were written down as warnings for us, on whom the culmination of the ages has come. So, if you think you are standing firm, be careful that you don’t fall! No temptation has overtaken you except what is common to mankind. And God is faithful; he will not let you be tempted beyond what you can bear. But when you are tempted, he will also provide a way out so that you can endure it.

As David Pawson puts it, “Numbers was written for the Jews in order that later generations might learn to fear God. It was, therefore, written for Christians too, so that we might learn from their failures.” And the lesson of promise and fulfilment, and living between the two, is just as true for us today as it was for the Israelites.

As Iain Duguid states in his expository commentary, “The story of the book of Numbers is written to a people whose lives are lived between the accomplishing of their redemption and its consummation, between the exodus and the Promised Land.”

And that is pretty much the way it is for us Christians. We too live between the ages, with redemption gained, but our final glorification not yet realised. We live between the times, and we must remain faithful and obedient until we get to the final destination.

But like the Israelites of old, we too keep craving for what we left behind. We keep pining for the good old days of our Before Christ experience. We may have left Egypt, but Egypt has not yet left us. So we keep wavering between forward movements in holiness and sanctification, and backwards movements of sin and disobedience.

In 1882 Irish preacher C. H. Mackintosh said this about what is found in Numbers 11:

Here the poor human heart lets itself thoroughly out. Its tastes and its tendencies are made manifest. The people sigh after the land of Egypt, and cast back wistful looks after its fruits and its fleshpots. They do not say anything about the lash of the taskmaster, and the toil of the brick-kilns. There is total silence as to these things. Nothing is remembered now save those resources by which Egypt had ministered to the lusts of nature.
How often is this the case with us! When once the heart loses its freshness in the divine life — when heavenly things begin to lose their savour — when first love declines — when Christ ceases to be a satisfying and altogether precious portion for the soul — when the word of God and prayer lose their charm and become heavy, dull, and mechanical, then the eye wanders back toward the world, the heart follows the eye, and the feet follow the heart. We forget, at such moments, what the world was to us when we were in it and of it. We forget what toil and slavery, what misery and degradation, we found in the service of sin and of Satan, and think only of the gratification and ease, the freedom from those painful exercises, conflicts, and anxieties which attend upon the wilderness path of God’s people.

Given how God dealt with the disobedient, the rebellious, and the unfaithful back then, we really had better take heed, lest we also fall. We too are always tempted to want to go back to Egypt. Scripture insists however that only those who persevere to the end will be saved, as Jesus put it in Matthew 24:13.

Or as we read in Hebrews 10:35-36, “So do not throw away your confidence; it will be richly rewarded. You need to persevere so that when you have done the will of God, you will receive what he has promised.” There are many other New Testament passages which warn about not giving up or falling away, but urge us to remain steadfast.

In sum, there are various themes which run through the book of Numbers. One is that of promise or rejection. R. Dennis Cole says this in his commentary about this:

The land that had been promised to Abraham’s descendants was rejected by the vast majority of the Exodus generation. As Davies noted, “their behaviour was characterized by a blatant ingratitude and contempt for Yahweh’s purpose … a blatant repudiation of the beneficent acts of Yahweh in redeeming them from bondage.” In the wilderness the Israelites longed for their former status of safe enslavement rather than yearning for the fulfillment of God’s promise in the temporary uncertainty of their freedom. The wilderness, Brueggemann has pointed out, presents two sharply antithetical views: “The wilderness is the route of promise on the way to land, or the wilderness is unbearable abandonment to be avoided by return to slavery.” The land and its produce were to be the crowning evidence of God’s goodness and faithfulness, yet an unfaithful and rebellious generation would rather die in the barrenness of the desert than inherit God’s richest blessing.

If all this theology is a bit too much for some, many of you might recall a classic Keith Green song on this: “So You Wanna Go Back To Egypt”. He makes similar points in a much more melodious format, so let me close by linking to this great song:

6 Replies to “Going Back To Egypt”