This passage can seem to be rather jarring. That is, it does not appear to fit in with what we know about basic Christian teaching. The passage in question, Matthew 24:36, has Jesus saying this: “But about that day or hour no one knows, not even the angels in heaven, nor the Son, but only the Father.”

But, is not Jesus God? So how can Jesus not know certain things? Is he not omniscient? Good questions, but in one sense the solution is actually somewhat straightforward (that is, if a discussion about the Godhead and the divine persons can ever be described as straightforward). 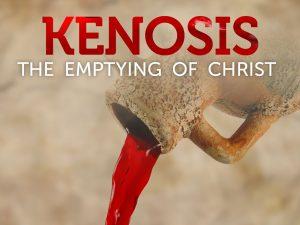 Let me provide context for this text before going any further. Matthew 24-25 comprises what we call the Olivet Discourse (for the simple reason that Jesus gave his teachings while on the Mount of Olives). Chapter 24 deals with various issues about the end times, while chapter 25 contains three parables relating to preparedness for the end.

Jesus speaks about certain events pertaining to the end times, and in verse 36 of Ch. 24 he makes the statement we are now examining. So how are we to understand this? The answer lies in the traditional Christian understanding of the person and work of Christ.

We believe Jesus Christ is the second person of the Trinity. So with the Godhead we speak about one God in three persons. However with the incarnation of Christ we speak about one person with two natures: Jesus has a human nature as well as a divine nature.

So it is in that context that we must understand this verse. And other New Testament passages deal with this, chief of which is Philippians 2:5-11. The first three verses say this:

In your relationships with one another, have the same mindset as Christ Jesus:
Who, being in very nature God,
did not consider equality with God something to be used to his own advantage;
rather, he made himself nothing
by taking the very nature of a servant,
being made in human likeness.

The crux of this passage is verse 7 and how we are to understand the bit about Jesus making himself nothing, or emptying himself, as other translations have rendered it. Oceans of ink have been spilled on this one, but we must seek to understand how the key Greek word, kenosis, is being used theologically here.

Of what did Christ empty himself? Did he stop being divine during the incarnation? Did he empty himself of his divine attributes? While theologians who are more liberal have developed full-blown kenosis theories, arguing such positions as this, most conservative scholars believe what is being said here is that Christ simply self-limited himself as he became a man in the Incarnation.

Thus he limited the use of some of the divine attributes that belonged to his divine nature, such as omnipotence and omniscience. As a real man he was dependent on and obedient to the Father. He was empowered by the Spirit in his earthly ministry, so in that sense he emptied himself. But he did not cease being God.

As a divine being he had perfect knowledge, but as a man he grew in strength and knowledge just like anyone else. In this respect he was subordinate to the Father. How these two natures in one person interact and cohere is of course the stuff of mystery. Biblical revelation only takes us so far in all this.

But this is the NT framework for understanding this passage. Let me appeal to a few commentators here to further elaborate on all this. As Michael Wilkins comments:

While he did not in any sense give up his deity, Jesus voluntarily limited the use of those divine characteristics so that he could experience human life in its entirety (cf. Heb. 4:14-16). It was only at the will of his Father that he could use his divine attributes, if it was the Father’s will for him to do so. He acted primarily in his humanity and was empowered by the Spirit….
The independent use of his supernatural knowledge was limited to whether it was the Father’s will for him to use it. In his earthly ministry Jesus came to do the will of his Father in heaven. It was not the Father’s will for him to know the date of his return during his time on earth. In his human consciousness, Jesus restricted himself to normal human knowledge while retaining omniscience in his divine nature. On other occasions he demonstrates supernatural knowledge of the present and the future (e.g., John 2:4; 4:17-18; 6:70; 11:4, 11; 13:10-11, 38).

A quite helpful discussion of this can be found in Daniel Doriani’s commentary on this verse. He is worth quoting at length:

Jesus is omnipresent, yet he travelled from place to place by foot (typically) or by boat or donkey (occasionally). When Jesus wanted to go to Jerusalem, he walked. He didn’t stand in Capernaum and tell the disciples “Since I am omnipresent, I am already in Jerusalem, so I’ll stay here and see you there when you arrive!” When he walked, he laid aside his omnipresence.
Jesus is omnipotent, yet unless he ate food, he became hungry. Without sleep, he became tired. Eventually he slept–hard (Matt. 8:23-25). He did not draw on his omnipotence to fill his empty stomach or to refresh his weary body.
Jesus is omniscient, yet he laid aside his knowledge too. Jesus asked genuine questions in the Gospels. In Mark 5:30-32, Jesus asked “Who touched me?” and “looked around” to see who it might be. In Mark 9:16, he asked the disciples, “What are you arguing about?” In John 5:6, he asked a man how long he had been sick. On other occasions, he asked visitors, “What do you want me to do for you?” (Matt. 20:32; cf. 20:21).
Indeed, if Jesus had constantly exercised his divine attributes, he would not have led a genuine human life. If he endured no human limitations, his incarnation was a charade. If the crucifixion caused Jesus no pain, how could he suffer for us? If no bodily desires touched him, how can we say he was “tempted in every way” as we are (Heb. 4:15)?
So Jesus truly did not know when he would return. He did not need to know, nor do we. He finished his work, so he is ready to return.

As mentioned, all this takes us into mysterious territory. How a fully human nature and a fully divine nature could coexist in one person is something we will never fully grasp. The early church fathers sought to deal with all this, and some of the creedal affirmations they came up with are hard to improve upon.

Thus the Chalcedon Creed (from the Council of Chalcedon, 451) is still worth running with. It reads in full:

Therefore, following the holy fathers, we all with one accord teach men to acknowledge one and the same Son, our Lord Jesus Christ, at once complete in Godhead and complete in manhood, truly God and truly man, consisting also of a reasonable soul and body; of one substance with the Father as regards his Godhead, and at the same time of one substance with us as regards his manhood; like us in all respects, apart from sin; as regards his Godhead, begotten of the Father before the ages, but yet as regards his manhood begotten, for us men and for our salvation, of Mary the Virgin, the God-bearer; one and the same Christ, Son, Lord, Only-begotten, recognized in two natures, without confusion, without change, without division, without separation; the distinction of natures being in no way annulled by the union, but rather the characteristics of each nature being preserved and coming together to form one person and subsistence, not as parted or separated into two persons, but one and the same Son and Only-begotten God the Word, Lord Jesus Christ; even as the prophets from earliest times spoke of him, and our Lord Jesus Christ himself taught us, and the creed of the fathers has handed down to us.

So Jesus as God had all knowledge, but Jesus as man had limited knowledge. This was not about Jesus being any less than God, but about humility and servanthood. Indeed, if we return to the Phil. 2 passage, that is the very point Paul makes. For example in v. 8 he says this:

And being found in appearance as a man,
he humbled himself
by becoming obedient to death—
even death on a cross!

This hard-core theological and Christological truth is being used to remind Christ-followers to also be humble. As he says in verses 3-5:

Do nothing out of selfish ambition or vain conceit. Rather, in humility value others above yourselves, not looking to your own interests but each of you to the interests of the others.
In your relationships with one another, have the same mindset as Christ Jesus:

So the Matthew text is not implying that Jesus is somehow not divine, or less than divine. It is restating what Paul stated in Phil. 2 and elsewhere. Jesus in his incarnation voluntarily limited the use of his divine attributes. Jesus did not empty himself of the divine attributes, but the use of those attributes.

That in good measure is how we explain a verse like Matthew 24:36.